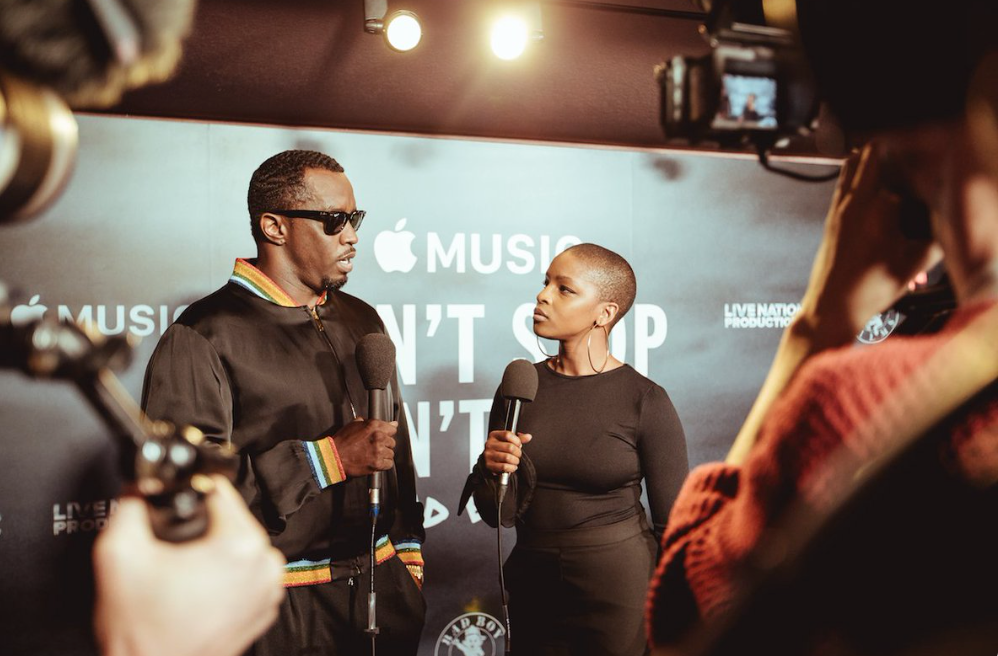 Julie Adenuga has sat down with Diddy as part of a special week of programming on Beats 1 dedicated to the legacy of Puff Daddy.

The UK hip-hop scene has gone under a radical transformation since Diddy featured Tinie Tempah and Tinchy Stryder on the ‘Hello Good Morning’ remix from 2010 and talking to Julie, Diddy says there’s more to admire about UK music than ever before.

He said: “In London it was the rock era, Oasis, that type of vibe, you had rappers but they were trying to conform and fit in to US rap, what I love about the current state of London hip-hop is there’s no conformity, and the purity of it is that their creating their own genre of hip-hop.”

In a chat that also takes in his new film, Diddy also reveals his love of UK fans began when they shouted “soccer chants” during a concert at Wembley Arena.

THE CHAT with THE @DIDDY is happening HERE ? https://t.co/Zy05qMKzZd NOW! #CantStopWontStop OUT NOW! pic.twitter.com/jtgLZTHEFI

To celebrate the release of Puff Daddy’s Can’t Stop Won’t Stop: A Bad Boy Story on Apple Music, Beats 1 are hosting an array of shows to mark the occasion.