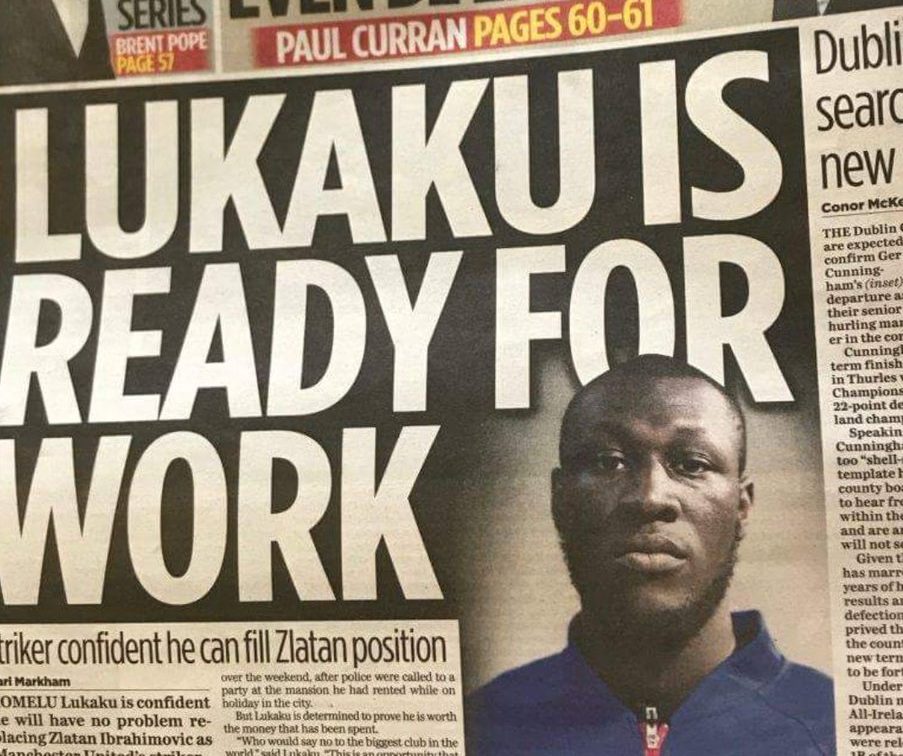 An Irish newspaper has caught a case of mistaken identities.

The Evening Herald has come under rightly-deserved fire after printing a story about Romelu Lukaku’s move to Manchester United – but with a photo of Stormzy instead of Old Trafford’s new signing.

The newspaper used a photo of Stormzy in a Manchester United tracksuit, taken by Soccer Bible for an interview they ran with the rapper last year.

The grime star has long been compared with the Belgian striker, making light of the fact by calling himself the “grime scene Lukaku” in ‘Wicked Skengman Part 4’.