Earlier this week, Stormzy unveiled his most creatively ambitious project to date, with ‘Gang Signs & Prayer’ (The Film) premiering in London’s YouTube Studios.

A conceptual 15-minute film, GSAP details the formative influences around a young protagonist, loosely based on the south London MC. At the premiere, esteemed filmmaker and music video director, Rollo Jackson, helped to describe his and Stormzy’s first creative project – the adidas Originals mini-movie ‘Know Me From’ in 2016 – served as a prelude to their work here.

Eventually acclimatising to each others methods and quirks, both were effusive in their praise for one another, with Stormzy revealing Jackson’s involvement was more than enough to convince him to take on the project.

Following the initial impact from the film, warmly received in all quarters, we allowed time for the dust to settle, before connecting for a brief chat with Rollo for a bit more context behind the finished product. 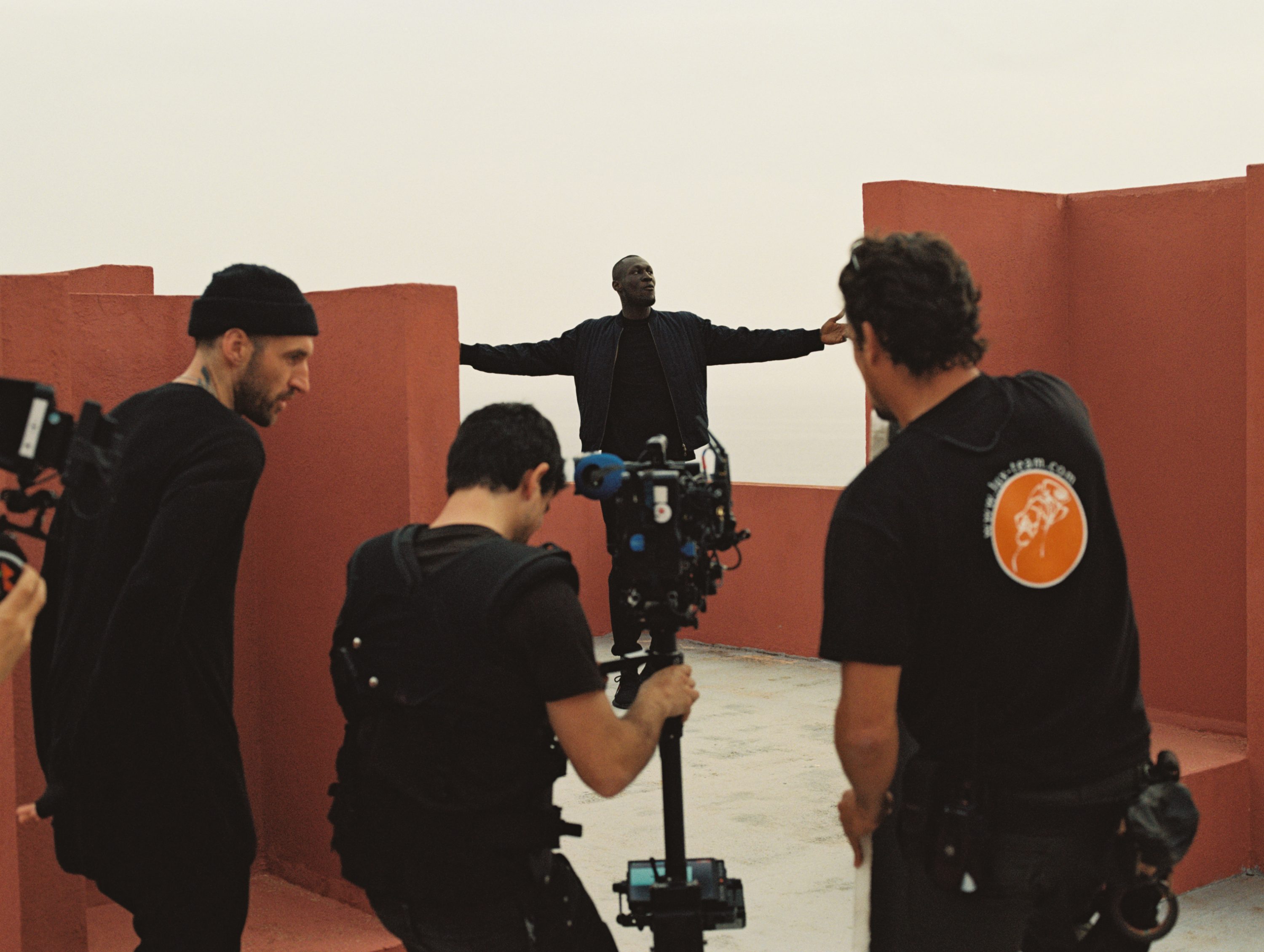 VERSUS: Tell us about the background of yourself and your production studio, Somesuch.

Rollo Jackson: I’ve been working with Somesuch for a number of years on music videos, documentaries and commercials. They’ve always done things a little differently, I feel they’re up for taking on challenging projects and as a result, we’ve made some of my favourite work together.

How did you come to know Stormzy?

I first worked with Stormzy on a film for Adidas that we shot in Tokyo. That went really well so the conversation to a follow up film was always open. Throughout last summer I made several studio visits and saw the album coming together so by around Christmas time I had a good idea of its themes and overall vibe and after that I started working on a script that would mirror that.

It’s pretty wide open, to be honest with you. I’ll always have a place in my heart for garage and jungle because that’s what I grew up with. More recently? Vince Staples, Francis + The Lights, ABRA, Sporting Life, Kendrick, pretty much anything on Trilogy Tapes, too. 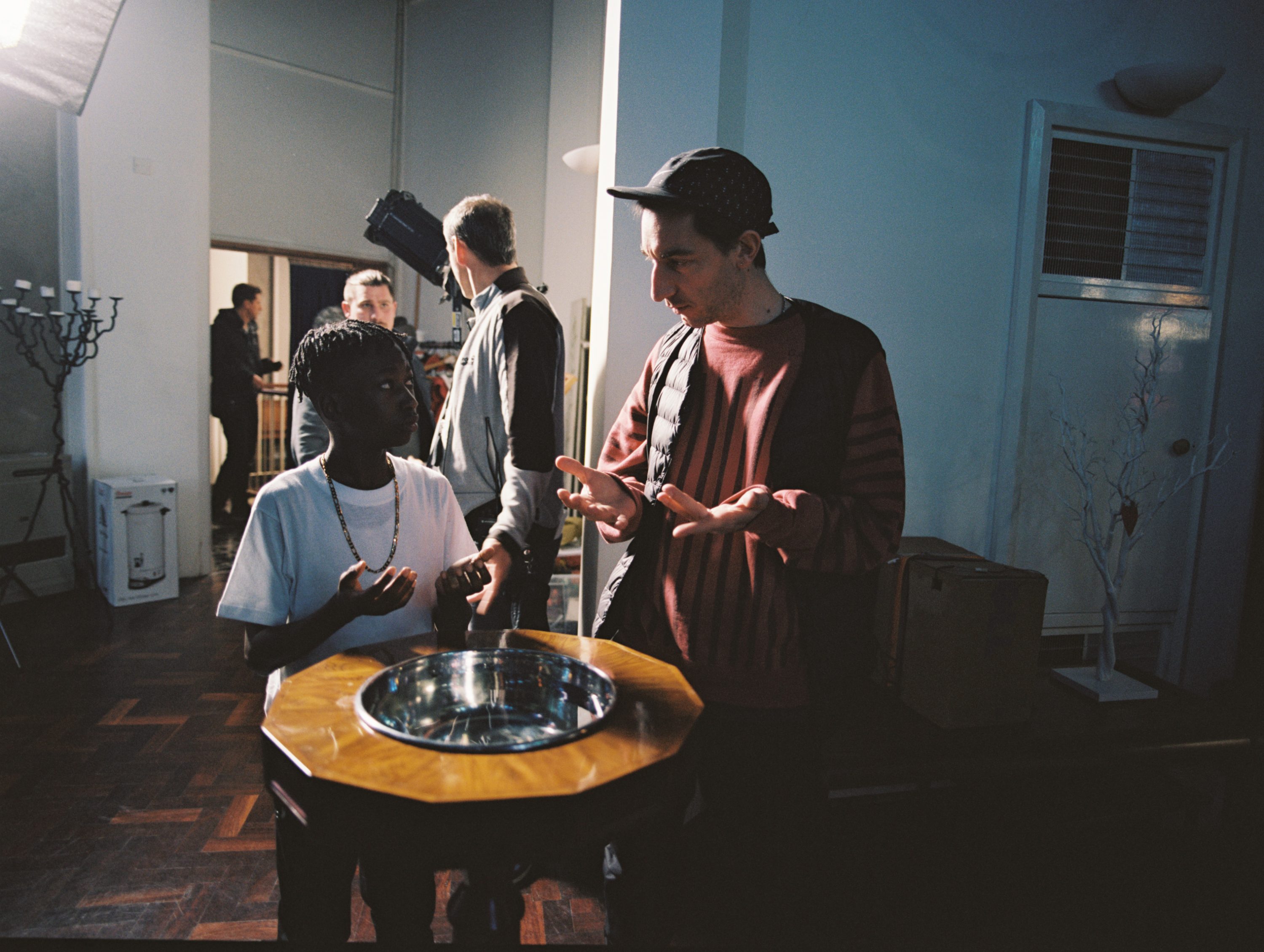 How much scope were you given in crafting the story?

We spoke a lot about the album and talked through ideas for the film in the early stages, but then the album went bananas on its release so I had to run with developing the script with input from various friends. Fundamentally though, it’s simply about choices and influences that kids go through, and eventually have to figure out.

What were some of the challenges in shooting the film?

La Muralla Roja, the Spanish location we shot Stormzy performing in, was right in the middle of nowhere but I’d been desperate to shoot there for a while. That, coupled with the fact that I wanted Stormzy to almost have this role of narrator, it meant that it seemed like the perfect location. Abstract, upside down, pastel-coloured – inverse of London almost, so it was definitely worth the struggle.

What’s next in the pipeline for you?

More music films! And a couple of different projects that I’m working on, but more as a creative director, I’m really excited about that.