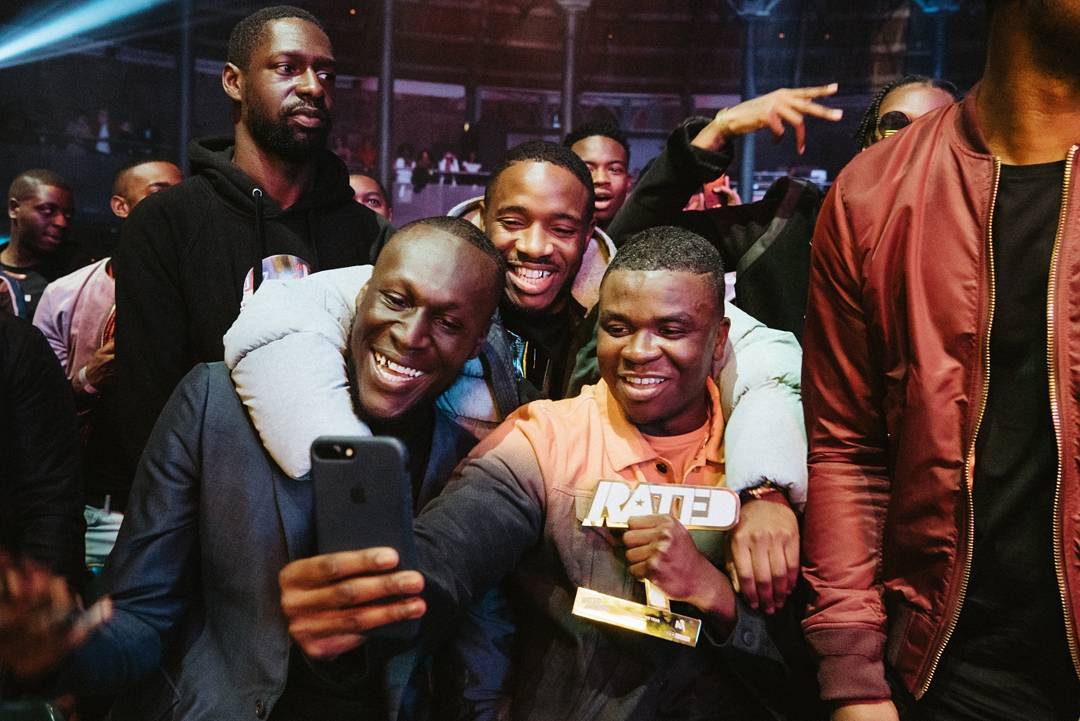 The best of the UK’s music scene descended on the Roundhouse in Camden last night for the third annual Rated Awards, hosted by Manny Norte and Joelah Noble.

Among the big winners on the night, Stormzy took home the award for Artist of the Year and Best Video, Michael Dapaah was awarded Best Personality, whilst Charlie Sloth made it a hat-trick of consecutive Best DJ awards.

A night low on controversy nonetheless manage to create a few headlines, particularly as Lethal Bizzle was awarded the GRM Legacy Award.

Presenting Bizzle with the award was MistaJam, who took a moment out to take shots at Love Island contestants/grime scene tourists, Chris and Kem. Eulogiisng on Bizzle, he went on to say “He runs his own record label and kept a certain couple of culture vultures and put them in their place. Leave it Chris and Kem, you bunch of dickheads.”

Responding to a report in the Metro, on last night’s comments, rather than palm them off as an alcohol-fuelled gaffe, Mistajam took to Twitter and doubled down on his stance.

Is it shade when it’s factual? Asking for a friend ? https://t.co/ieMQcENaTB

Away from the hype and drama and back to what really matters, check out the full list of winners below.