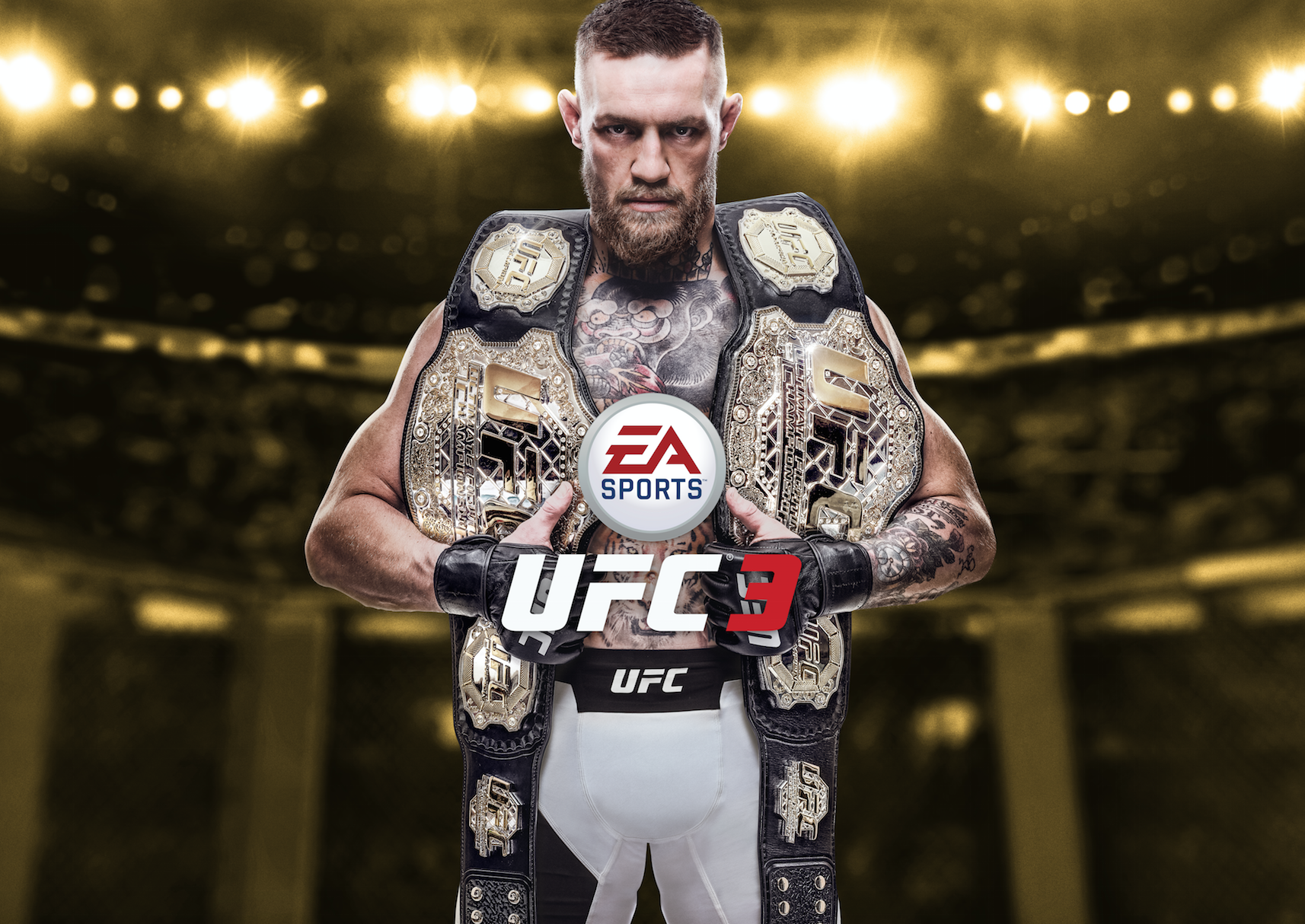 Conor McGregor has been announced as the global cover athlete for EA Sports UFC 3, which drops worldwide on February 2nd.

The Irishman has been rewarded for being the only UFC to ever simultaneously hold two titles and will be the face of the official UFC video game for the second time.

The announcement of McGregor as the cover athlete came in line with UFC 3’s official trailer, which showcases Real Player Motion (RPM) tech for the first time, which delivers the most fluid and responsive motion graphics in the franchise’s history.

EA SPORTS UFC 3 also introduces the new G.O.A.T. Career Mode where – for the first time – the choices made throughout your career impact your path to greatness. Outside of fights, players will make promotional choices to build hype, gain fans, earn more cash through big contracts and capture the world’s attention. A new in-game social media system allows players to create heated rivalries with other UFC athletes, providing the freedom to take on any type of persona, between cool-headed contender or infamous trash-talker.

EA SPORTS UFC 3 will be available worldwide on February 2 for Xbox One and PlayStation4. Pre-order the Champions Edition now and receive early access.