I sat down with Ryan Bertrand in an environment that wouldn't be atypical for most Premier League footballers. We linked up at an opulent hotel in London as the defender was being styled for a red carpet appearance at the GQ Men of the Year awards, and prepared to run through the standard litany of subjects up for discussion with England internationals: recent form, World Cup hopes and life at his club team.

We quickly learned that Ryan Bertrand isn't the same as most athletes. Football is the most important part of his life story but it doesn't define him. The defender first dabbled in stocks and shares at 18-years-old and recently fronted a start-up that aimed to make trading more accessible. He also made headlines earlier this year when he used his platform to help those affected by the Grenfell tragedy.

When Bertrand is wearing OFF-WHITE, it's because he's genuinely inspired by Virgil Abloh's creative process and when he talks about music, it's with a resonance and insight that goes beyond casual fandom.

Ryan Bertrand's story so far is one of passion, ambition and sincerity. VERSUS linked up with the 28-year-old to talk entrepreneurship, philanthropy and how grime has birthed a new breed of football players. 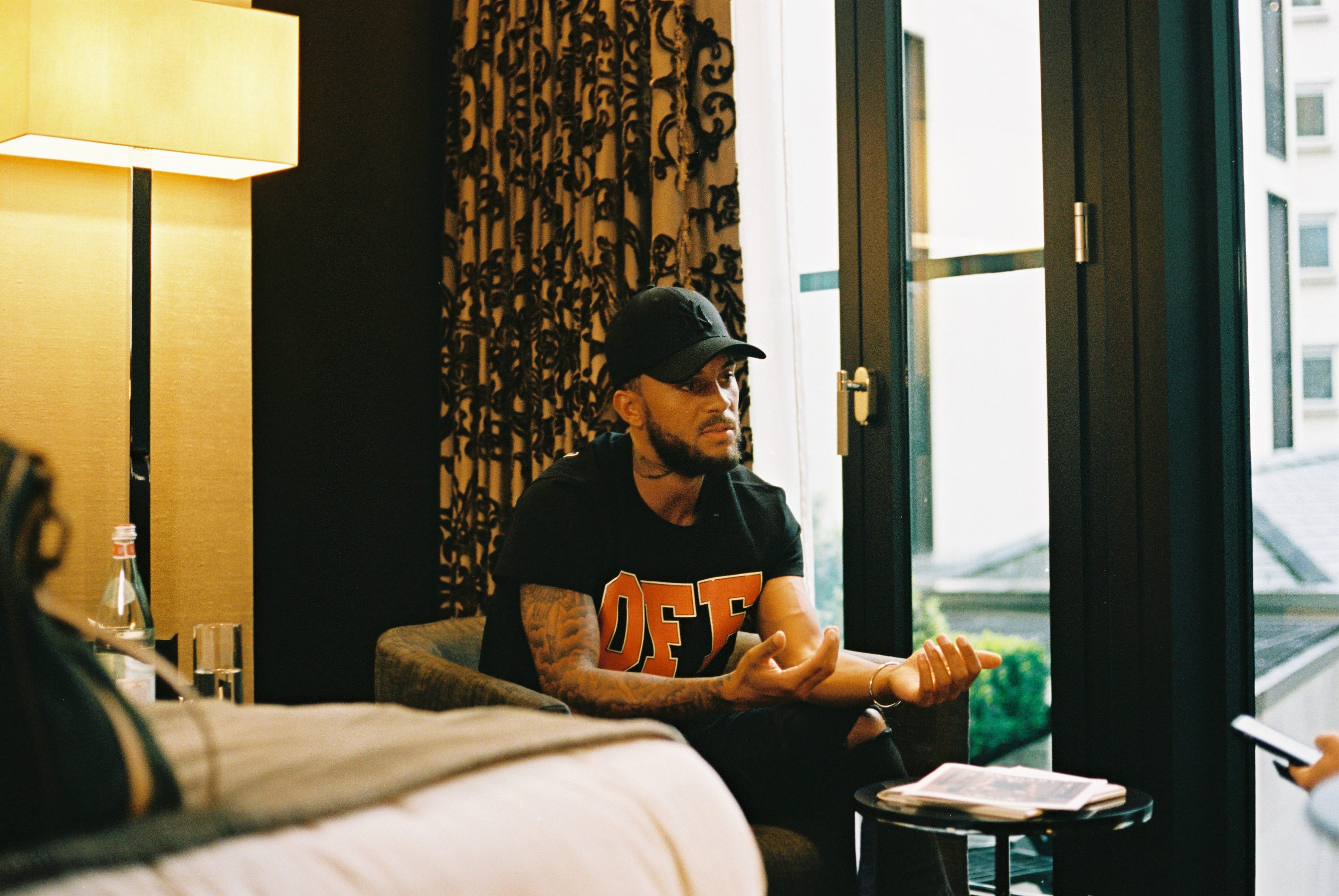 VERSUS: The first thing I’m drawn to sitting opposite you is the OFF-WHITE you’re repping. Are you big into streetwear?

Ryan Bertrand: I’m a big fan of Virgil but it depends what type of mood I’m in. I’m a big fan of OFF-WHITE because they like to chop things up and look at things differently. Virgil’s expression is great. From a clean sense, if I’m on a cleaner date, I like brands with real class like Louis Vuitton.

There’s a real movement right now of high-end streetwear brands looking to sportswear for inspiration. Virgil Abloh’s “The Ten” is a prime example of that. Is that clash of worlds of extra interest to you as an athlete?

Definitely. That’s what modern culture is. In cities right now, it’s all about having a cool and casual vibe. Sportswear gives everyone the chance to be cool but, in how it’s evolving, still quite smart in some sense.

Taking things right back to the beginning, what are your first memories of football?

Ian Wright really captured football for me growing up. It might have been a prestige thing – seeing him with his gold tooth – but also an ethnic and cultural thing; he looked like me and gave me a real role model in football, as someone who was excelling and setting records.

Definitely. And I don’t think a minute went by when he wasn’t smiling. That’s a very powerful thing, to enjoy life, and I try to take that value with me wherever I go.

“I use music to bring that south London kid out of me…the confidence, the arrogance.”

At what point in your life did you start playing football?

There was actually a real contrast in my childhood because I started playing football on the streets under the tower blocks of Bermondsey but before secondary school I moved to Kent from south London, as a lot of families do, which felt like a completely different world. It was a lot greener and there were a lot more football clubs, which did benefit me. But my grounding was street football.

The idea of playing football on concrete pitches or in estates is still a fairly new thing and I think we’re beginning to see the fruits of that style of play with guys like Dele or Marcus Rashford on the England team, who are very quick and technically adept. Do you think playing in cities helped your game?

I don’t think it’s necessarily the pitch that makes the difference but the urban environment. I think that’s what separates the players that make it from those that don’t. They have this inner confidence and when you’re on the streets, you have to develop confidence or you won’t survive. It can be a hostile place. Everyone thinks they’re Ronaldo when their young so only the mentally strong survive. Music’s important in that too, actually…

How do you mean?

Music has a powerful way of adapting the mind so it’s a huge motivator, especially in London. To this day, I use music to bring that south London kid out of me…the confidence, the arrogance. Because when you’re out on that pitch, no one can save you apart from yourself. It’s a team game but when things are tough it can be a very lonely place.

So your London identity is tied up with how you carry yourself on the pitch – is it the same with your music choice before a game? Are you a grime guy on game day?

I like to keep it UK most of the time because it really brings my attitude and confidence out in a way that US music doesn’t, because I relate to it. Giggs is huge right now and I’m hooked on Fredo at the moment, he’s dropped a few big anthems that I’ve got on my playlist. 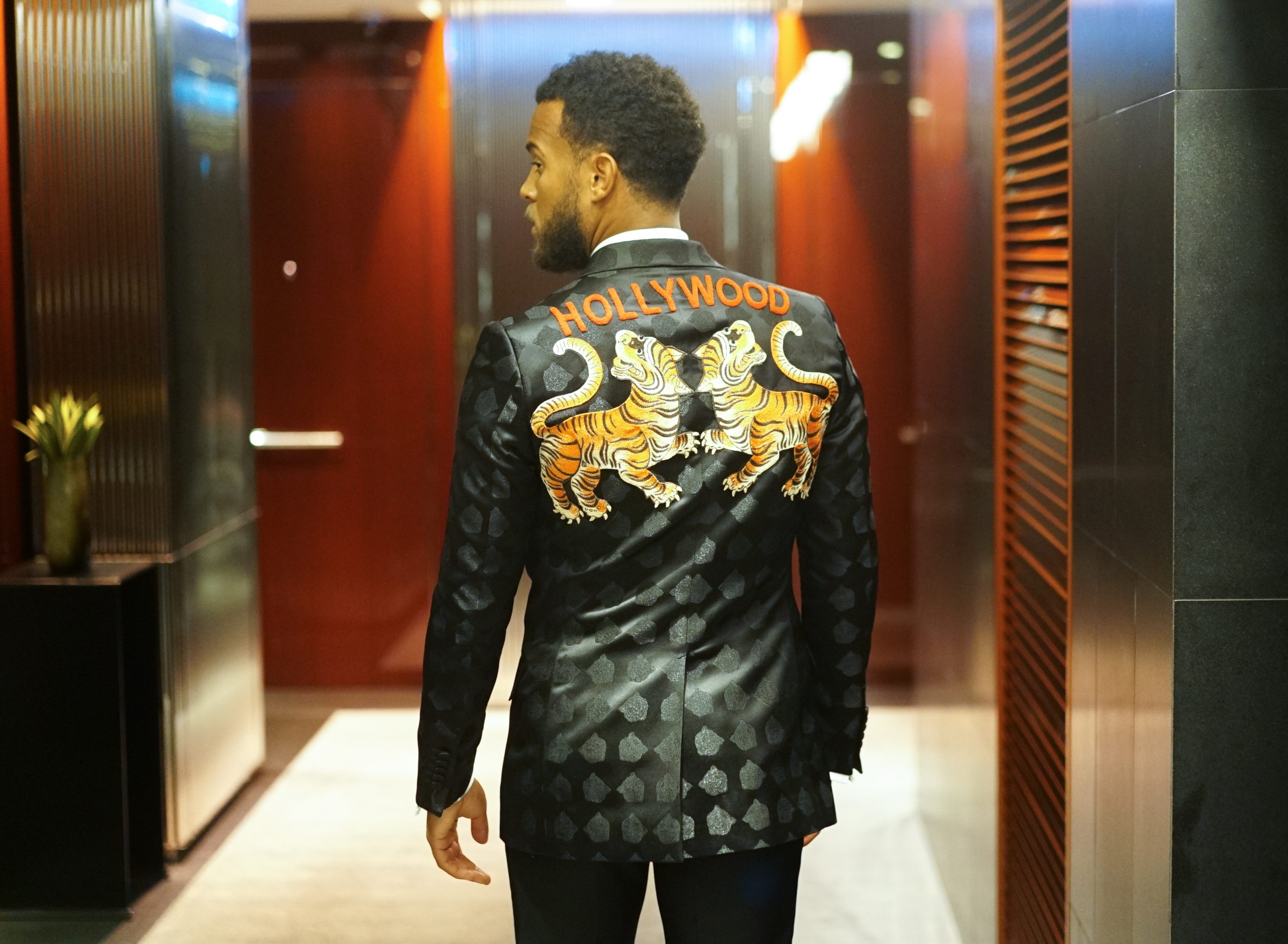 “I wanted to do more for Grenfell and take some responsibility.”

London’s obviously important to you and you were very vocal about helping the communities affected by the Grenfell fire. What made you speak up?

There’s so much drama in the world and I don’t know whether that’s because the world actually is more dangerous in 2018 or because technology and media has made this stuff more visible…but it was an event that I felt I could help. You can’t help all causes but this felt like it was on my doorstep and it felt like I had a relationship with these people. Those are the living conditions that I was raised in and it struck a nerve. I wanted to do more and take some responsibility.

Do you take your position as a role model seriously?

Not all the time. I don’t really see myself as a role model but it’s important that when I can affect something for the better, that I do. I want to be able to use who I am or who I know to make a difference.

At what point did football move from something that you enjoyed with your mates to being a thing that you knew you were going to build your life around?

Really late. I always enjoyed it and I used to play football for three different teams. When I was at Gillingham I used to play for another team on a Saturday and a third on a Sunday. They’d split their kick-off times just so I could make it to both. I never took it too seriously and I think that was important, too. I grew up around people who had pushy parents or their dad on their backs but for me, my mum was always calm and told me to enjoy myself. Joining Chelsea was the point at which my mindset truly switched and I became a professional, in my own mind.

Onto Chelsea and I guess your breakthrough, at least on a global stage, was the Champions League final in 2012. How do you look back at that day?

It becomes more mad the further away we get from it, it was over five years ago and that’s crazy to me. Things happen so fast. When the manager told me I was going to play, I was prepared. I had a different upbringing to most players in that team, I’d had lots of loans and in footballing terms I was experienced…not in terms of that scale or level, but certainly in minutes. I was at Nottingham Forest and the manager at the time, Billy Davies – a Scottish man, a crazy man (laughs) – he used to scream at us; ‘play the f****** game and not the occasion’. I remembered that philosophy on that night. In the tunnel, as the Champions League anthem played, that was what I thought…just play the game. When you strip it back, it’s always just another game.

You’re at Southampton now and it’s a club that always seem to be gradually moving forward. How are you finding life there?

It’s been a great experience. At Southampton I’ve found a home where I can really focus and begin to establish my game. I wanted to show people the type of player I really am because as a young player, when you’re put out on loan or playing under lots of managers in a short space of time, you don’t always get a chance to form an identity on the pitch. I feel like I’m doing that now at Southampton, I’ve got a consistent platform to show people what I can do. 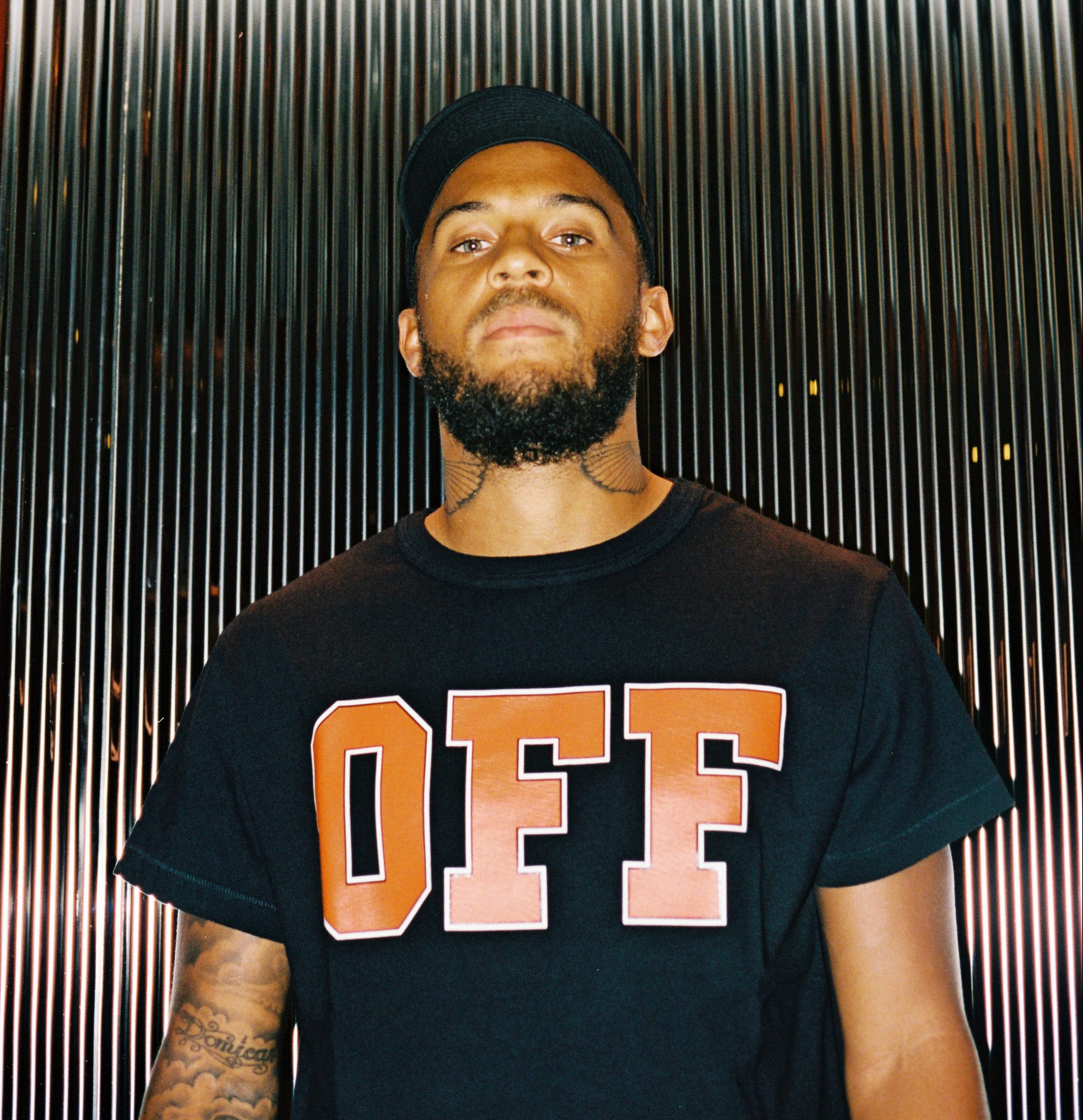 “I can’t just wait until the end of my career and hope things will happen, I want to stay ahead of the curve.”

You’re busy off the pitch too and you’ve got another life as a serial entrepreneur, which is kept under wraps a little bit. When did you clock that business was a passion of yours and something else you had a knack for?

I actually think everyone has it. Everyone wants a better life for themselves, the key is finding something you’re good at and something you can make a difference in. You also need to be in it for the right reasons, you need to be able to add value and make people’s lives better. Looking back at my life in London as a kid, there wasn’t a day going by when my mum didn’t work – she always, always worked. She left the house early, came back late and was a real role model for me. I got it all from her.

Are there ever any challenges or conflicts of interest in managing your football career with outside projects?

Nah, you have to make time. If you want to get better at football, you need to train more and in business it’s a similar philosophy, I need to make time to get better. I can’t just wait until the end of my career and hope things will happen, I want to stay ahead of the curve.

And you’re making a move into eSports next?

Yes, eChampions. It’s all about connecting the worlds of sport and culture via eSports, bringing athletes and artists together via a love of video games. It fits our philosophy because we’re sticking to what we know. I’m lucky to have grown up with games and we’re living in a time where eSports is about to blow and already is in some cases. I was playing SNES, Mega Drive, PS One…it’s a passion of mine. With my involvement in football also, it seems a perfect market to go to.

I’m going to guess FIFA 18 is a big passion point for you and a lot of your team mates, in that case?

100%. FIFA binds people together. You haven’t got to be a huge gamer to love FIFA and that’s what makes it such an interesting phenomenon, it connects with so many people.

I’m always interested by Jay Z and Elon Musk. Jay Z seems like an obvious one for a young guy but Musk, he’s really trying to change the world. He’s always striving to make things that bring the world forward.