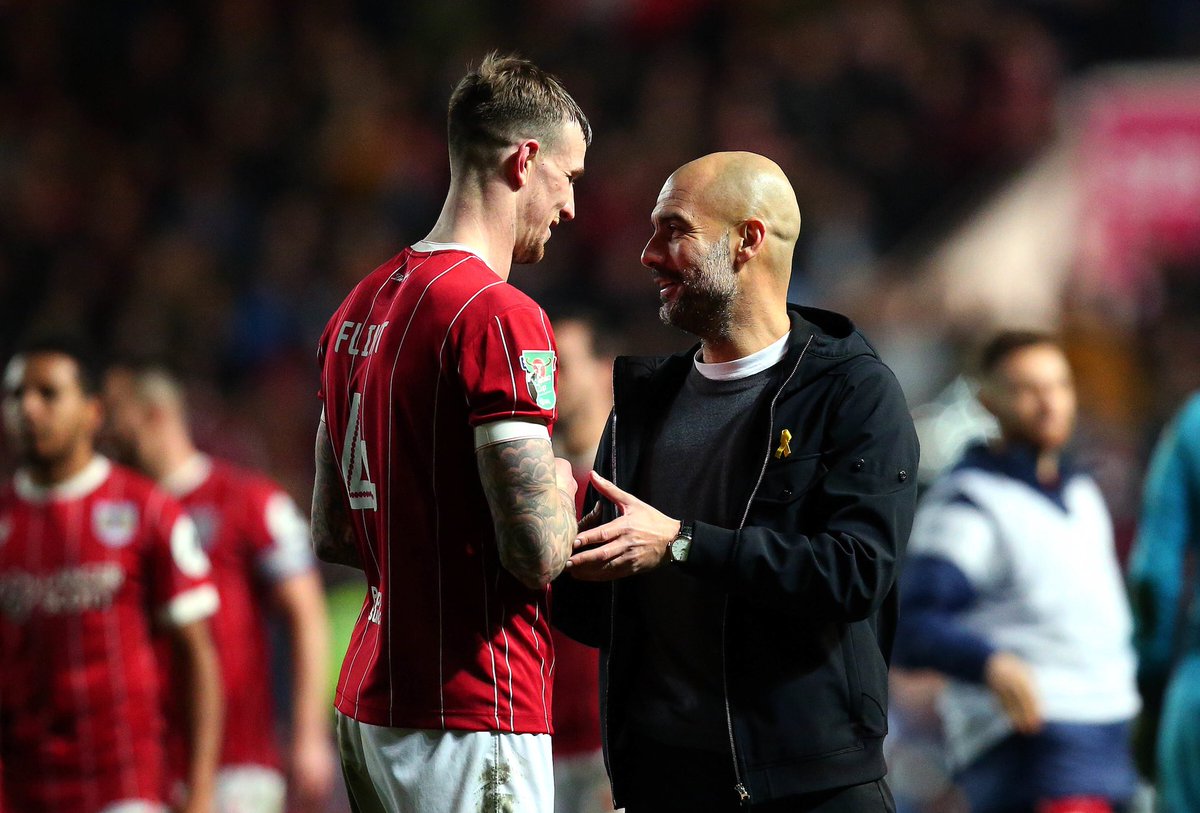 Bristol City put in a valiant effort last night in their Carabao Cup semi-final second leg clash against Manchester City, with Aden Flint equalizing for the underdogs in injury time before eventually succumbing to Kevin De Bruyne’s later winner in a 3-2 defeat to Manchester City on the night, and 5-3 aggregate defeat to the Premier League leaders.

The defender’s goal provided some late drama at Ashton Gate, and despite City nicking the win late on, it was all smiles between the two teams at the end of the game. Whilst Bristol City are definitely on the ascendancy, the opportunity to play against one of the best teams in the world, led by one of the game’s greatest managers, may not be an opportunity that presents itself too often in the future.

So when shaking hands at the end of the game with one of the most lauded minds in world football, Flint looked to be asking the question on everyone’s lips: why is he taking the Stone Island patch off his jackets?

Twitter thought Flint had asked Pep why he takes the Stone Island patch off his jackets.

Seizing the moment there! No idea on the response though.. pic.twitter.com/nssccNnzXA

Guardiola has made a name for himself by donning Rick Owen boots and Dsquared2 jackets, but it’s his repeated love for Stone Island that has seen him draw the plaudits from fashion heads whilst he’s barking instructions on the touchline.

Flint revealed the real question on Twitter the morning after.

Asked pep to swap his stone island jacket for my shirt.. he declined. ?☹️? pic.twitter.com/PLwTwvzg1M

As it happens, Flint actually asked if he could swap his shirt for Guardiola’s Stone Island, a request which Pep declined to take him up on, for some reason.