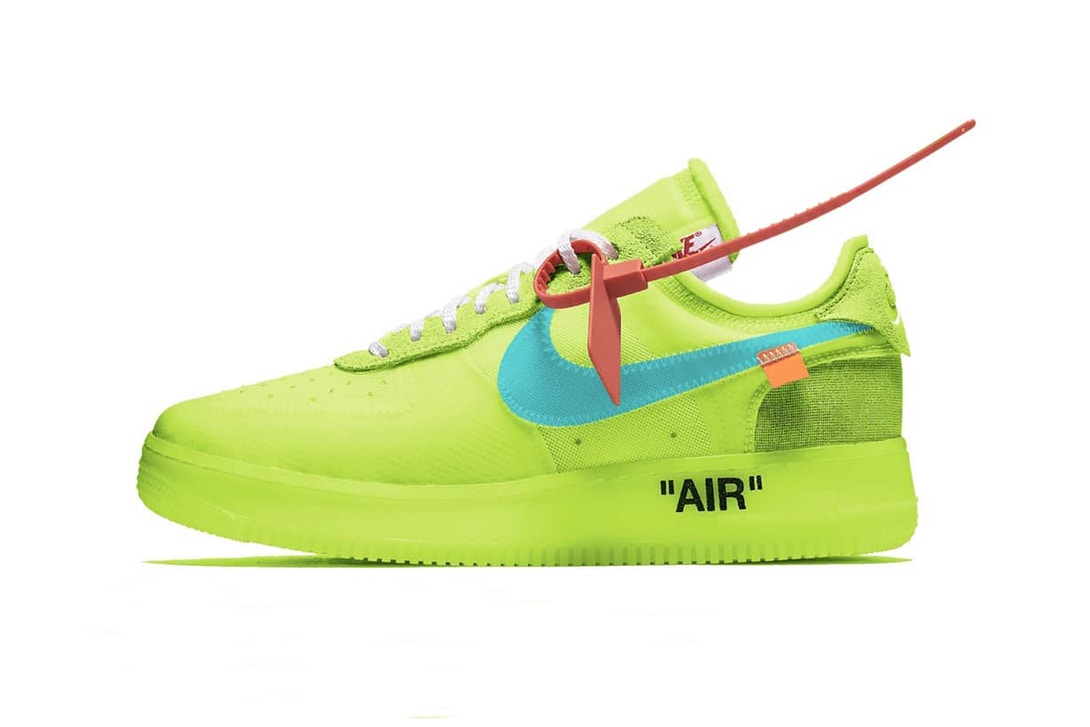 The latest colourway of Virgil Abloh’s “The Ten” series has emerged, and it’s safe to say it’s striking.

The Air Force 1 Low x Off-White gets a lively new “Volt” colourway that runs across the entirety of the silhouette, which keeps it’s original deconstructed design. Check them out below.

*LEAK ALERT*: @Nike & @OffWht aren't done with the Air Force 1 just yet. The duo are planning on dropping a new Volt colour way this October.
What do you guys think of this new loud colour way?
Please RT & Follow.#NoMoreSecrets ? pic.twitter.com/FecPP0mgS5

The Swoosh gets dipped in a “Hyper Jade” colour, which features alongside the now-ubiquitous red zip-tie, “AIR” embellishment and industrial labelling over the medial side. They look set to be dropping this October, according to renowned leakers py_rates.

Virgil is clearly letting loose some loud colourways of “The Ten” series in time for the summer, after recent leaks suggest that he’s releasing a Nike Zoom Flys in fluorescent pink. Check those out here.