We all know how much Vibbar love Sweden. The creative collective’s namesake is inspired by the feelings they’ve all caught for the country (‘Vibbar’ literally translates to ‘vibe’,) and ‘Sweden’ is also the name of their biggest track to date.

The expansive group of friends have got another big year ahead. Consisting of rappers, DJs, singers, producers, artists and pretty much every other creative role out there, the group have taken off in recent months. Vibbar affiliates are often seen giving no-holes-barred opinions on football on Filthy Fellas’ YouTube, finessing live shows, or shelling down tracks with the Godfather himself, Wiley.

With their creativity knowing no boundaries, and Sweden playing their first game of this year’s World Cup, we thought it was only right to bring down the collective to make their own custom shirts during Sweden versus South Korea on Monday to showcase their talent first hand.

We caught up with Specs and TJ (The Confect) from Vibbar to explain the group’s roots, their love for Sweden and talk us through a year of “huge collabs” and “more music” ahead whilst making some wavey custom shirts with Soho Warriors at their International Clubhouse space. 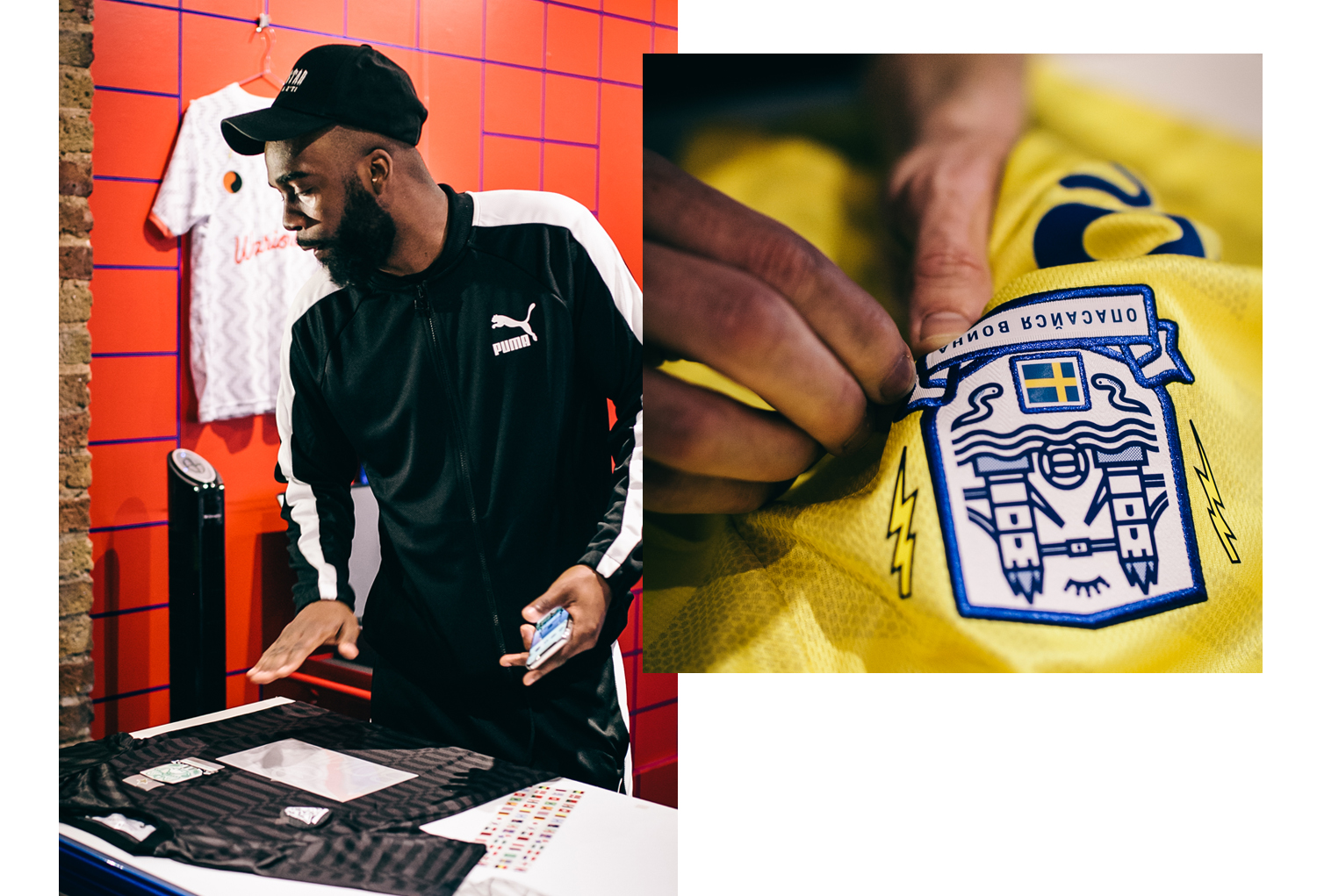 VERSUS: What was the process like with the shirts today?

VIBBAR: Man I’m gassed on it! Couldn’t have been happier with how it’s turned out – I would’ve made about thirty more if I could.

Where did you all originally meet?

Vibbar came together through me, Poet and Confect, we started making music together in 2015. I was on the beats, Poet is a rapper who has an ear for production as well… As messy as it was, we never had a plan or agenda other than loads of girls, loads of drink, a bit of weed… studio sessions like that.

We just get together, “you do a verse, you do a verse” sort of thing between friends, and then bang – all I have to do is make a song out of it.

And you all gravitated towards each other because you were all creative, then?

Yeah Confect would make music with Poet and Skribz, Pep was doing his own thing, Specs was DJ’ing, Yinkah was a creative too, and yeah we literally all just met up and connected. 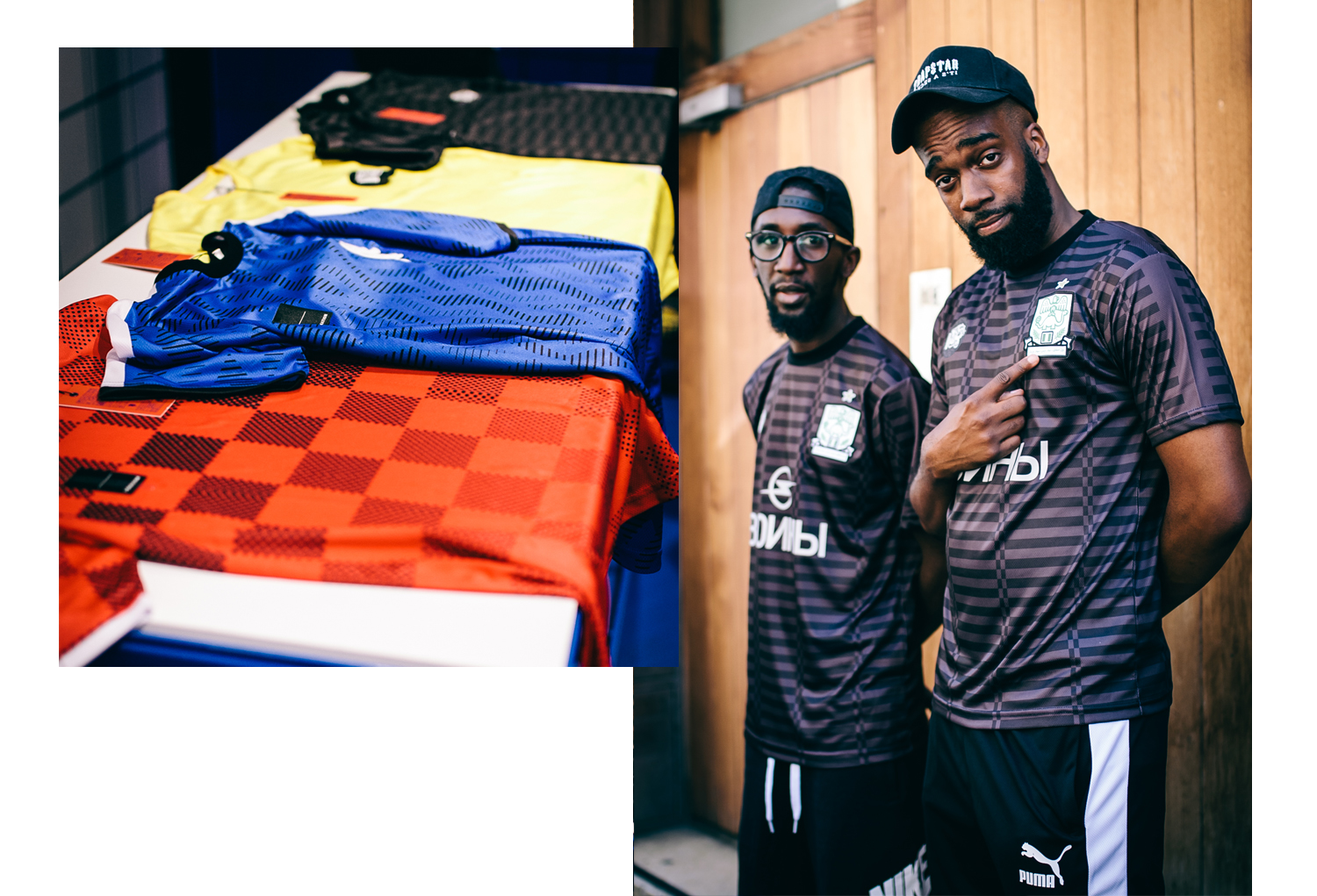 You’ve all been mates for a while, but when did you all decide to become Vibbar?

The penultimate moment was 2016, where we decided, “let’s just have a night” to showcase all the music we’ve been making. The night went off, crazy turn up, and then we just decided to make it a thing. And then voila, Vibbar was born.

So where did all the mad love for Sweden come from?

All of us were literally just going on trips to Sweden on random ones. Sweden was just the chocolate factory for wild fun, and we just caught a vibe there, similar to our music sessions and yeah naturally became Vibbar.

Were you into football or music first?

We all love football, all predominantly Arsenal fans since birth – so yeah probably football! But obviously we’re all into music as much as football now so it’s a very mutual connection and shared love of both for everyone in Vibbar. 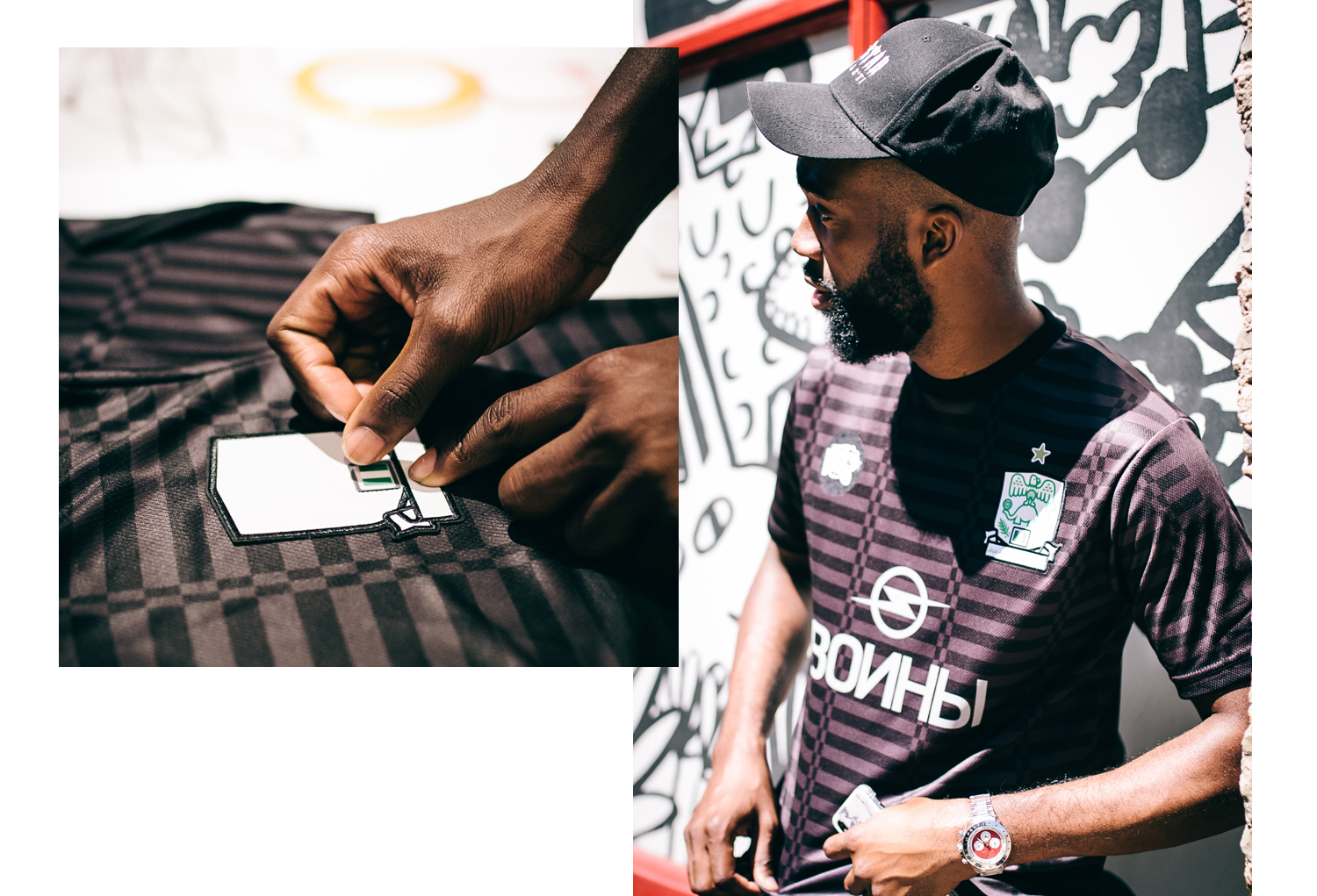 How did that link up with Wiley come about?

Basically, we’d got a response off our first single, then some more of a little brand partnership with Nike. Then we had people wanting to work with us like Jme and Wiley, and Wiley reached out to Poet, and said “I want to work with you guys.”

He’s not the only person that we’ve got a big collab with though. There are loads of big names that will be dropping throughout the rest of this year.

Poet and Mitch are out in Russia at the minute – what are they saying its like out there?

Mitch is saying the England team are sick – he’s really on a level with all the players – but not sure he’s got the tek (laughs) and then Poet, yeah he proper loves Russia. He’s getting inspired by the place, and definitely going to be bringing back some sounds from some of the fans at the World Cup. 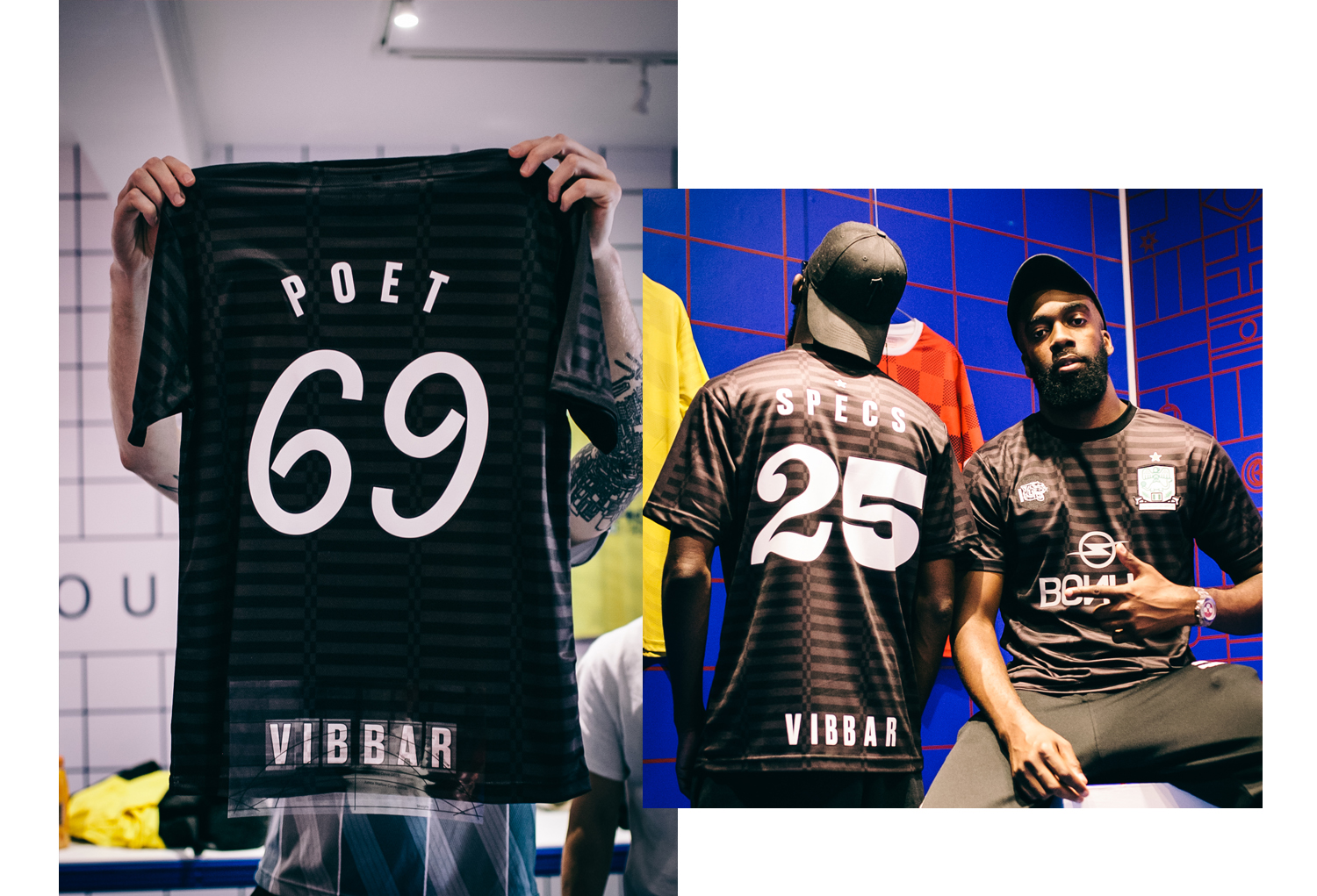 What are your expectations for England this tournament?

In previous World Cups, you’d be expecting the big names come out and perform. And I’m not saying that Kane and Alli aren’t big names, but Southgate has really built this squad as more of a unit. They’ll play with each other at more and more tournaments, and continue to grow and grow. Sort of like a Class of ’18. Everyone’s on a level.

And what do you make of the football shirt and style crossover happening at the moment?

It’s mad you know, but we’re really rating it. Brands have definitely gone more retro with their shirt designs which is cool, and definitely been inspired by current trends. Even my mum has asked for a Germany shirt cos she likes the design!

You can customise your own shirts at The International Clubhouse by signing up here.