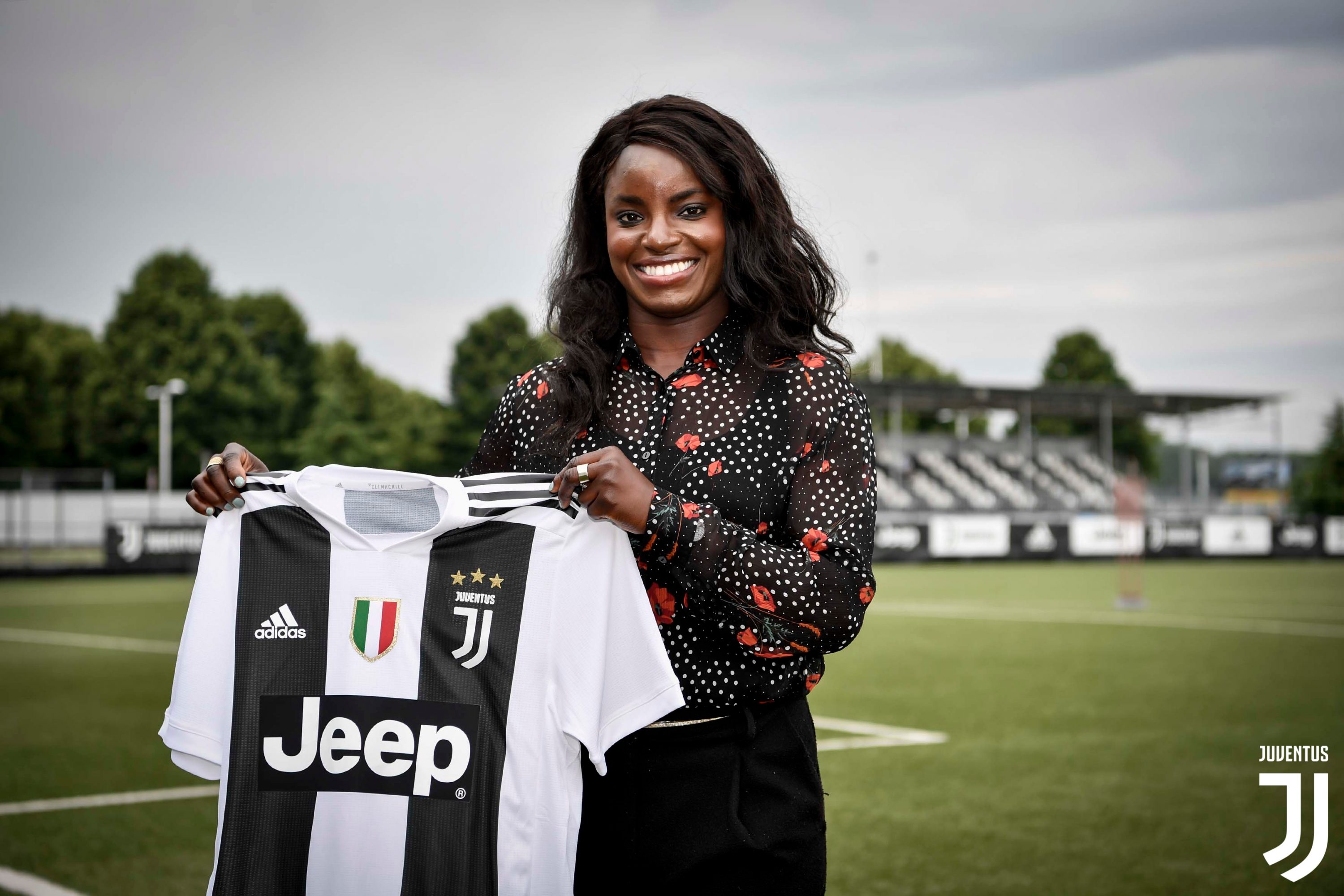 The 31-year-old was the leading scorer of the 2016 FA WSL season with nine goals in 16 matches, having previously plied her trade in the United States for St. Louis, Atlanta and Sky Blue FC.

The Nigerian-born star has played for England in three Women’s World Cups and three UEFA Women’s Championships, as well as representing Team GB at the 2012 London Olympics.

Life is a matter of black and white⚫⚪ I am delighted and honoured to have joined @Juventus the champions of Italy- a fantastic club with an overwhelming amount of history, ambition and success. I feel very proud to be holding the black and white shirt worn by an endless list of football legends. I am so excited to get started to meet all my new teammates to begin an exciting new chapter towards more great memories & success for the club both in Italy and Europe. So grateful and thankful. Grazie a tutti Stefano Braghin @ritaguarino11 #ForzaJuve #WomenF1rst ⚫⚪⚽️🇮🇹

Aluko covers the next SEASON Zine, which is due out very soon. Get a preview and find out how to cop that here.