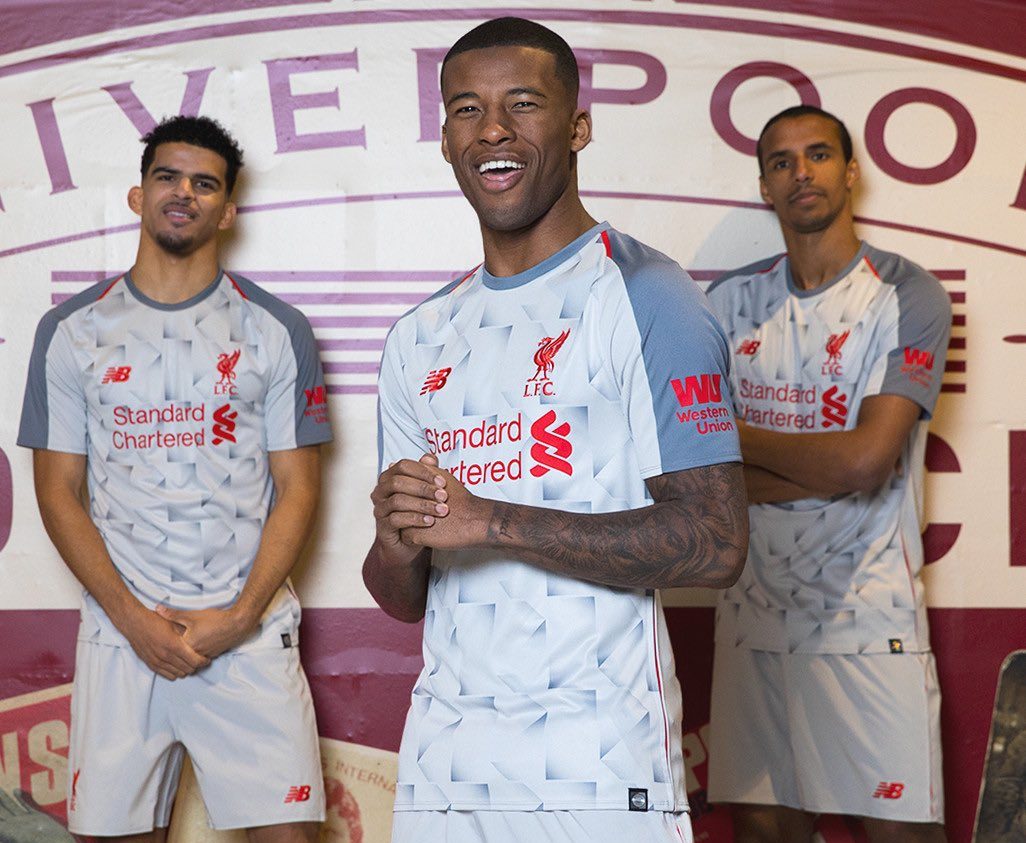 The 2018/19 third kit pays homage to LFC kits the club donned during their heydey in the 1980’s, with a Grey Violet body and a Steel gradient print that gives the jersey a heritage feel. Accented in red, the kit also contains the 96 emblem, encased by the eternal flames sits at the nape of the neck.

There’s also a clean, grey pair of shorts and socks that cap off the kit, as well as a bold Pink Glo and Black pattered Goalkeeper shirt that’s available as part of the new range.

Naby Keita showed off the new sauce with some slick dance moves, ahead of what’s set to be an exciting debut season from Liverpool’s Number 8.

The goalkeeper third shirt has been engineered in line with the outfield players’ jerseys and is a bold Pink Glo with Black pattered sleeves and Black embroidered logo and crest. The kit is completed with Pink Glo shorts and socks, with a Black cuff to the lower sock.

Liverpool also announced the kit through their official video game sponsor, Komani, who showcased just how it’ll look in PES 2019 below.

Liverpool FC winger Sadio Mané said: “We had a strong campaign in 2017/18, and we already can’t wait for the new season to begin. I’m really looking forward to stepping out onto the pitch and playing in the kit – it’s a really strong look.”

You can cop the new third kit from New Balance now