Scroll through any post on Héctor Bellerín’s social accounts and you’ll quickly discover a couple of recurring mind-numbing comments from his followers. “Cut your hair” is one. “Work on your crossing” is the other.

While he’s not expecting this dead patter to start drying up any time soon, Héctor has slowly been silencing the haters as of late. The crossing critics have been hushed with two assists and six back-to-back victories for Arsenal this season, and with a hairline and wardrobe that most of the timeline could only dream of, Héctor has become “immune” to any slander of his style.

It’s all about growth for the 23-year-old. Alongside doing his talking on the pitch under a revitalised Emery-led Arsenal, the Barcelona-born full back has continued to make plenty of waves off it. This year alone, Héctor’s sat front row at fashion shows next to Slick Rick, got creative in the kitchen as a newly-formed vegan, and became the first Premier League player to host an illuminating Oxford Union talk. All three examples once again proved that Héctor, more than anyone else in English football, has stayed leading the way for future generations of ballers.

This makes him the perfect fit to front the PUMA London City Pack campaign, designed by Poet and Yinka. The innovative collab sees two people who prominently represent young London collaborating with a player who is a pioneer for young people in football. The campaign showcases the way in which football, style and culture are symbiotically fusing together in 2018. We caught up with Héctor at the launch to learn about how the link up came together, his evolving roles outside the game, and what future generations of players should be doing to get better not just as players, but as people. 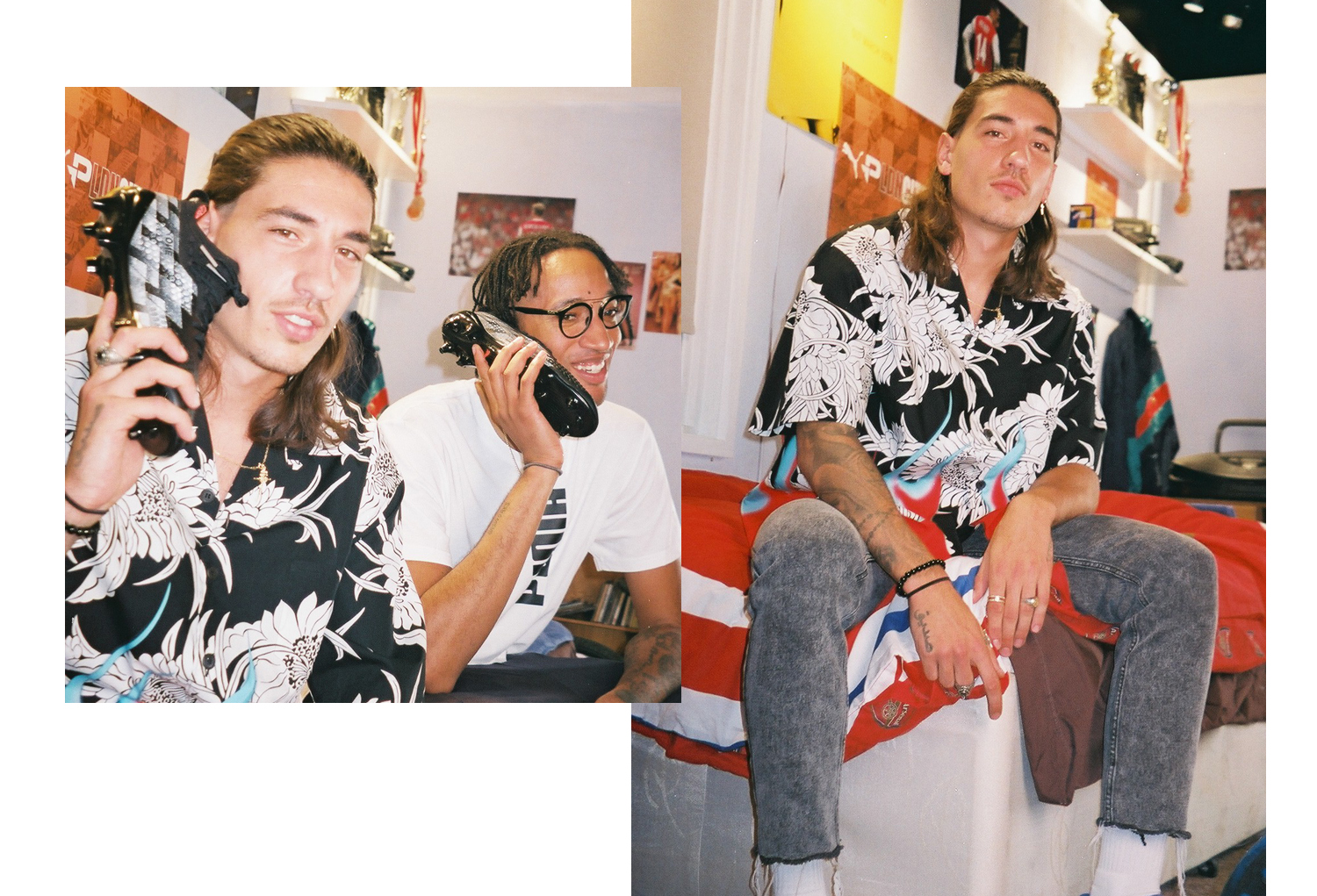 VERSUS: How did you, Poet and Yinka first come into contact and what made you want to rep this boot?

Héctor Bellerín: I knew that PUMA were doing the City pack for different cities around the world and they chose Poet to rep London. Poet is a guy that’s linked to football and all the youth in London – he’s also a massive Arsenal fan. He chose me to wear the boots he designed, which reflect the block that him and Yinka grew up on, so it’s a release that has a really nice story behind it. I personally love black boots as well, so I was really excited when I saw them.

You’ve probably got the most style and design clout in all of football – how long before you ask PUMA to design a boot yourself?

It’s something that’s always been on the cards when I started making noise outside of football with my fashion and stuff. So when this opportunity came about I had to take it. Everyone these days loves customisation and getting your name on the boots and stuff like this, so when you put the city I love – apart from Barcelona, London is my home right now – in a boot that’s cool, I was really excited about getting involved.

Your family background is rooted in fashion. Who are your main style inspirations today?

There’s loads out there. I think all the people that you meet or see online, there’s always inspiration you can get from them. There’s people like Lukas Sabbat, A$AP Rocky or Kanye that are shaping the culture every time they step out, so there’s always things to take from them.

Have you ever had any discussions about creating your own brand or collaborating with an already existing brand?

In the long-term I’ll definitely go there, but it’s not on the agenda at the minute. I’ve really found a lot of joy in learning about how to make clothes and trying to learn new things in order to get more creative. It’s like a good vicious circle; the more you create, the more you learn. Fashion is something that I’ll definitely like to end up working in, probably with a sporting element attached to it too at the same time. Whether that’s advising or just creating my very own thing, that’s something I’ll work out over time. 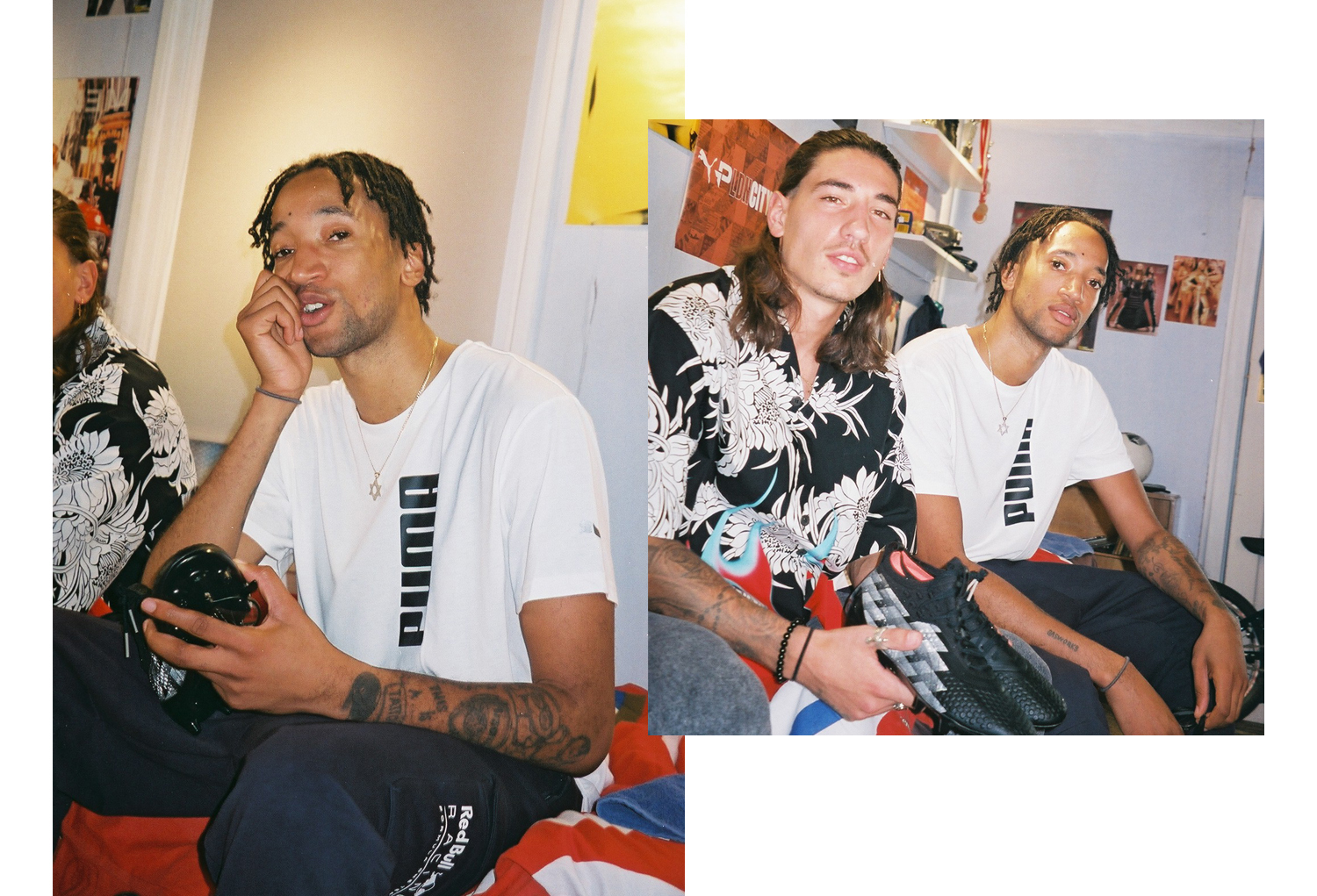 On the pitch, how have you rated Arsenal’s start to the season and the mood at the club since Unai Emery has come in?

It’s all about working hard at the moment. Loads of things have changed, so right now it’s about getting our style right, as it’s very different to the one we had before. It’s been a few months and I think everyone on the pitch can see it working well, even with my individual role.

There’s still details that we need to improve, but I hope that everyone’s recognising the improvement we’re now seeing. The results are a reflection but the work isn’t over just because we’ve won all these games in a row – there’s so much more to work to do.

You moved from Spain to England at a young age but now, we’re seeing a lot of young English players doing the reverse and moving abroad – your teammate Reiss Nelson is just one example. Do you think that will be beneficial for their lives and careers?

I think that’s one of the best things you can do. Historically, in the Premier League, every single English player stayed in England because it’s the best league in the world, so why would you go away? But when you’re young and you see top teams like Borussia Dortmund and Hoffenheim offering young English guys opportunities, it’s important to be brave and take the opportunity.

You see Sancho scoring and assisting all the time now – and his role in that team is hugely important, especially considering his age. That responsibility is essential for a player’s improvement. Hopefully Reiss will follow on from what Sancho is doing right now.

To get responsibility on the pitch and live this experience of moving away from home and learning a new culture…these are things that are going to make you more rich as an individual. You can use that to not only improve on the pitch, but as a person too. 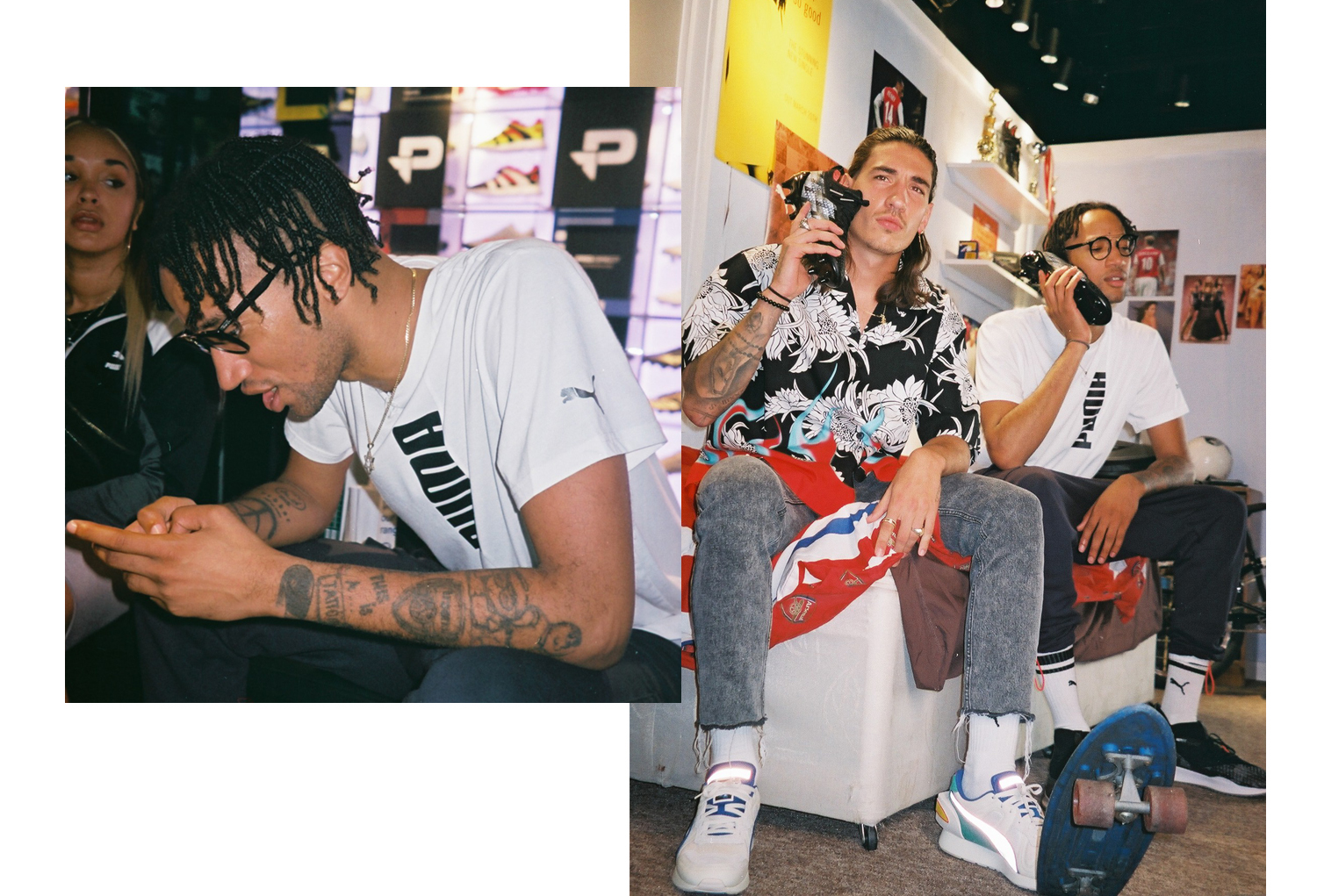 You get told to cut your hair and work on your crossing in almost every Instagram post you upload. Have you ever been irritated by any hate you receive, or are you used to blocking it out now?

(Laughs) Not really. When the article in The Times came out, a lot of people thought that I was going through a very rough patch as loads of my words got changed. What I said was when I was young, obviously every single piece of hate you receive hurts you as a young player. You ask why all these people are saying stuff about you.

But at the end of the day, you just realise people are always gonna talk. You can be the best player in the game and people are still gonna say something about you, so it gets to a point where you become immune to it. I know who I need to listen to – my family, my coaches, and the people around me who want the best for me. So people can keep saying whatever, it’s not going to bother me at all.

You’ve spoken out previously about your love of UK music. Who are some of your favourite UK musicians coming through at the minute? Have you heard Poet’s music?

Nah I haven’t actually heard it! Why didn’t you send that to me, Poet? I’ll send that traffic!

But yeah in terms of UK music, Not3s is obviously someone I’m boys with, Yxng Bane too. Stormzy I really rate for the stuff he’s doing outside of music and helping young people with scholarship schemes and his book venture. He’s helping young people come through which is really important. There’s loads of talent and young people coming through that have the chance to get themselves out there and listened to. We live in a good era for that.

What’s next for Héctor Bellerín – on and off the pitch?

For me, it’s about continuing to learn and to keep working hard. Adapting to this new system as a player is the most important thing for me. Off the pitch, there’s loads of different things I’m doing too, not just with fashion, but with business, too.

I’m a person who can’t just stay at home and do nothing. I have so much time and stuff in me that I want to be able to create and to do, I don’t even know myself what’s coming next! But yeah, staying busy and just getting better as a person is the goal.

Pro:Direct Soccer is the exclusive retailer of the LDN City Pack. Head to PUMA Football for more information.