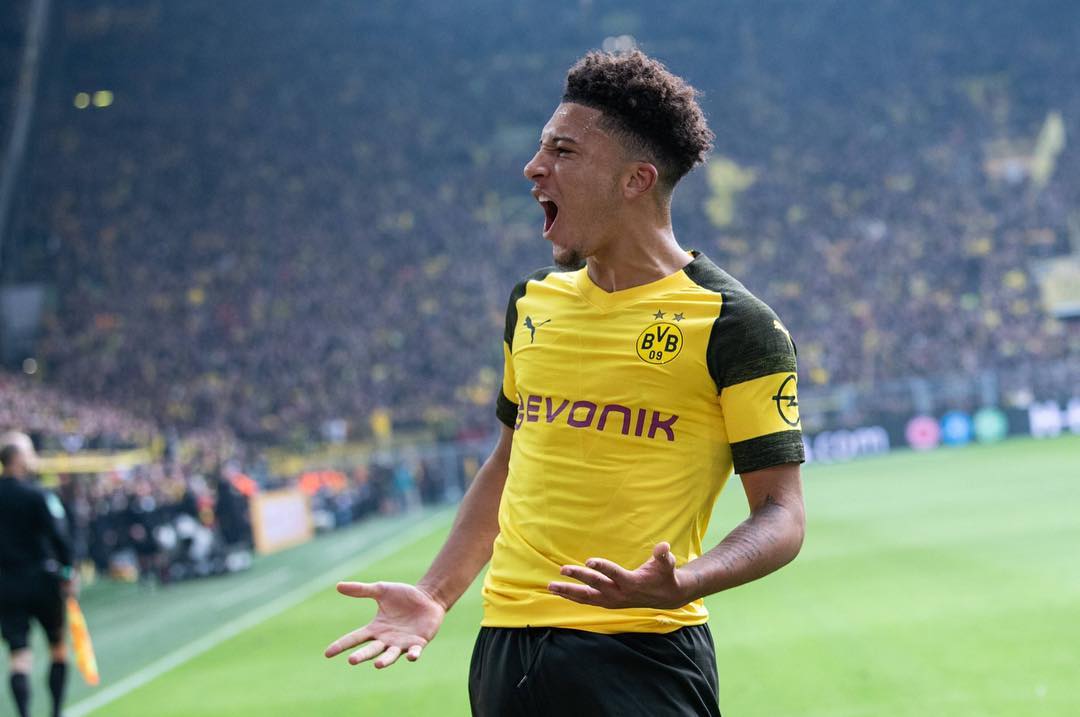 Following a stunning start to the season that’s seen him score five goals and clock one of the highest assist rates in all of Europe, Sancho has signed a new contract with Borussia Dortmund that will keep him at the club until 2022.

Details of Sancho’s new mega deal have now began to surface, as first reported by Bild. Reportedly, the 18-year-old’s new contract has seen his wages treble, with the forward now earning £2.7 million a year (£52,000 a week).

Sancho’s transfer value has risen to an estimated £40 million since the start of the season and he’s now earmarked as one of European football’s most prodigious talents.

The Jadon Sancho hype is real ?

While a first call up for England is no doubt a highlight of Sancho’s season so far, the Camberwell baller will be as excited to see he just made FIFA 19’s Team of the Week for the first time.

The Jadon Sancho takeover is real.