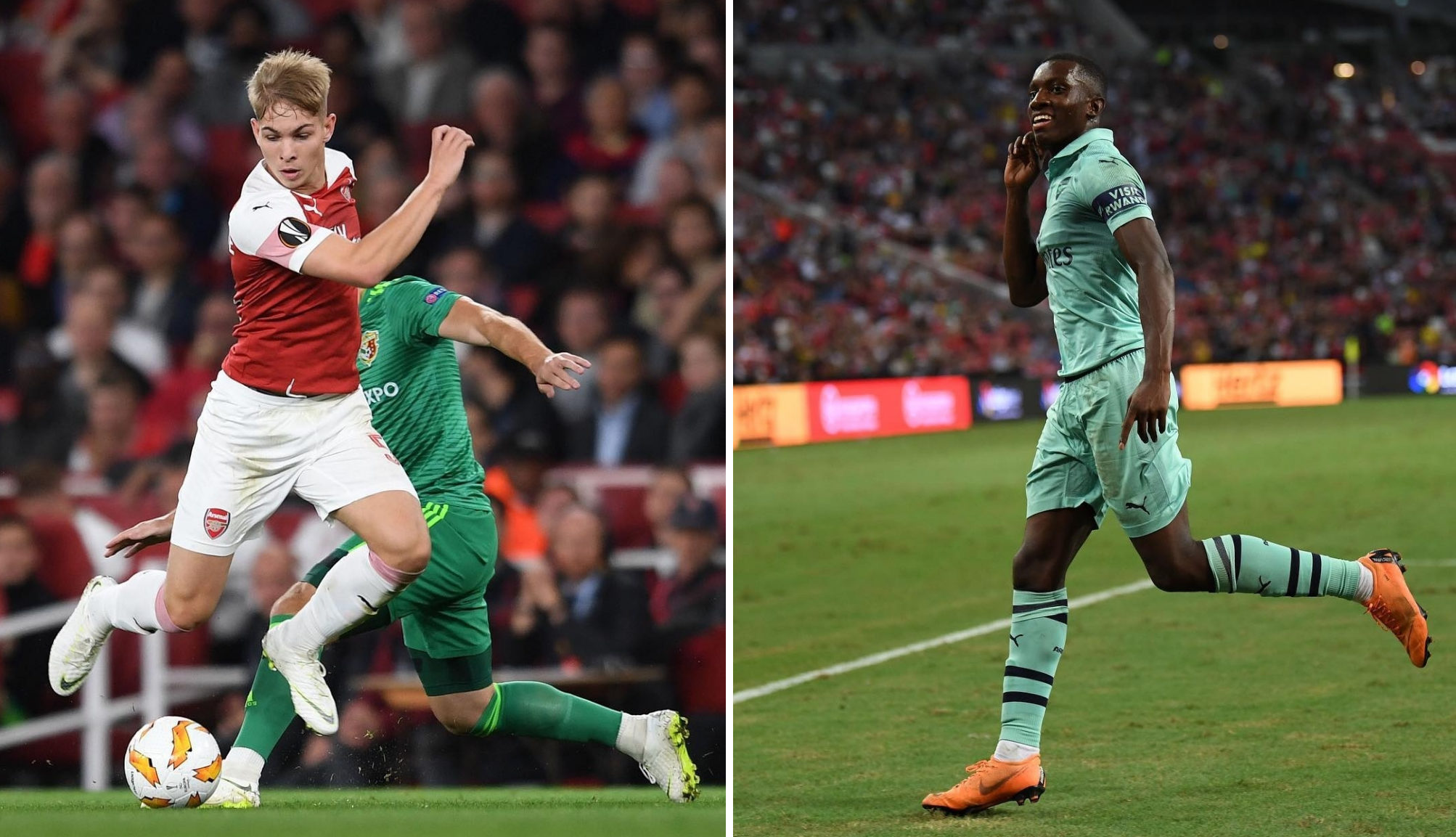 Young Arsenal duo Emile Smith-Rowe and Eddie Nketiah look set to be the latest Young Lions heading to the Bundesliga.

The talented pair will reportedly seal their loan deals before the transfer window slams shut later today, with Smith-Rowe heading to RB Leipzig and Nketiah heading to Augsburg for the rest of the season.

18-year-old Smith-Rowe, an U17 World Cup winner who has 3 goals in 6 cup games for the Gunners this year, only has his loan move approved after Arsenal secured the services of Denis Suarez from Barcelona, who joined the Gunners on a loan-with-option-to-buy deal.

what a feeling scoring my first goal at the emirates🙏🏻⚽️ through to the next round..💪🏻 #COYG

Nketiah, who scored 2 goals on his home debut for Arsenal, is an England U21 international who has had a few appearances for the senior squad this season and provided an assist for Joe Willock in the FA Cup earlier this month.

Both players will join fellow Arsenal loanee Reiss Nelson in the Bundesliga, who, along with Jadon Sancho, has spurred on a new wave of Young Lions moving abroad.