Despite being South London and proud, Loyle Carner’s heart belongs on Merseyside.

Anyone familiar with Loyle will know that he’s a boyhood Liverpool fan. Rebelling from supporting his dad’s side, Manchester United, and choosing to support Liverpool growing up, Loyle is now an avid Red, watching Liverpool play at Anfield and around Europe, whenever he gets the chance.

The 24-year-old’s affinity with the city runs deeper than just football, though. It’s clear that he feels right at home here, and the city’s inherent sense of community and heart-on-sleeve character gave him a connection to the city from the first time he visited – a connection he believes makes Liverpool the country’s “capital of acceptance”.

Along with his genuine love for both club and city, Carner’s other passion is education. Along with being surrounded by education for the whole of his life, (both his mum and girlfriend are teachers) Loyle has also created his own cooking school, Chilli Con Carner, for ADHD chefs last year. If it wasn’t for music, he admits he’d probably have been a teacher himself.

This all makes Loyle the perfect fit to help discover the next wave of talent out of the city with the Levi’s Music Project. Wanting to give back to the local area around Anfield, Loyle has linked up with Levi’s to set up a fully equipped studio at the Liverpool Lighthouse community center, where he’ll help students hone their craft in the lead up to a performance at Liverpool’s Sound City festival, where all the young artists involved will showcase their skills in May this year.

We caught up with Loyle at the Lighthouse community center to find out more about his role in the scheme, his deep-rooted affinity with the city and football club and find out some more about his upcoming album, ‘Not Waving, But Drowning’. 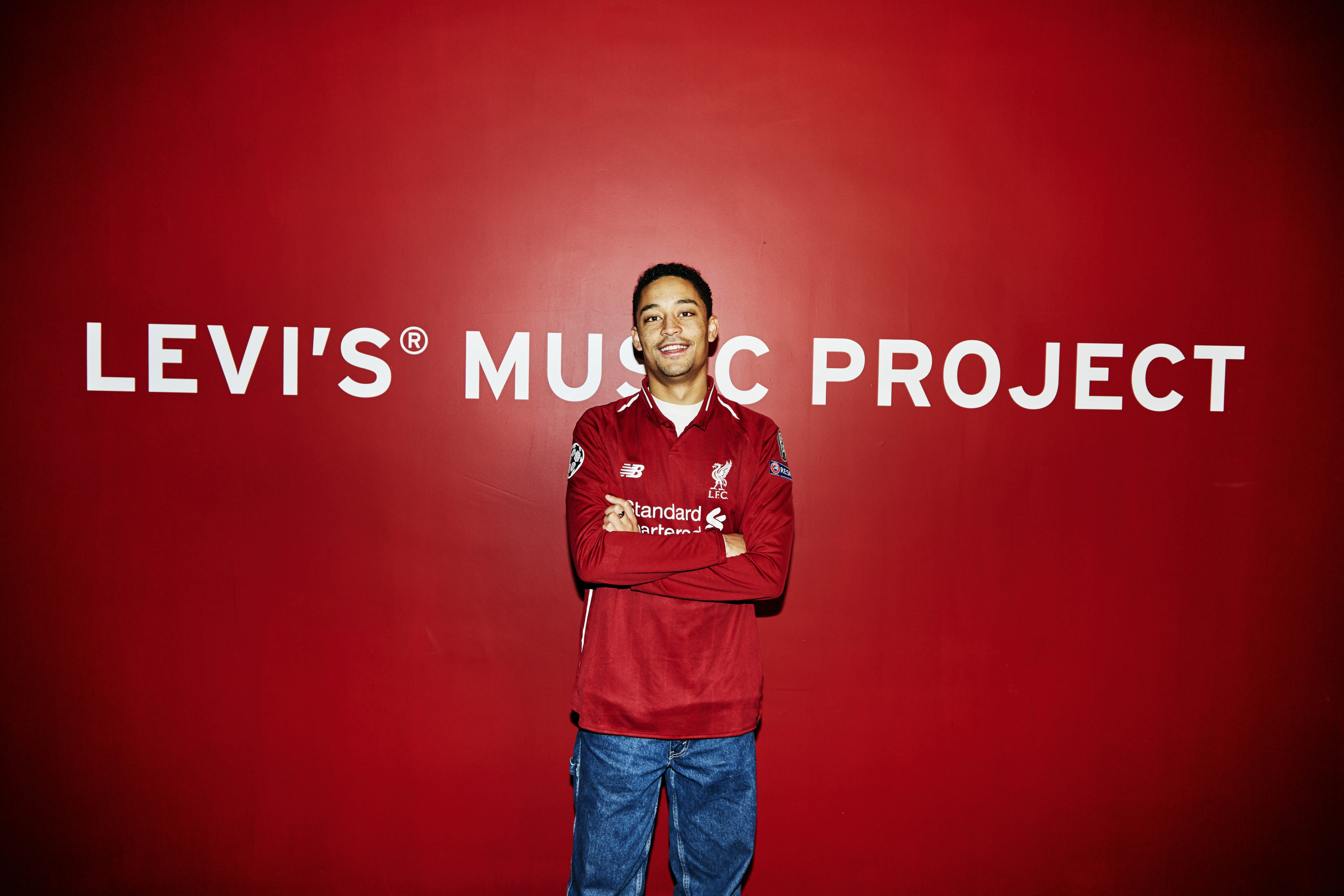 How did the partnership come about with Levi’s® Music Project and what motivated you to get involved?

I’d seen the other partnerships they’d had already, in particular the Skepta one, and thought it was a brilliant thing to get involved in. It was nice to do something surrounded by music, but also because it was giving an opportunity to talented young people to make music when they might not have been able to otherwise.

There was no space for me to make music when I was younger, so I had to rely on using my friends spaces that they freed up for me. So it made sense for me to do something that opened up doorways for kids who might not have it now – especially in a place like Liverpool which is my second home.

What is it about Liverpool in particular that you love so much?

Every time I come up here to visit or for shows I’ve been well looked after. It’s a place I’ve always wanted to give back to. I feel quite strongly about the surrounding area by the stadium where we are today too. Liverpool’s the team that I support, and when the team’s doing well, the community nearby should be reaping the benefits.

For a while, it wasn’t, so it’s nice to see now that over time, people that are reaching distance away from this multi-million pound industry can benefit from.

So it’s about giving back to the community you love up here?

Definitely. There’s a real feeling of acceptance and community here. From the darkness of the past, Liverpool is definitely a place which has pushed to be all-encompassing and all-accepting. It’s the capital for acceptance, in my opinion anyway.

You’re a big believer in youth, as exemplified by your cooking school and this project. Do you think that natural came from your mum, who’s a teacher herself?

Yeah man, my mum, my girlfriend is a teacher as well so I owe everything to education. Especially being a difficult kid myself, I owe everything to them helping me with my own self-understanding and self-belief. If I wasn’t doing music full time, I’d probably be teaching full time.

Being able to dip in and out of my job to do things like this is easy compared to what teachers do. It’s round the clock. The real heroes for me are my mum and my Mrs, as they’re the ones grinding day in, day out. I’m definitely cooking for her when she gets in (laughs).

I read that you supported Liverpool because of watching Michael Owen back in the day. Is that true?

Yeah, and partly just rebellion against my dad who was a United fan. He won the Ballon D’or before Messi and Ronaldo went back to back for who knows how many years. To be British and win that is mad.

I was pissed that he went to United obviously, and that was the thing that sort of ended his status as being my real hero cos he sold out. If it hadn’t have been for injuries though, he’d probably still be banging them in now. Incredible player.

Who were some of your other favourite players growing up?

I used to love Sami Hyypiä. He was such a cool guy as well as being a great player. Cristiano Ronaldo was obviously phenomenal too. I’m one of the guys that thinks he’s better than Messi… which is controversial, but it’s because he’s done his thing in different leagues. I’d love to see Messi play one season in the UK. I just want to see Messi get clattered on a Tuesday against Burnley…. English football’s the most physical, so it’d be sick to see how Messi does here.

Ronaldo’s done it in England, Spain and now Italy – consistently – and I’ve always just seen him kill it wherever he’s played for so so long.

Do you come up and watch Liverpool play often?

When I can I do. I couldn’t afford it when I was younger, but now that I can I try and go as much as possible. But I’ll never forget the first time I went to Anfield man. It was just… different. Every game feels like a Champions League final. 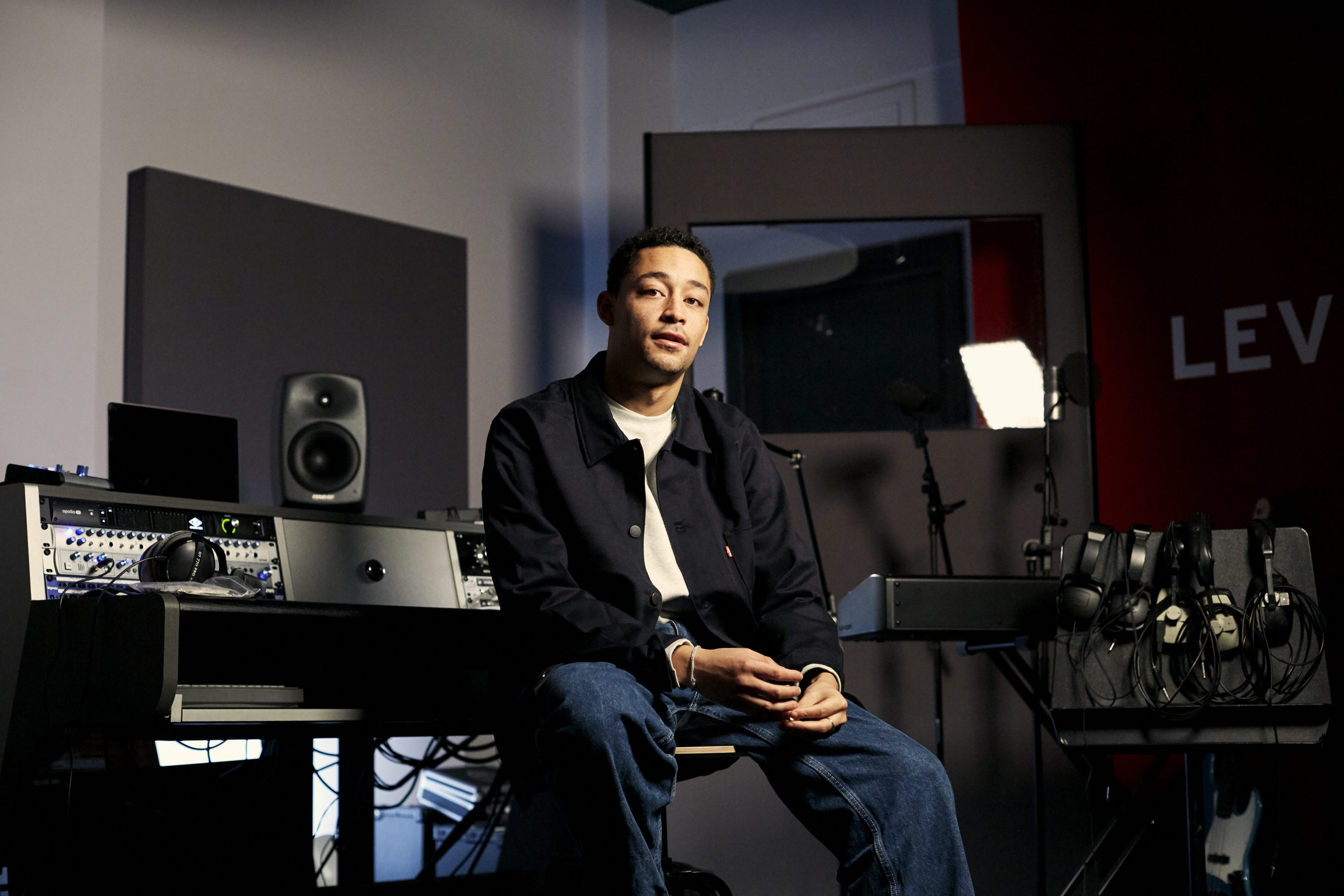 Your love for football shirts is well documented, having given away tickets to your shows in exchange for rare vintage kits regularly in the past. How big is your collection now?

I’ve been picking up quite a lot of newer kits recently, despite being against them for ages. Someone put me onto the idea of wearing a white tee under new kits, which has opened me up to a whole new realm of football shirts!

What are some of your favourites you’ve copped recently?

I actually managed to get one of the Nigeria ones. I’ve got kits from all different countries, but being from South America on my dad’s side, I wasn’t even rooting for Nigeria, so at the time it felt wrong to get o,ne. But then I realised very quickly that I’d made a mistake and had to buy one once I saw them on TV!

That was a game-changing shirt for sure…

Yeah what was refreshing about that was that they didn’t want the most important thing about the campaign to be the kit – they wanted to be remembered for what they did on the pitch. I was nice to see them play well and see English Nigerian guys like Iwobi coming through and showing what they could do on the world stage.

You’ve been doing it for a while, but that campaign underlined how culturally important football shirts are now…

Yeah man it’s been good to see. To be fair, it’s actually kinda long when you’re trying to cop sick kits these days cos there’s way more people wanting them, but the general understanding about shirts these says is so much better, so there’s more conversations to be had on them.

As they say, football’s a universal language, and shirts are providing a great way to communicate in this day and age.

Do you have a favourite?

I actually have two, and ironically they’re both United shirts. One of them was a shirt I was sent after we beat United at home this season. 3-1 with Shaqiri scoring was great because Gary Neville had to stick on his shirt too.

But the next day, David Beckham actually sent me a shirt saying “To Loyle, thank you” or whatever, which I actually took as a kinda “fuck you” after than game (laughs). The other shirt is definitely my dad’s old Cantona 7 kit, which I’ve got a song about too.

There’s others too. My Mum recently bought me this Guayana shirt, where my dad’s from.

On that Cantona shirt, were him and your idol Steven Gerrard big inspirations for you growing up in terms of influencing your drive?

It was more to do with my dad really. Cantona did Liverpool a lot of damage in his playing days, so it was only when my dad passed away that I started understanding why he was my dad’s hero. With my dad being my hero, I looked into him a bit more, and there was this kind of nonchalance with football that made me really rate him.

He was one of those players that transcended the team. You could still love watching him as a player even if you hate United.

The way he carried himself was different…

Yeah he was a king. He thinks that he’s a god so much that you sort of start thinking he is too. I’ve met him a few times and got his number now, so we talk in very small bursts about football. I recommend him bits of jazz sometimes too…

Is he big into his jazz then?

Massively yeah, he used to play the trumpet, so he’s really into it. 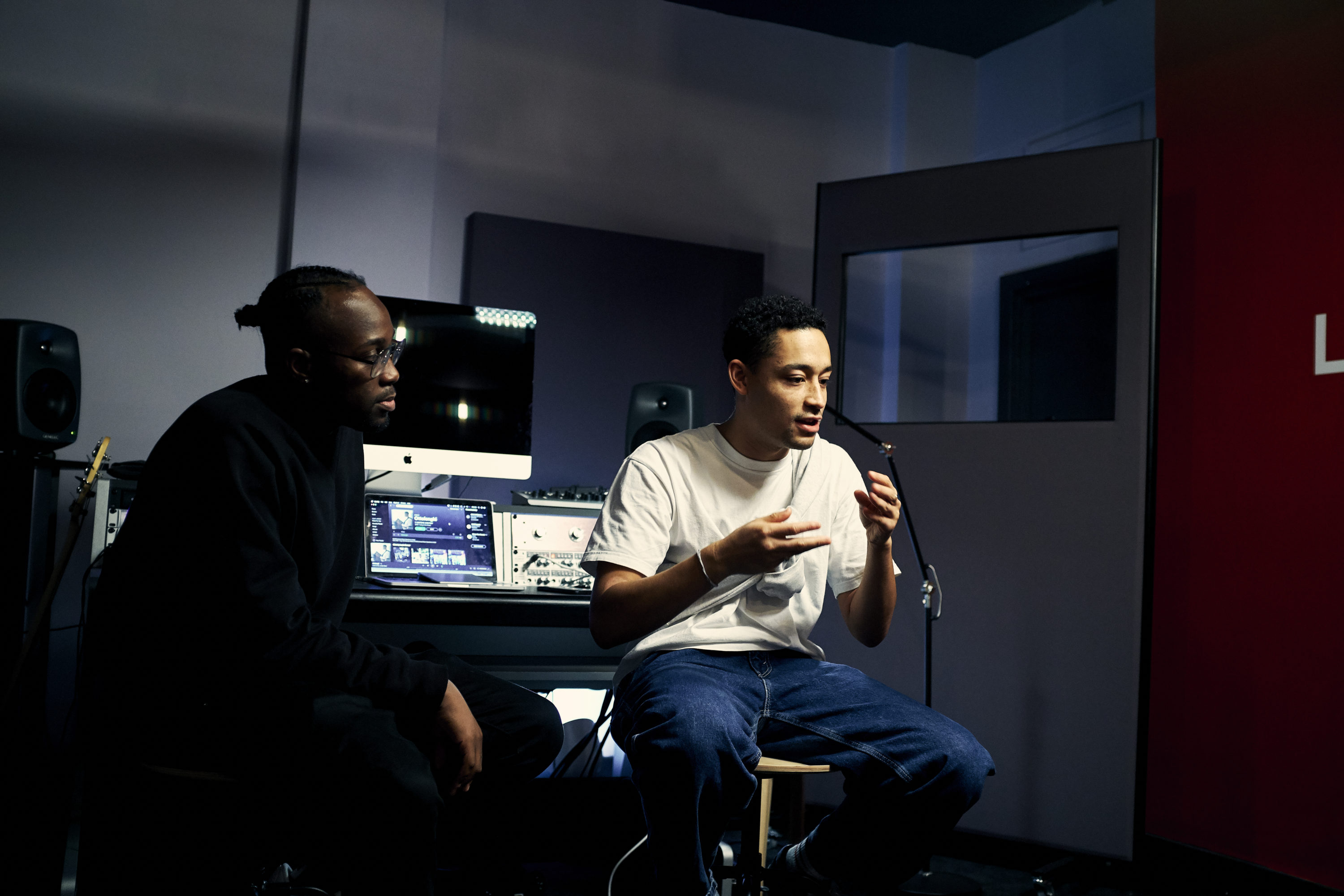 On that note, what were some of your big musical influence growing up?

Mos Def, a lot of UK guys like Skinnyman, Kano, Roots Manuva… but anyone that was rapping from the UK. Kano was a big one for me, as he was talking about women in a way that wasn’t derogatory. My mum would never let me listen to music that was derogatory, or watch seedy MTV Base videos back in the day. It was loads of men, loads of gold on in designer clothes while the women were wearing nothing.

My mum was like “that’s not right”, so I started looking for stuff which was respectful, and less disgusting. They pushed me into listening to stuff which was a bit more truthful to me.

Your follow up album is arriving later this year. What were the main sources of inspiration for this one?

I’ve done a bit better in these last few years and achieved some success, but I’ve got some music where I’m talking about all the stuff you don’t really see behind the scenes. There’s a lot of Monday morning music in the new album, for sure.

And what would you say is next for you? You seem to be constantly expanding creatively whether it’s music, cooking… photography?

My girlfriends actually a sick photographer, so she’s been showing me the ropes there. There’s so many mad bits to it which I never knew about before. But other than that, I’d like to film or be in a film myself and acting…. I might open a restaurant, get a dog (laughs) But yeah, I’m still young, and there’s loads more in store from me!