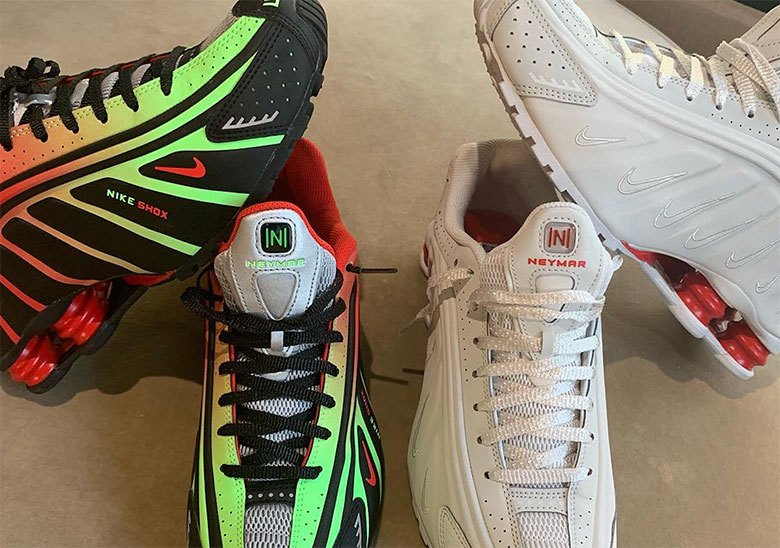 Nike re-launched their iconic Shox silhouettes this year, and they’re now getting one of their biggest assets in Brazil forward Neymar to put his own spin on the Swoosh brand’s R4 model.

There are two new iterations of the silhouette, with Neymar flexing a neon gradient upper with a black overlay stripped of the large Swoosh logo. A second white/red version was also showed off by Neymar on his Instagram, which features a similar, over-branded look, with logos of various sizes from toe to heel.

This is the first-ever co-branded shoe Neymar has launched, with the PSG player joining the likes of Cristiano Ronaldo, LeBron James and Serena Williams in getting their own, co-branded models from Nike.

In other sneaker news, the A-COLD-WALL* x Nike Zoom Vomero +5 is set to drop in wavey red colourway.