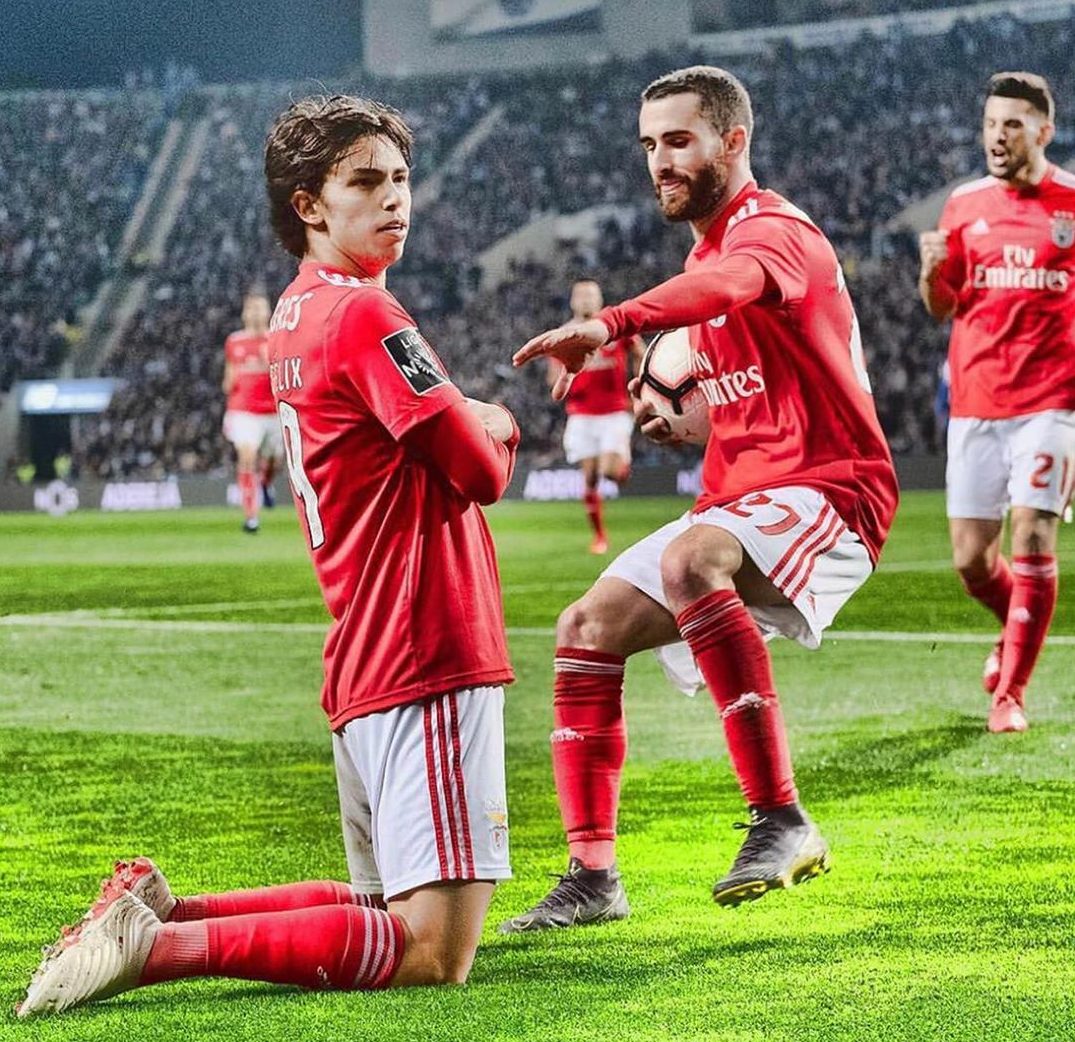 João Félix reaffirmed his status as one of the world’s hottest prospects with a complete mazzer of a performance in the Europa League last night.

The 19-year-old, who has been linked with the likes of Man City, Juventus and Liverpool, played a part in all Benfica’s goals in their 4-2 victory over Frankfurt on Thursday. Scoring a hat-trick which consisted of a penalty, a smartly-taken finish and long-distance piledriver, Felix also grabbed an assist from a corner to cap off one of his best-ever performances for his boyhood team.

João Félix also became the youngest player in Europa League history to score three goals, and the youngest since Sergio Aguero to net three goals prior to its rebrand from the UEFA Cup. Check out his performance below.

The 19-year-old bagged a hat-trick and an assist against Frankfurt ?

The Portuguese playmaker has netted 10 times in the league for Benfica this term, and his side have a commanding advantage heading into the second leg in Frankfurt next Thursday. Félix has an €120 million release clause in his contract, and many expect one of Europe’s elite clubs to cough up the money to sign one of the most exciting prospects in the game at the moment.