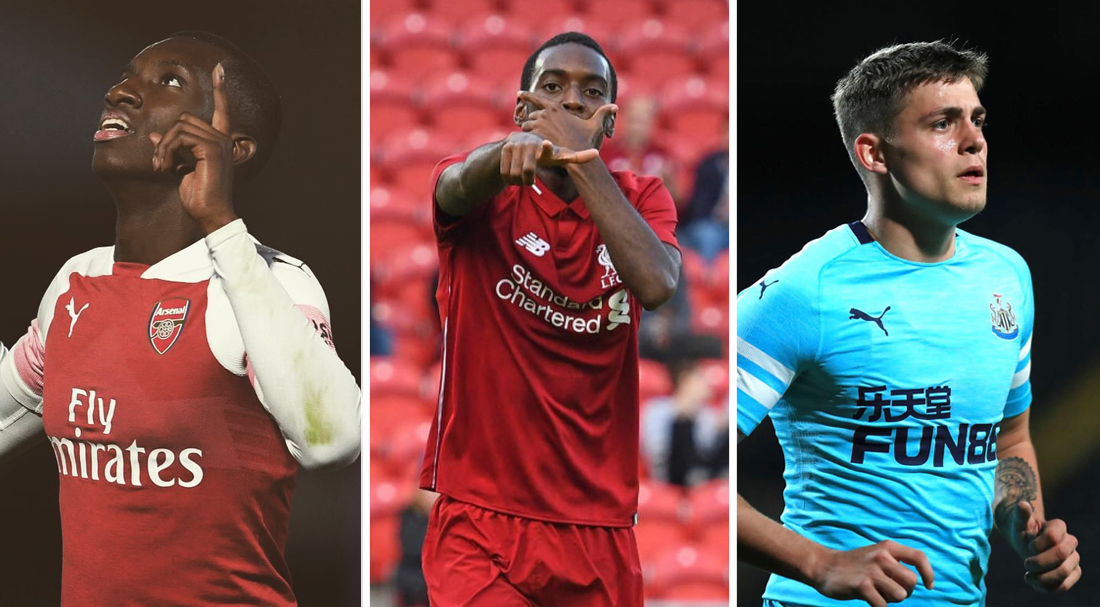 Nine young ballers have been nominated for the Premier League 2 Player of the Season award, a trophy which is usually a pretty good indicator for who will be next up at their respective club at senior level.

The Premier League’s Football Development panel have selected the youngsters for their performances not only at youth level in competitions such as PL2, the PL Cup, the PL International Cup and the EFL Trophy, but also for their respective senior teams.

Everton have two players on the list, with defender Morgan Feeney and forward Bassala Sambou making the cut after being the stand out performers in an Everton side chasing the double this campaign.

Elsewhere, Arsenal’s Eddie Nketiah is selected in the list for the second year running after firing in nine goals in Division 1, while Liverpool’s highly-rated Portugese winger Rafael Camacho notching seven goals in his campaign.

Brighton’s Aaron Connolly, Newcastle’s Elias Sorensen, Southampton’s Will Smallbone, Reading’s Daniel Loader and Norwich’s Adam Idah were all the other nominees for the award, which was won by Arsenal’s Reiss Nelson last season. The winner will be announced on Thursday, 16 May.

In other football news, Juventus and Palace look set to collaborate on a new clothing collection.