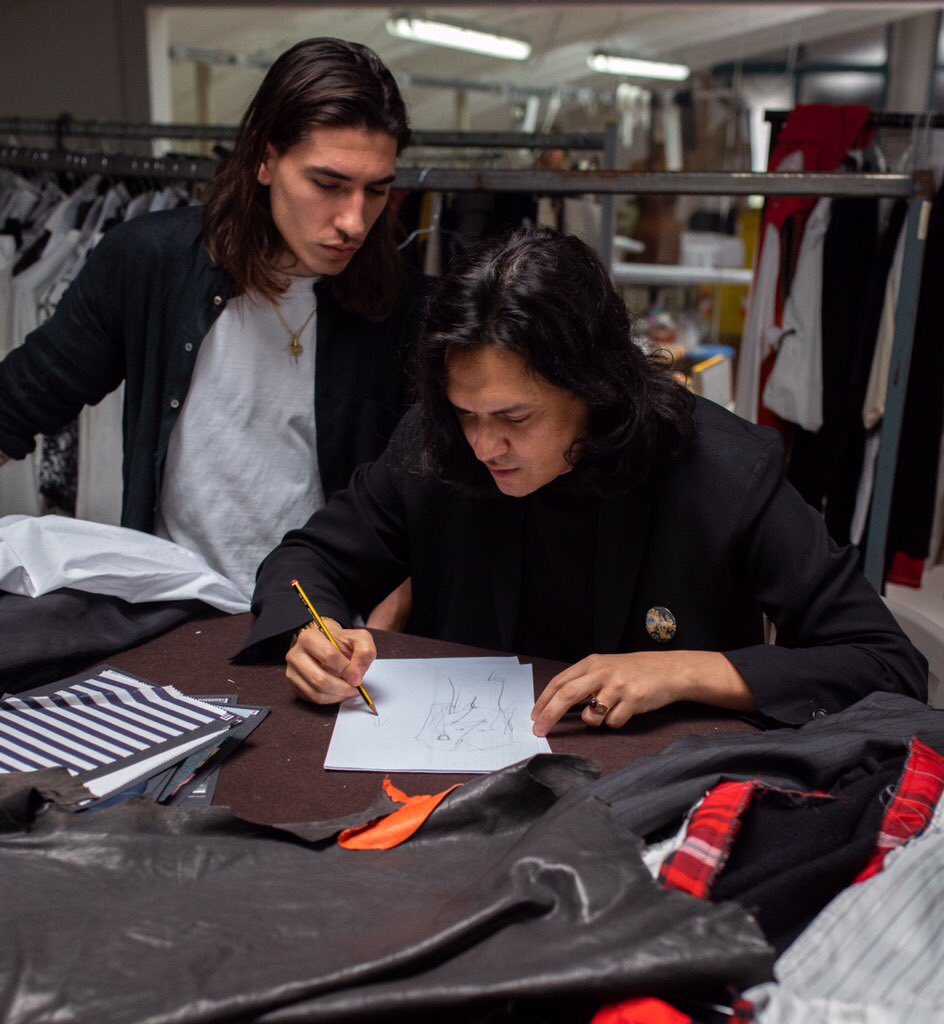 Héctor Bellerin has hinted that a potential clothing collaboration between him and 424 menswear designer Guillermo Andrade is in the pipeline.

With Bellerin having been out of action on the pitch with his long-term injury lay off, he’s clearly spending some time developing his passion for style, and collaborating with 424 designer Guillermo Andrade is definitely not an unexpected move.

The Arsenal full back has made no secret of his desire to move into the world of clothing design one day, and he opened up to VERSUS about his plans to do so at some stage in his career:

“I’ve really found a lot of joy in learning about how to make clothes and trying to learn new things in order to get more creative. It’s like a good vicious circle; the more you create, the more you learn. Fashion is something that I’ll definitely like to end up working in, probably with a sporting element attached to it too at the same time. Whether that’s advising or just creating my very own thing, that’s something I’ll work out over time.”

Something is cooking… @guillermoandrade @424inc

One of the most influential brand names in streetwear, Andrade has collaborated with Hummel and Wilfried Zaha on football-themed collections and even advertised 424 on hoardings in the Premier League during the 2018/19 season. While we’re yet to learn about what the pair are cooking up specifically as of yet, it will likely be a clothing capsule that will fuse together Andrade and Bellerin’s love for streetwear and sport.

Keep it locked to VERSUS for more information on the collab and in other streetwear news, Skepta’s MAINS Imprint has dropped off an online-exclusive “Voyage” capsule.