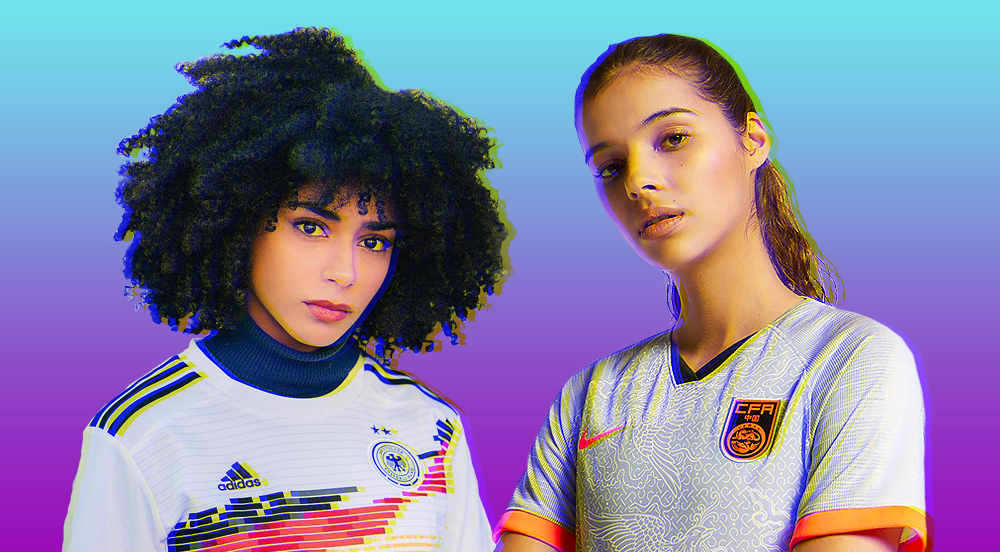 The 2019 Women’s World Cup has finally kicked off, and this summer’s tournament ushers in a new era for the football shirt.

Rather than forcing female athletes to make do with ill-fitting shirts designed for men, this summer’s tournament we will finally see kits specifically cut for women, which, in big old 2019, welcomes in a much-needed revamp to the women’s game with the world watching on this summer.

But that’s not all. Major kit manufacturers have also created a host of bespoke jerseys for many of the nations taking part in France. For the first time since Nike began working with the Women’s World Cup in 1995, each of the brand’s kits have been designed specifically for the women’s teams – which is why they duly dominate the top spots on this list. Other brands such as adidas have also followed suit, creating cold bespoke jerseys for the likes of Germany, Spain and Sweden. About time.

The results will soon be there for all to see, and to celebrate the start of France 2019, we’ve rounded up the ten waviest jerseys to keep an eye out for over the next 30 days. 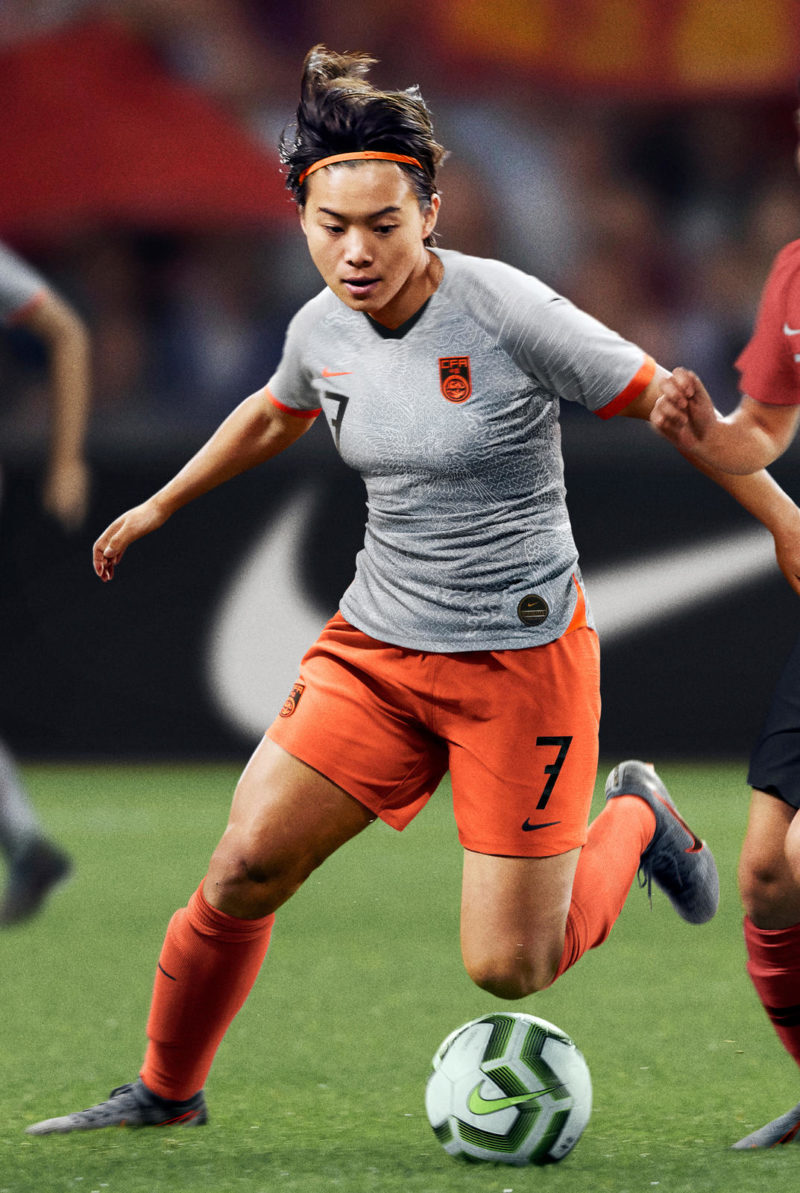 China Women have one of the coldest nicknames in world football – they’re known as “The Steel Roses” – and their away strip for the World Cup is aptly the strongest kit at the tournament. Dripped down in an icy silver colourway with crimson trim, the shirt will pop on TV screens, and is even better up close – the jersey’s all-over Phoenix print is one of the coldest motifs Nike has ever produced for a country. 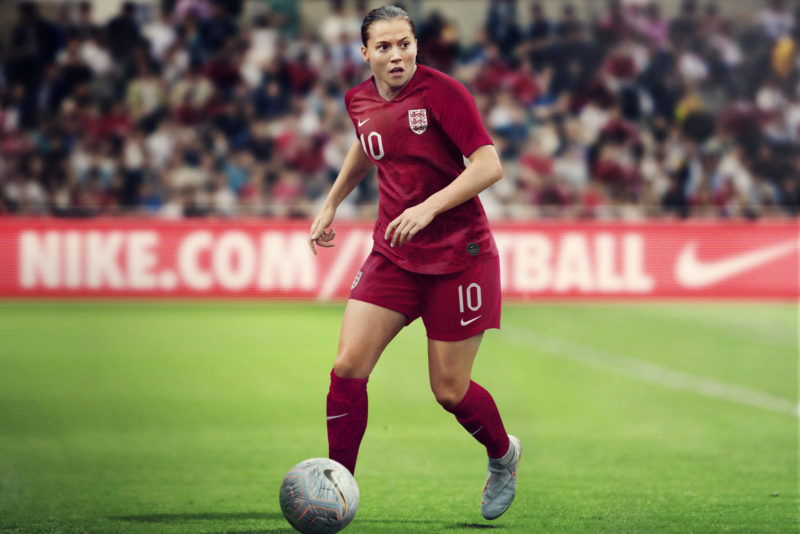 England’s Women got their own bespoke jersey from Nike for the first time ever this tournament – and the Swoosh brand did bits. The shirt arrived in a slick “dark red crush” colour, with the socks featuring a hand-drawn print featuring “flora native to the counties and regions of England”, and it’ll be worn by the Lionesses as they seek glory this summer. Floral fire. 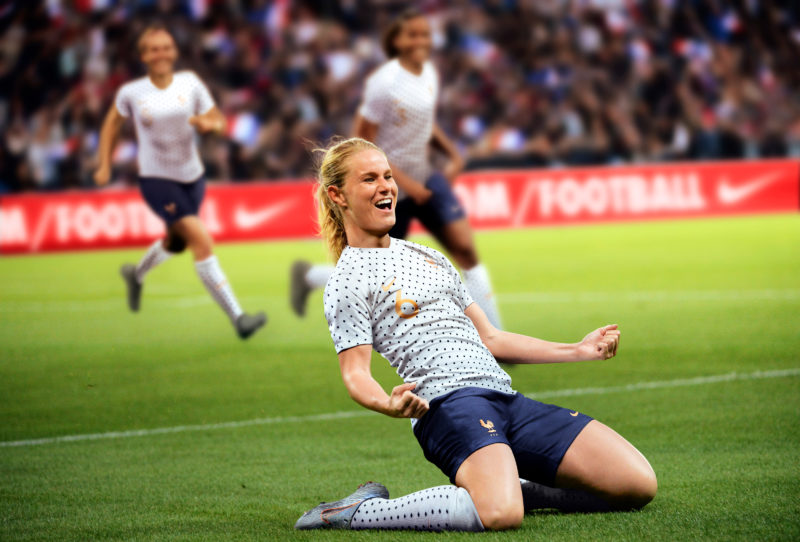 Nike have pulled out all the stops for this one. The French men’s team famously donned a striped away jersey a few years back in 2011-13, and now the Women’s team will host the tournament in an even wavier all-over polka dot print for this summer’s tournament. Dotted and dripped down to the socks, the tournament hosts have got an absolute worldie of a kit as they attempt to bring it home on their own soil. 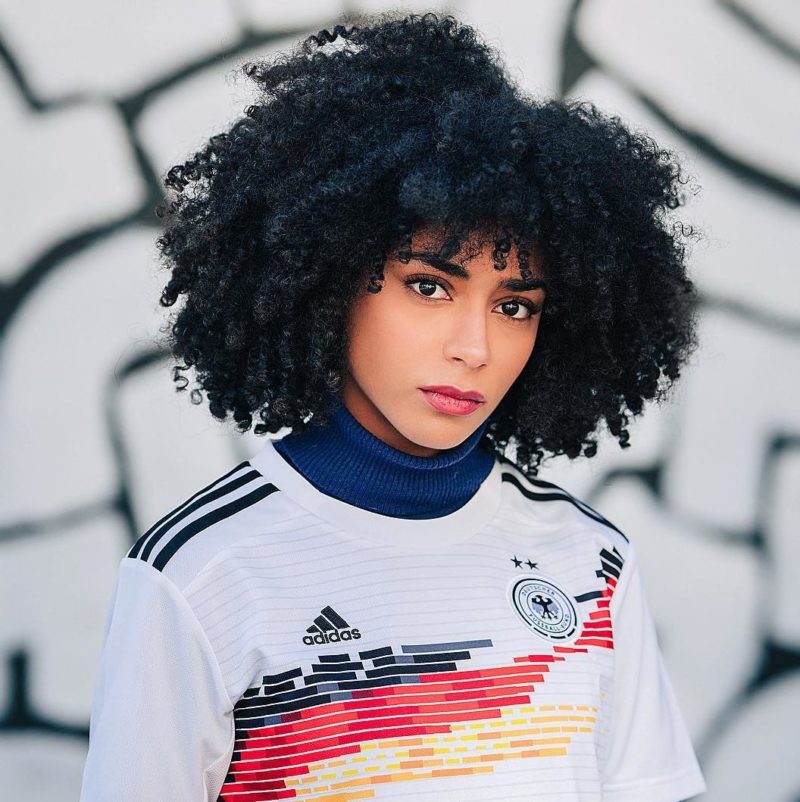 Slightly switching up the men’s wavey home kit from their disappointing World Cup campaign last year, the Women’s team get a slick, Tetris-esque version of Germany’s iconic 1990 design. Adi swtich up the German flag motif on the shoulder, with the design getting fragmented black red, and yellow into blocks as Die Nationalelf chase a third World Cup trophy. 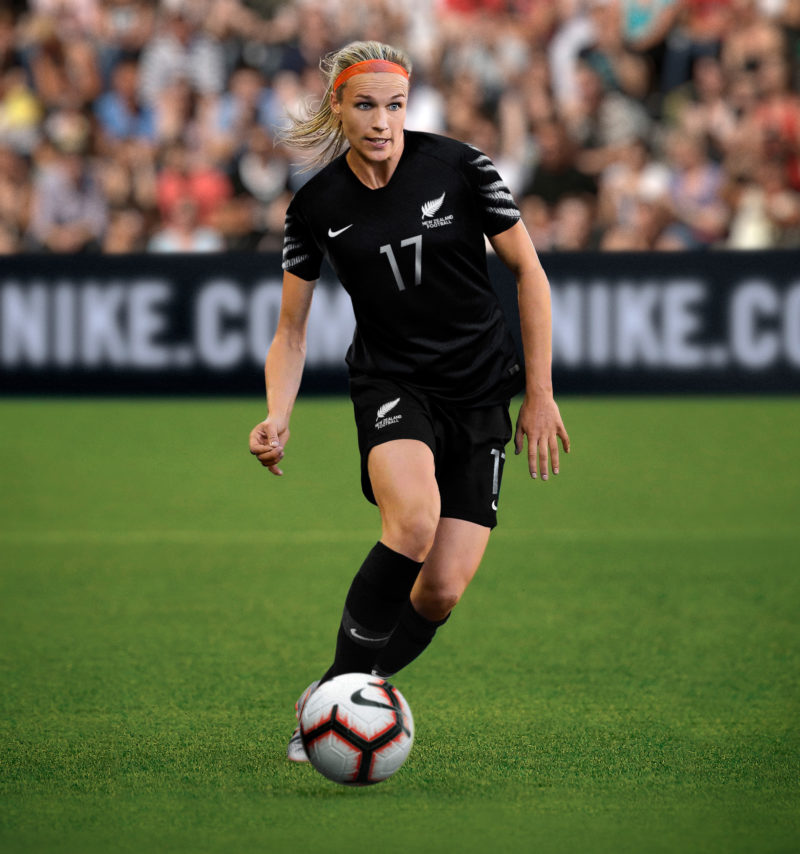 Nike have done a mazzer with New Zealand’s black Away strip ahead of this tournament. The kit is ultra clean and features silver ferns on the Football Fern’s sleeves, in what’s probably the most street-ready of all the jerseys on display at this summer’s tournament. 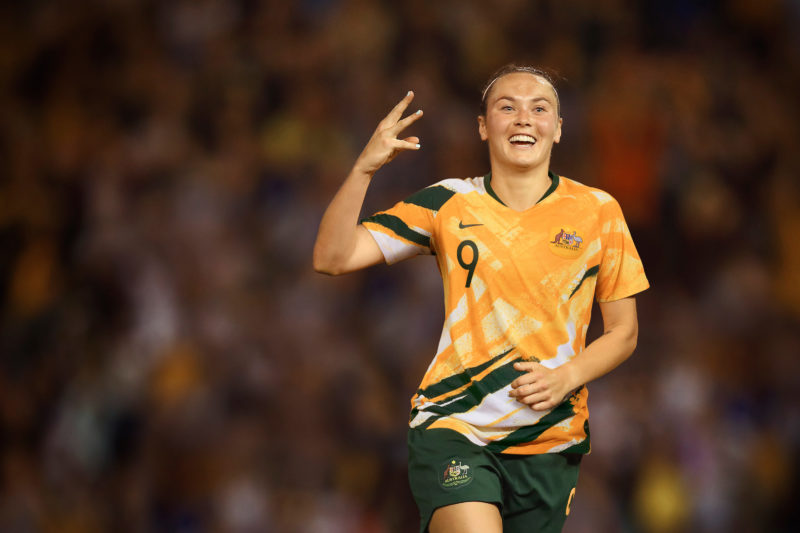 Australia’s home kit for the World Cup has received a mixed response since it dropped, but we reckon it’s one of the wavier jerseys you’ll see this summer. It’s also probably the loudest. The Matildas are regarded as the best female team in the country’s history, and with an average age of 24, they get a vibrant, gold and green kit to match their youthful energy – with an all-over Golden Wattle graphic featuring on the home shirt to rep Australia’s landscape. 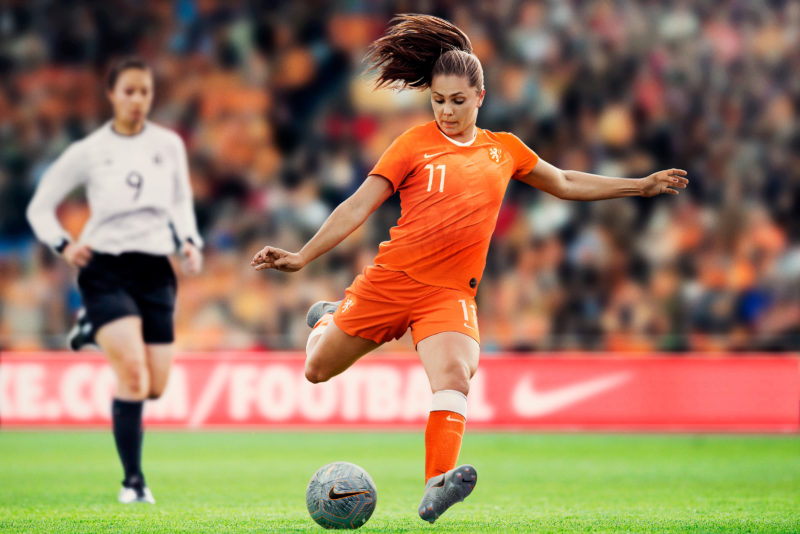 The Dutch will be dripping all summer long in their new home jersey, which features one of the cleanest designs from the Swoosh this summer. While fairly similar to the men’s jersey, the intricate details such as a unique neckline and female lion on the crest are what make this jersey so special. Would definitely cop, if it came in my size. 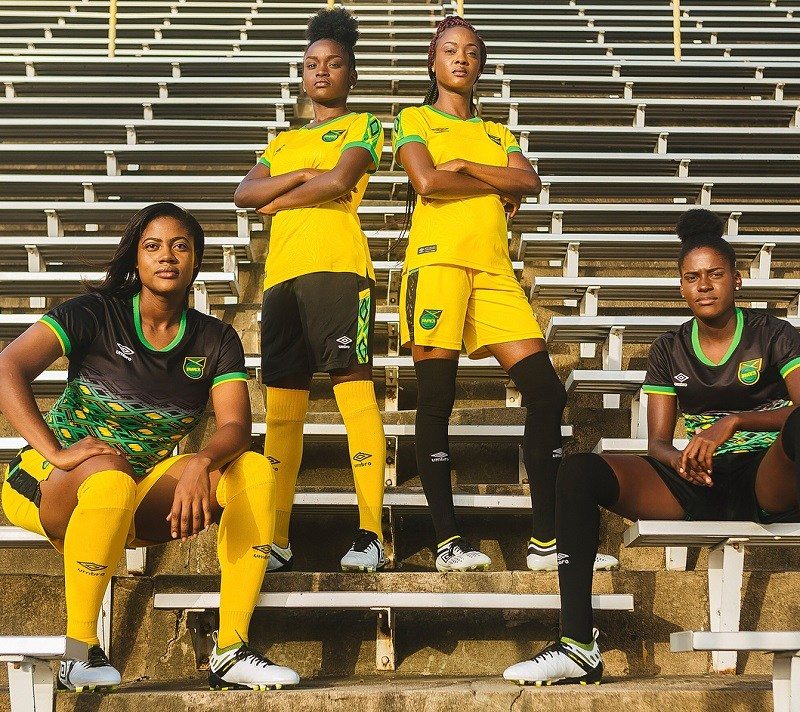 The Reggae Girlz are one of the tournament outsiders in France this summer but they’ll definitely look like one of the best teams there. The Umbro away shirt features a striking graphic that runs over the torso of the strip that represents Jamaica’s energetic culture, and they’ll be looking charged up and unruly all summer long. 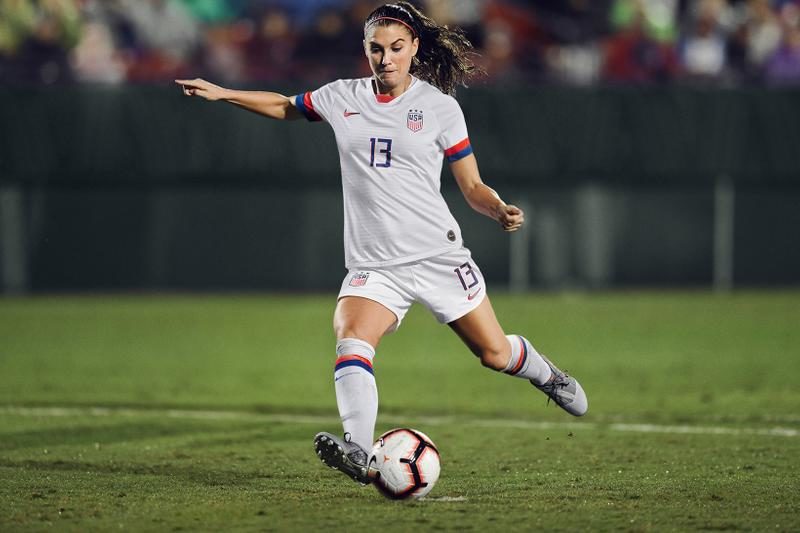 This kit screams superhero, which is wholly appropriate for the USWNT. The tournament favourites looking to marvel once again this summer, and their home jersey is another show of strength from Nike. It’s straight-up classic and clean design, featuring a white body complimented with a strong red and blue trim, with bespoke detailing on the shirt’s back featuring every American state sublimated on the back. 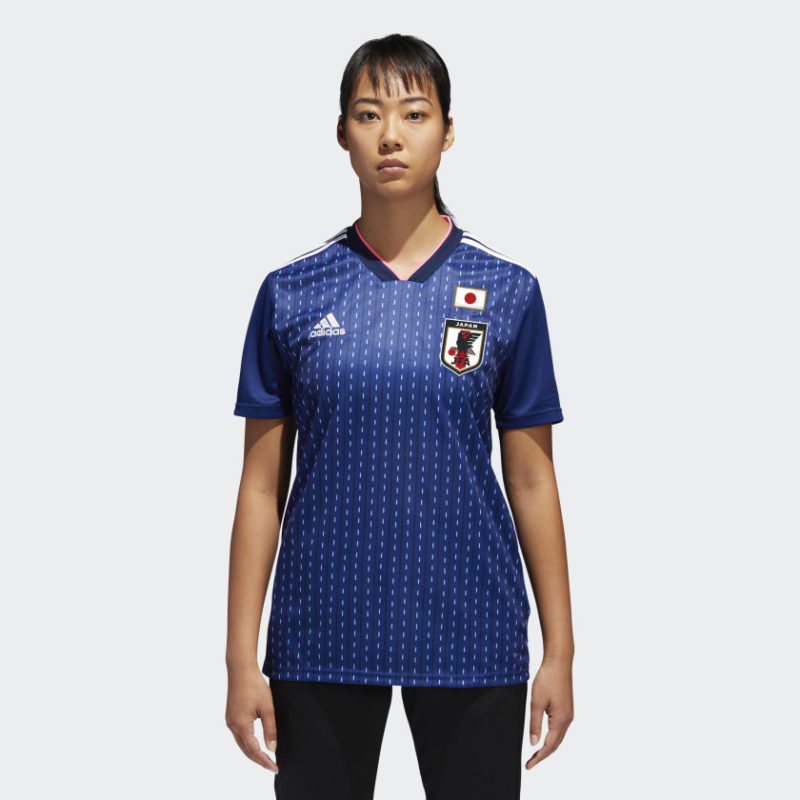 Japan’s Home Shirt at the World Cup last summer was the vastly underrated shirt of the summer, and Japan Women will get to don an identical kit to the Men this summer. Put simply, it’s so good and it also had to feature on this list, with the Sashiko stitching-inspired design nodding to the nation’s notoriously brilliant craftsmanship.