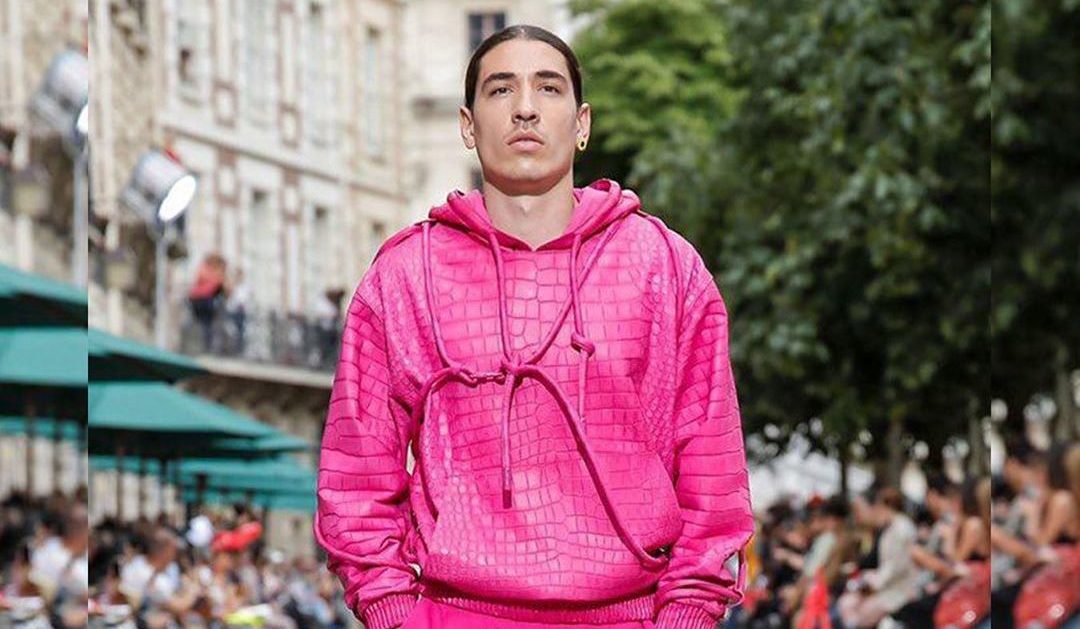 Hector Bellerin just made a different kind of debut, making his first appearance on the runway for Louis Vuitton at their Paris Fashion Week show.

The Arsenal defender has long been regarded as the most fashion-conscious player of his generation, and clearly Virgil Abloh rates his drip too.

Bellerin became the latest high-profile name to be recruited by Virgil Abloh as a model, following on from the likes of Blondie McCoy, Playboy Carti and Octavian since he took charge at LV in 2017.

Don't let them tell you, it's not possible. Thank you to @virgilabloh & @louisvuitton for the opportunity ??

Bellerin – who recently teased a collaboration with Guillermo Andrade’s 424 imprint – donned the catwalk in a fuchsia monogrammed hoodie with matching shorts and a Louis Vuitton sports bag.

The fact that Bellerin has managed to forge an authentic and cultured off-pitch persona – with fashion at the heart of it – is admirable, and setting the example for his fellow professionals. Whether he’s hanging out with reggaeton superstars or voicing his dissatisfaction with Donald Trump, Hector Bellerin is one of the only players with a really sound understanding of the cultural zeitgeist in 2019.