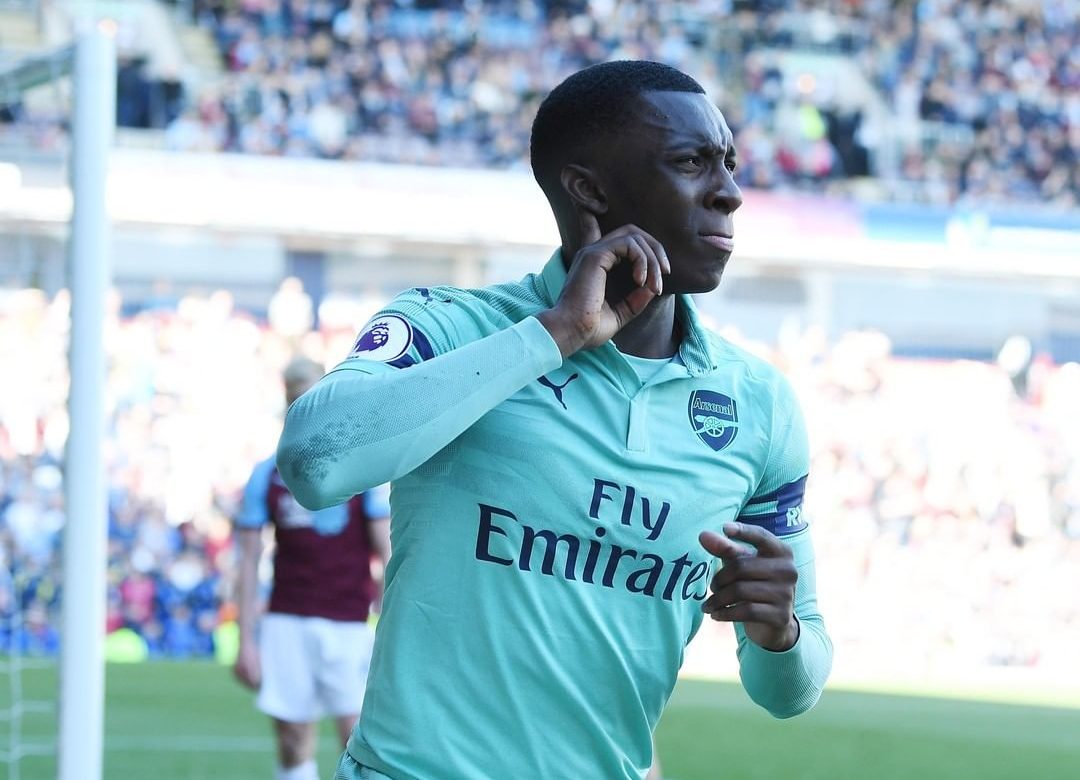 Eddie Nketiah has passionately stated his case for a place in Arsenal’s first team ahead of next season.

The 20-year-old baller ended the 2018/19 season by scoring his first Premier League goal for the club in Arsenal’s final game against Burnley and he believes he’s got the ability to make an even bigger impact for his team next season.

Despite rumours linking the striker with a loan move to either the Championship or Bundesliga, Nketiah says he won’t be following in the footsteps of Reiss Nelson or Emile Smith-Rowe by leaving the club temporarily for more first team minutes:

“At the moment I am returning back to Arsenal and will give it my all. Lacazette and Aubameyang are good players but there are a lot of good players in every position at Arsenal.

Nine young ballers have been nominated for the Premier League 2 Player of the Season award.

Nketiah signed a long-term contract with the club in 2017 and is one of the most promising talents to progress from the club’s academy in recent years. He scored two goals on his senior debut in the Carabao Cup and followed that with 19 first team appearances in all competitions last season.

If Nketiah, Nelson and Smith-Rowe are all blessed with the opportunity an impact in North London next season, the future could start to look very bright.