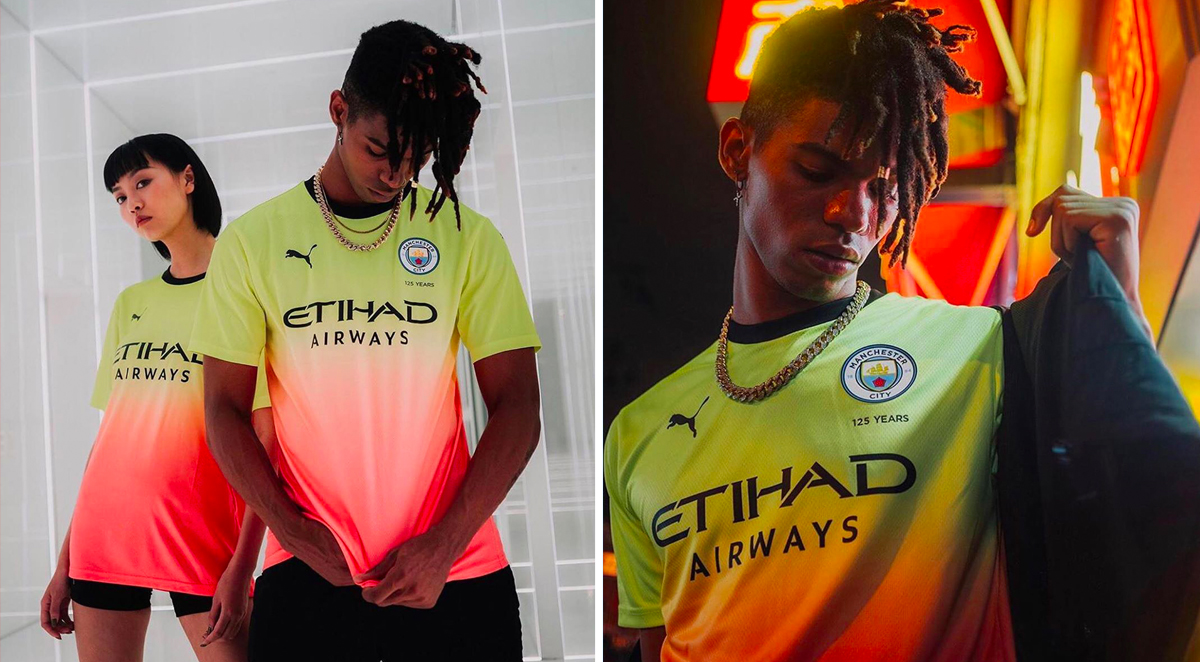 PUMA and Manchester City have just dropped off their third kit drip for the 2019/20 season, and it’s a bold new look.

The new kit incorporates two clashing colours in yellow and peach in a vibrant gradient design, inspired by the entertaining on-field brilliance of City – and rounds off a bold approach by PUMA in their first year of partnership with the Manchester club.

This new partnership between PUMA and Man City, worth up to a reported £600 million over the next 10 years, is the biggest of its kind for the German sportswear company, who take over from Nike’s current six-year deal worth roughly £20m a year.

The third kit is now available to cop from PUMA’s online store. 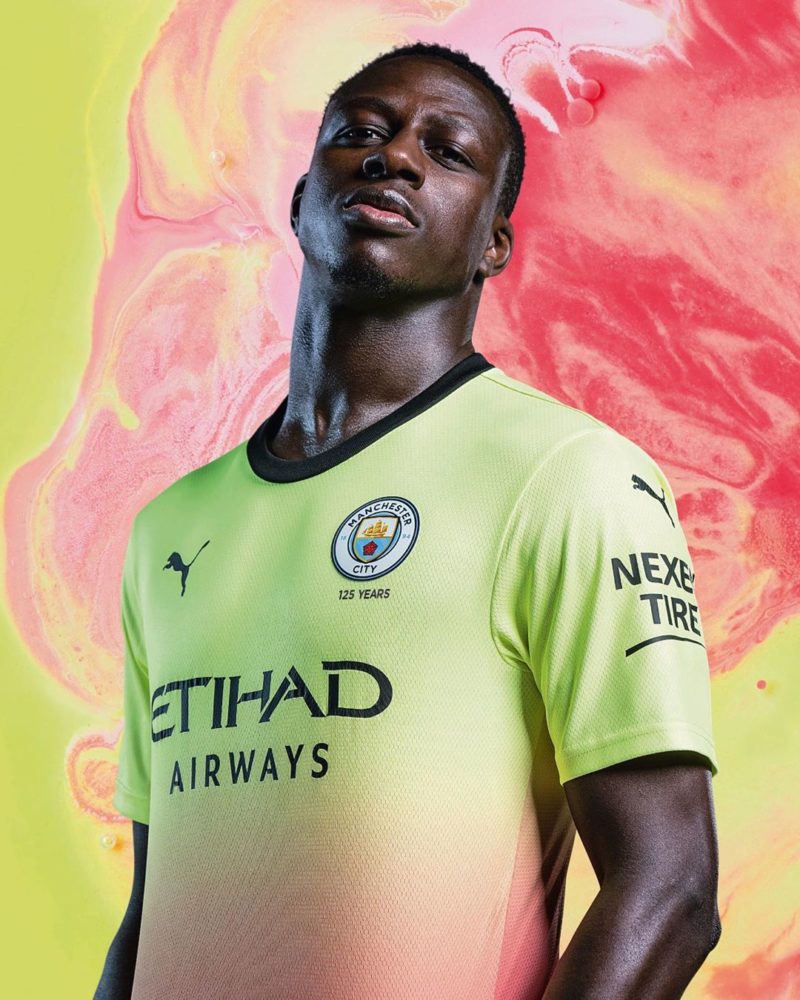 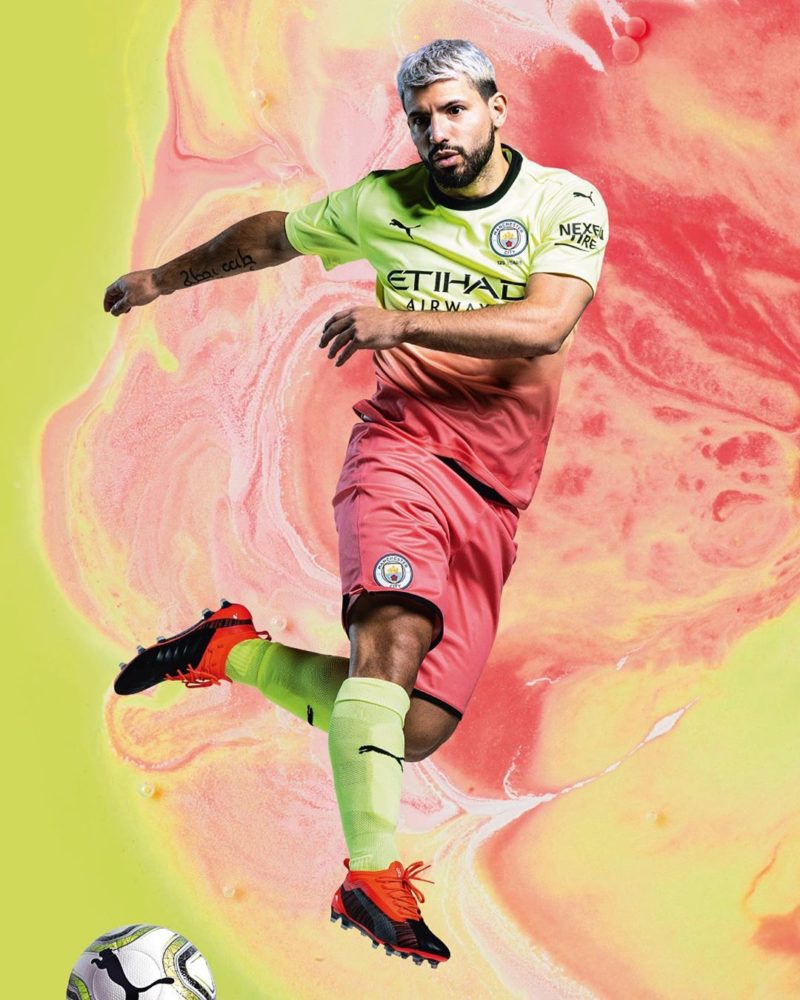 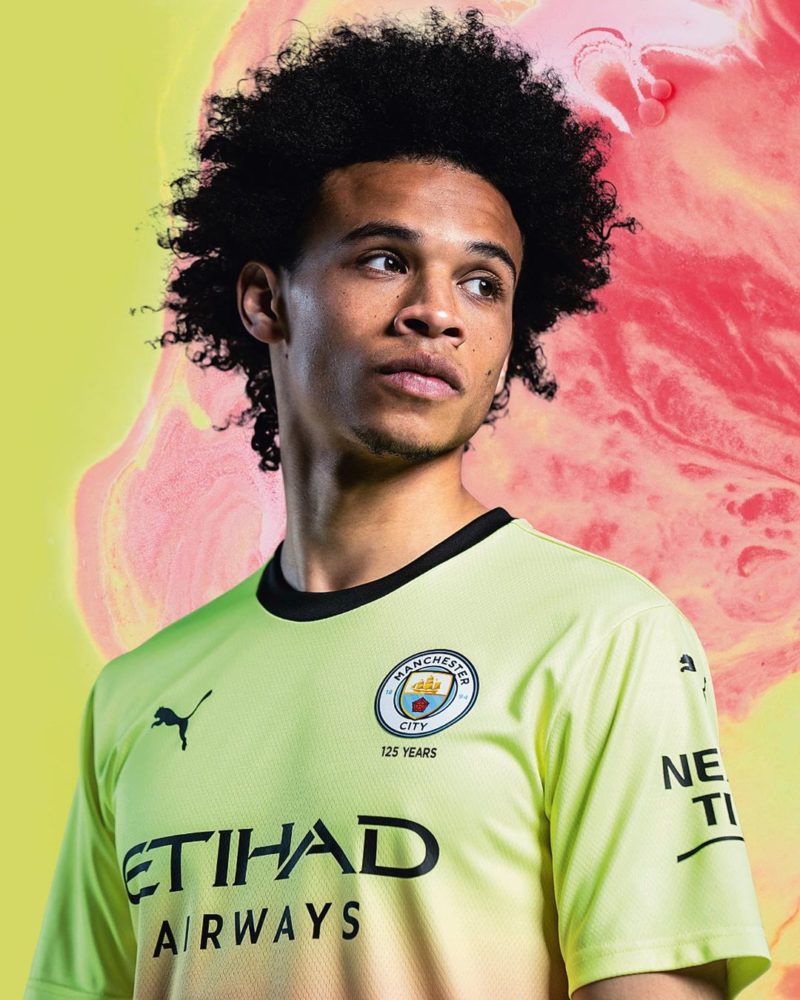 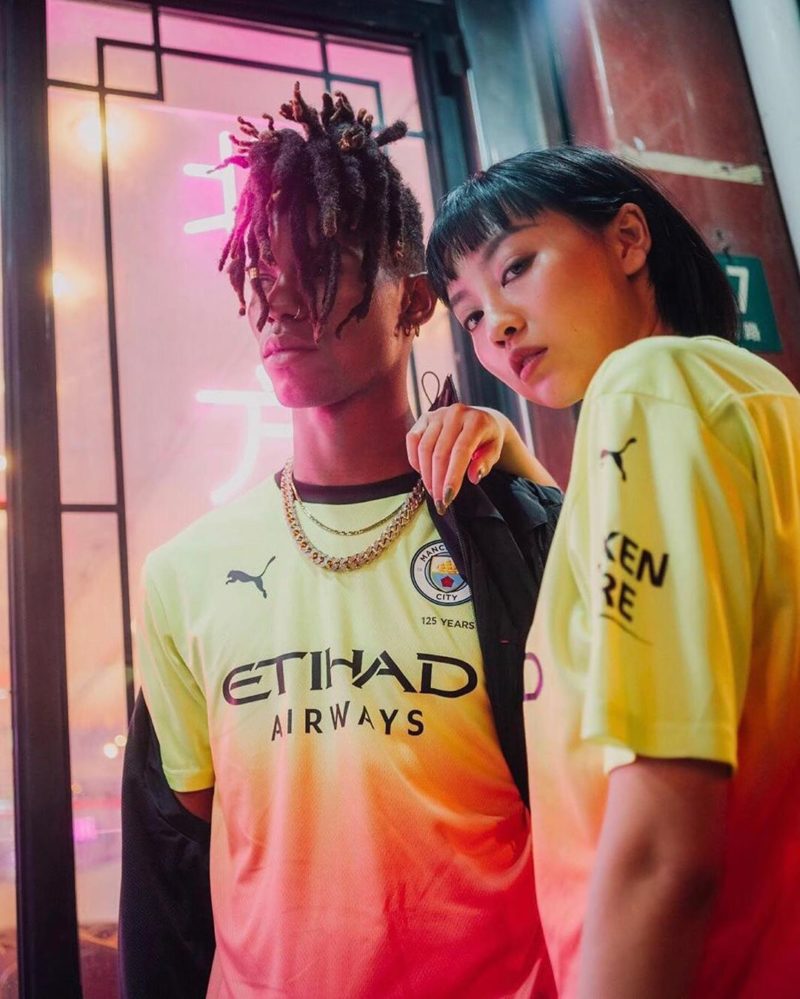 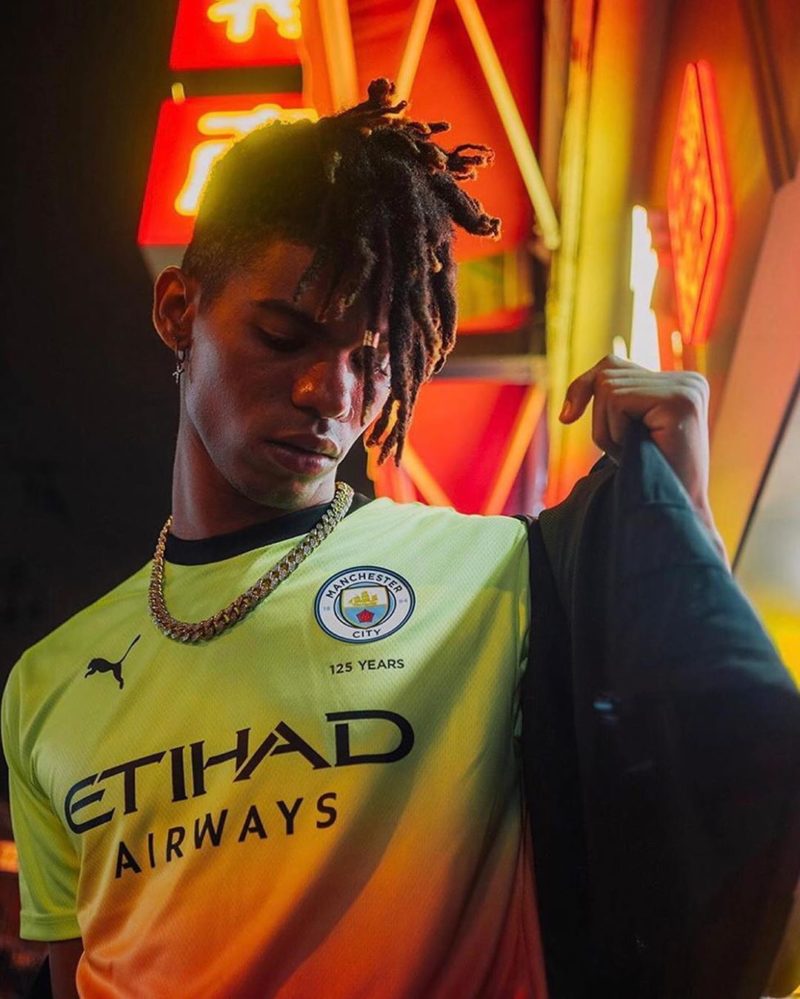 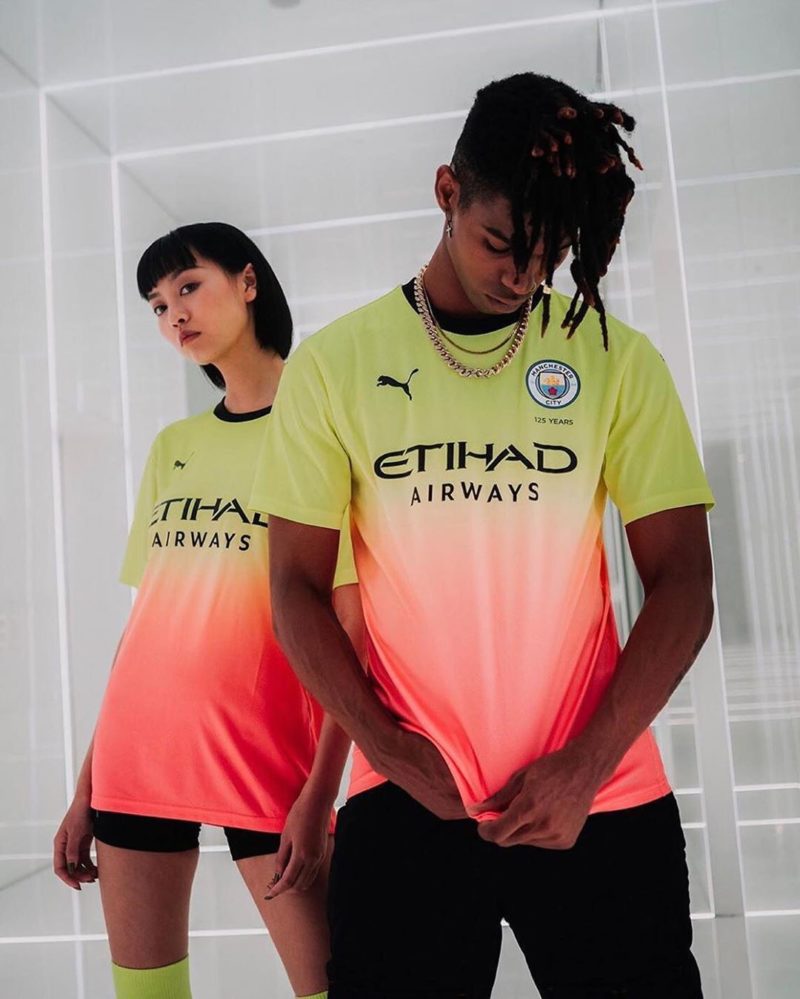 In other news, PUMA recruited Bugzy Malone to launch their first collection for Manchester City.