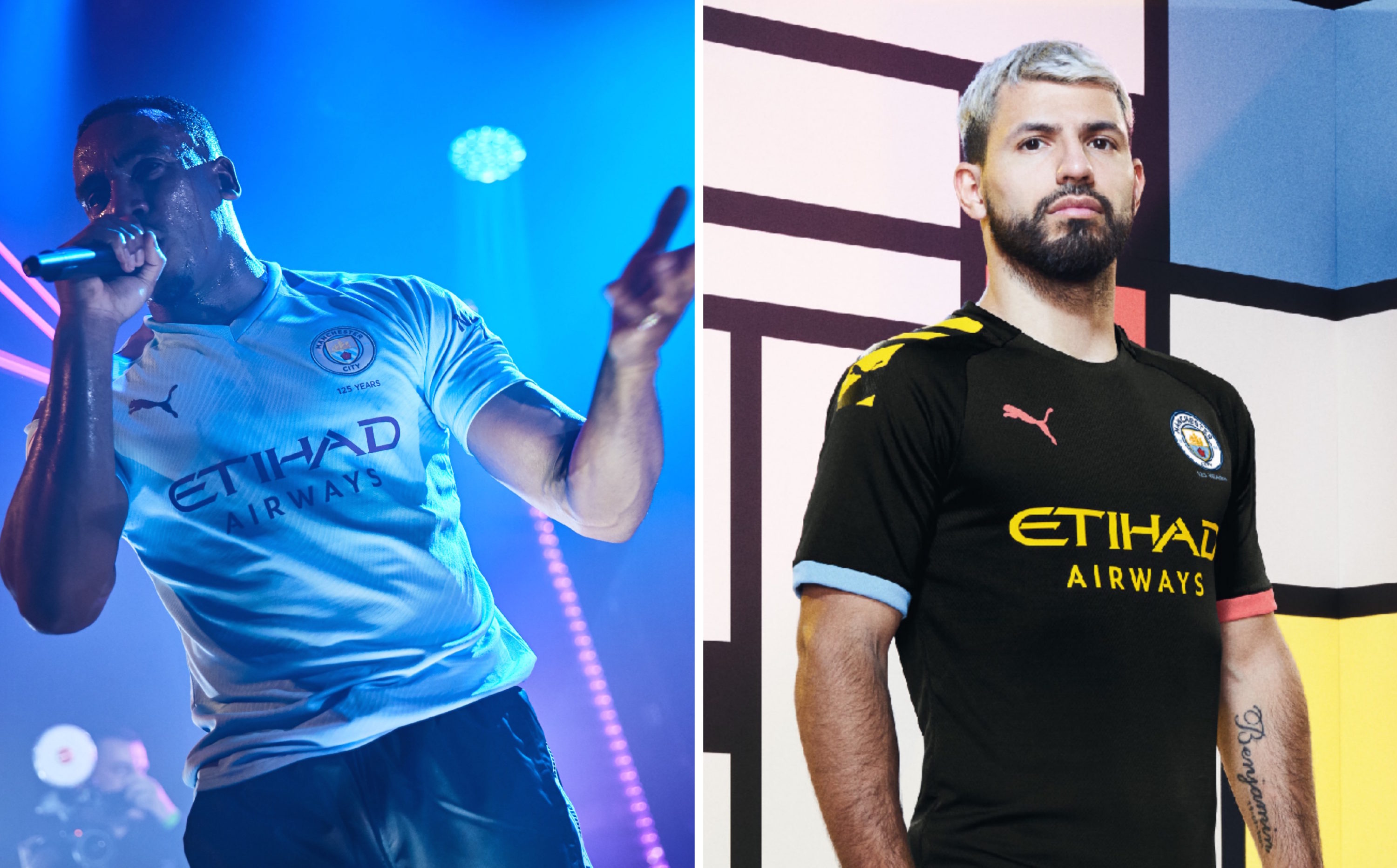 PUMA called in the King of North to launch Manchester City’s kits for next season, the first releases in their new long-term partnership.

Bugzy Malone shut down Manchester’s Mayfield Depot and stepped out on stage in the club’s new drip as the clock struck midnight, ushering in a new era for the Premier League champions.

The 2019/20 home kit draws inspiration from Manchester’s industrial heritage, celebrating the grit, fight and character that emerged from the cotton mills of Manchester. The wave pattern – running through the shirt – represent the looms which were so important to the industrial revolution in Manchester. The iconic City blue is highlighted with purple, used on the home shirt for the first time ever. 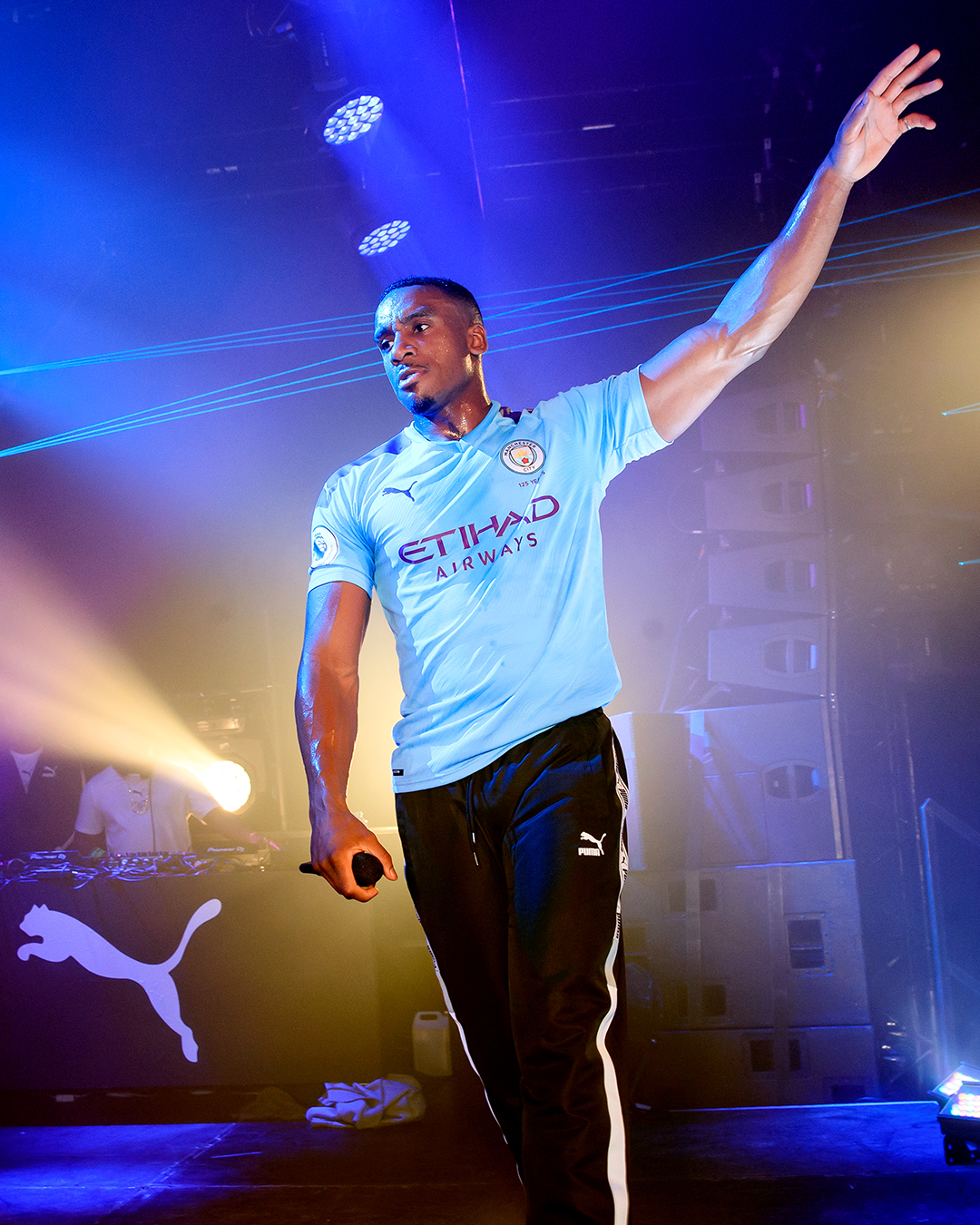 The away kit celebrates the city’s “Madchester” years, the time in the late 1980s and early 1990s which saw 0161 become the home of dance music. The kit is directly inspired by legendary former nightclub, The Haçienda. Using black colour as a base, this Away kit features yellow stripes on the left shoulder and additional peach and blue pops create a colourful representation of this legendary cultural icon that was the heartbeat of the city.

See what happened Bugzy Malone dropped the new kit and get a closer look at the collection below, which is available on PUMA.com now. 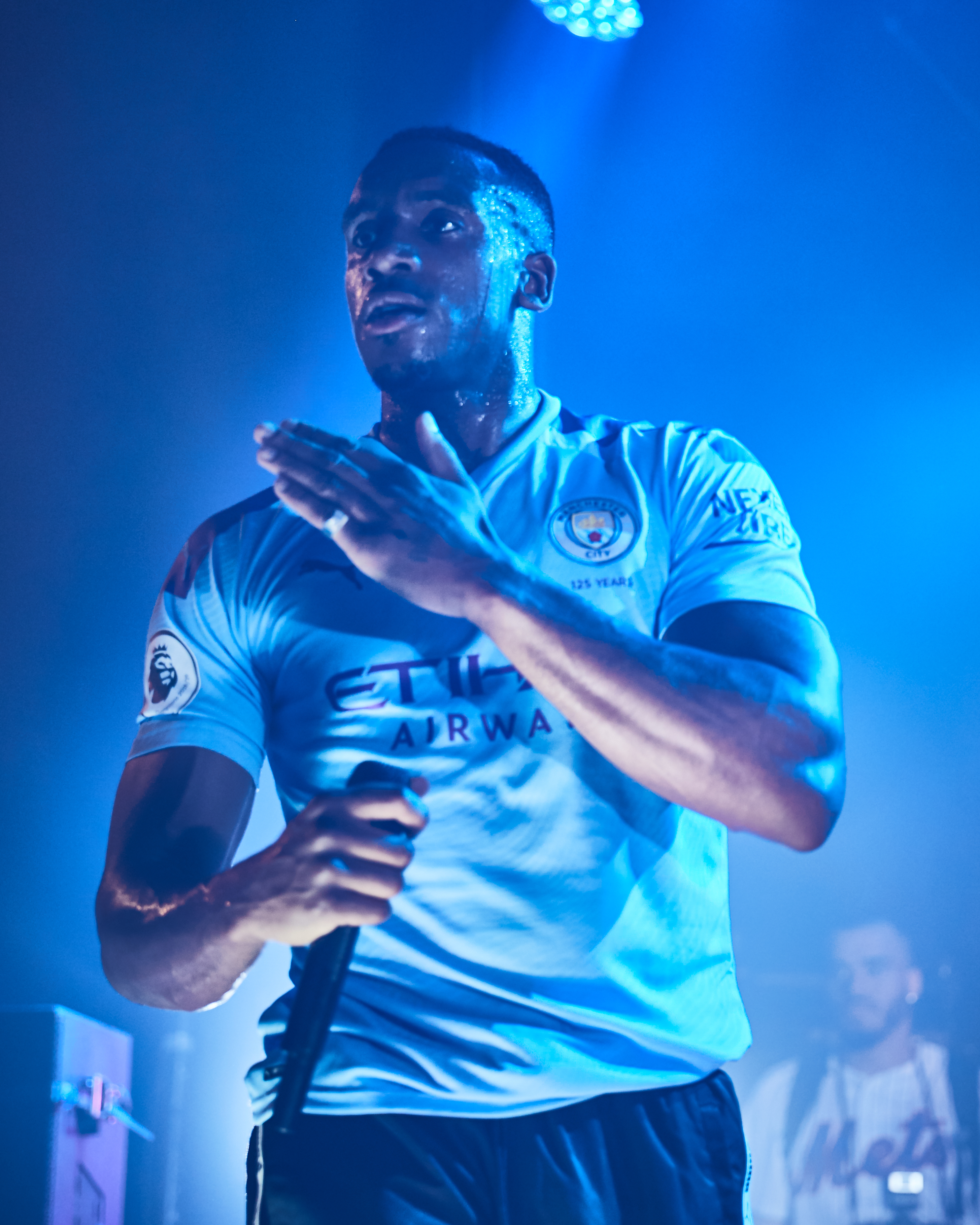 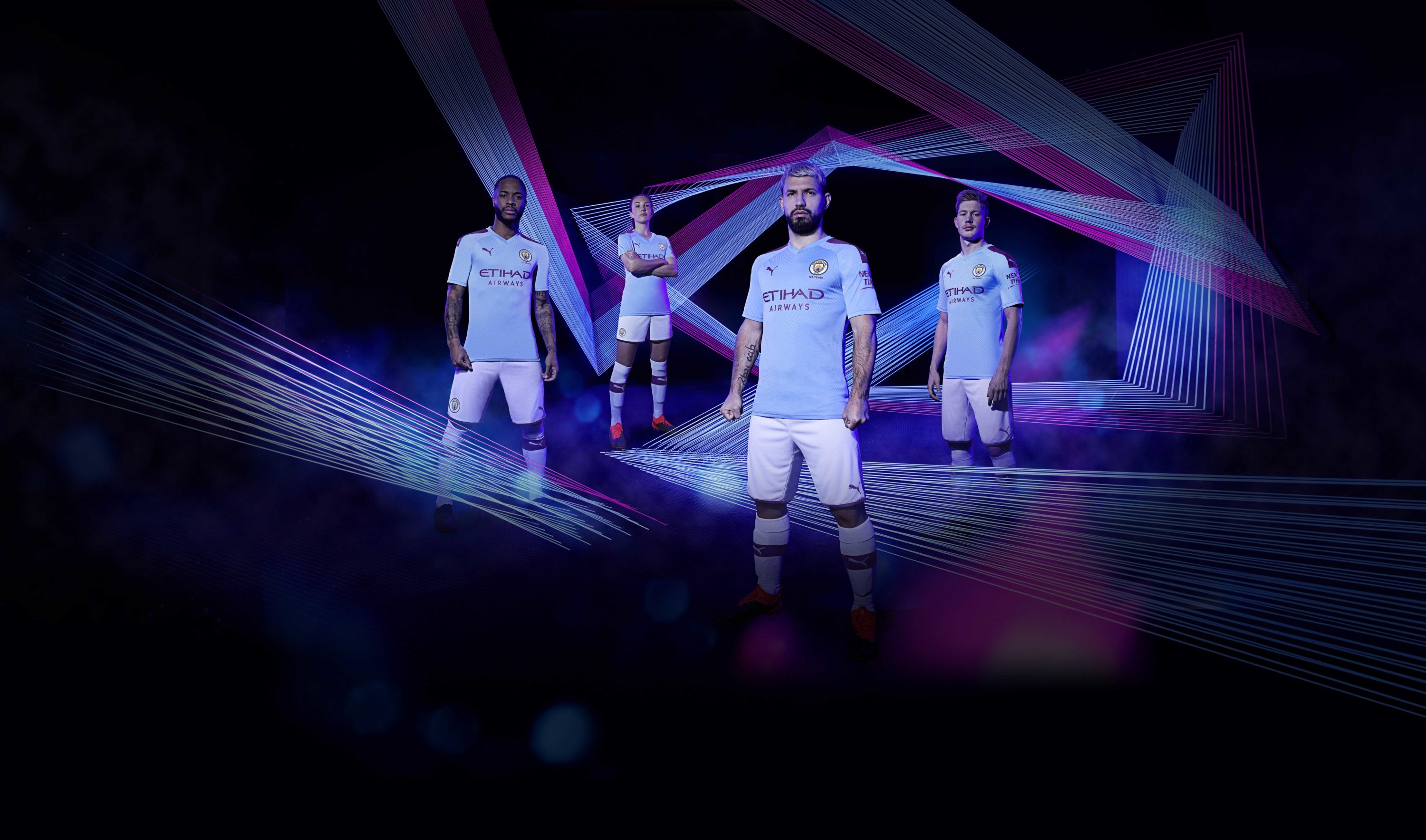 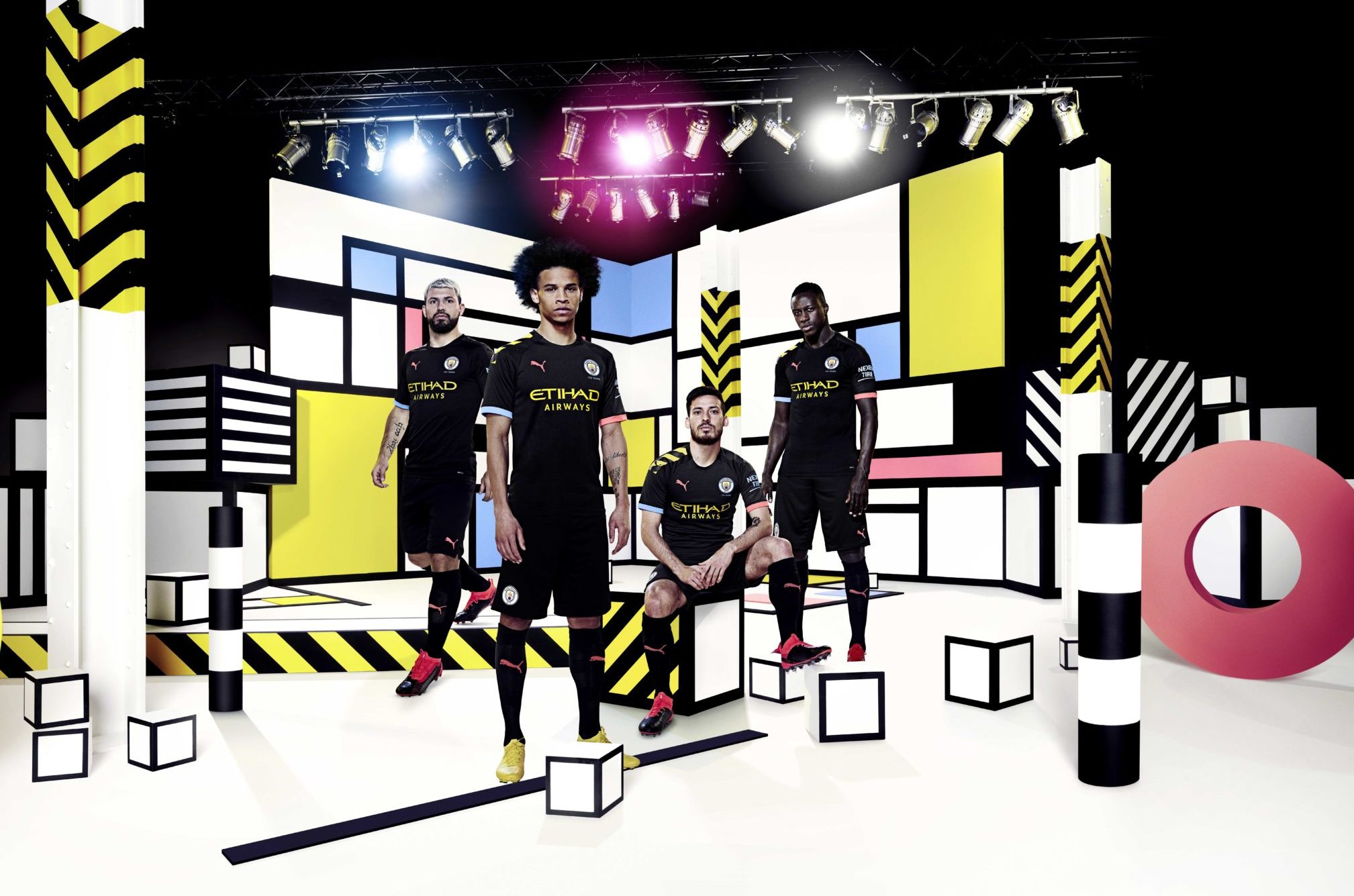