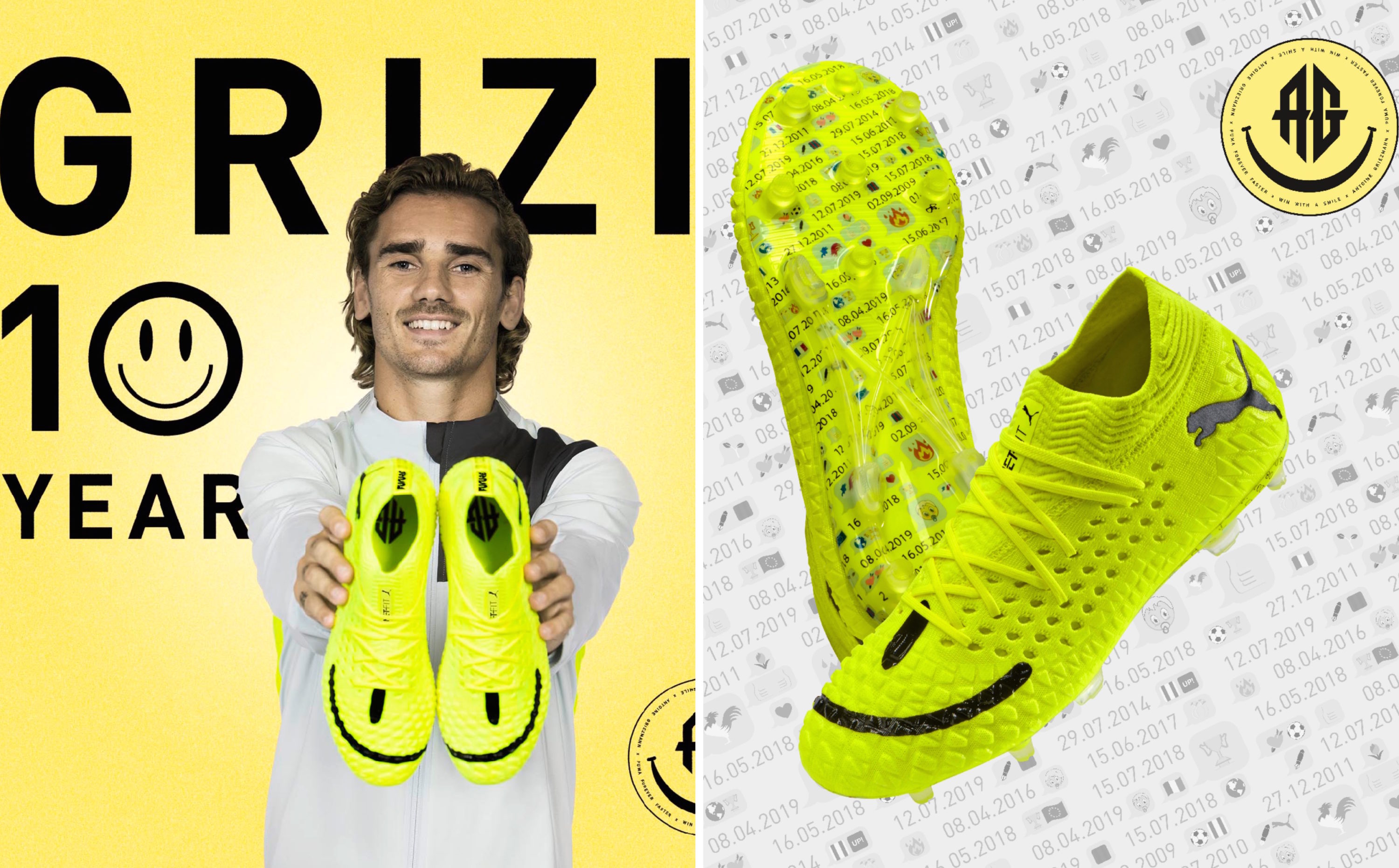 Antoine Griezmann has linked up with PUMA to co-design a signature boot that celebrates his 10 years in the professional game.

The France baller has had a glittering decade in the game that’s seen him pick up countless individual, domestic and international prizes – including the World Cup – but it’s his carefree attitude on the pitch and a determination to “win with a smile” that’s seen him become one of football’s biggest personalities.

The ‘Yellow-Alert’ PUMA FUTURE features a show-stopping Smiley graphic across the upper and his ‘Play with a smile’ motto on the outsole reflecting his positive outlook on the game. Griezmann will be wearing a customised version of this special edition FUTURE, with ten life-defining moments – personally chosen by himself – told through the medium of emojis across the outsole.

Moments in his life that the boot nods to includes his Real Sociedad debut, signing with PUMA, the birth of his children, winning the World Cup, and signing for Barcelona.

The boot will is available at PUMA.com and leading football retailers. 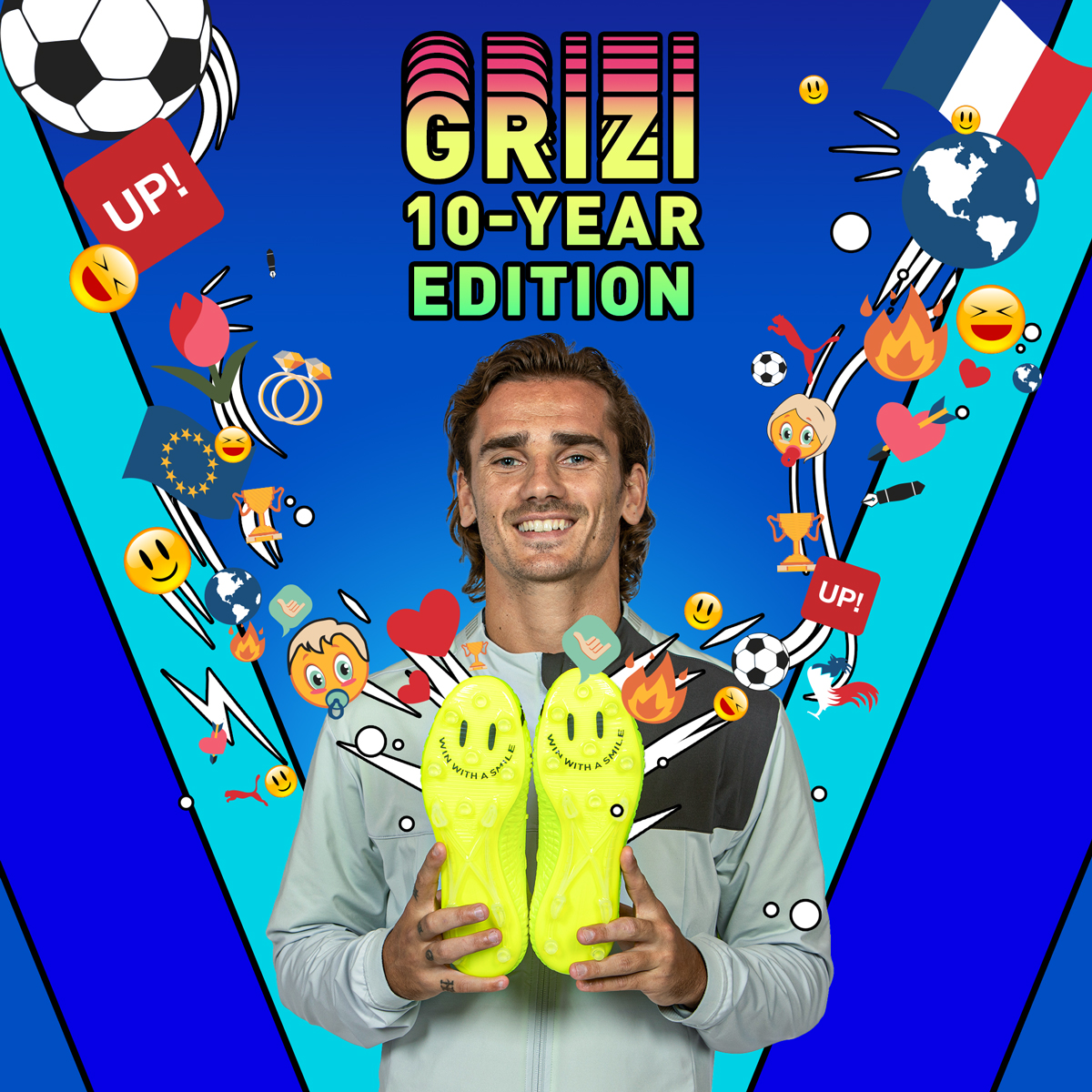