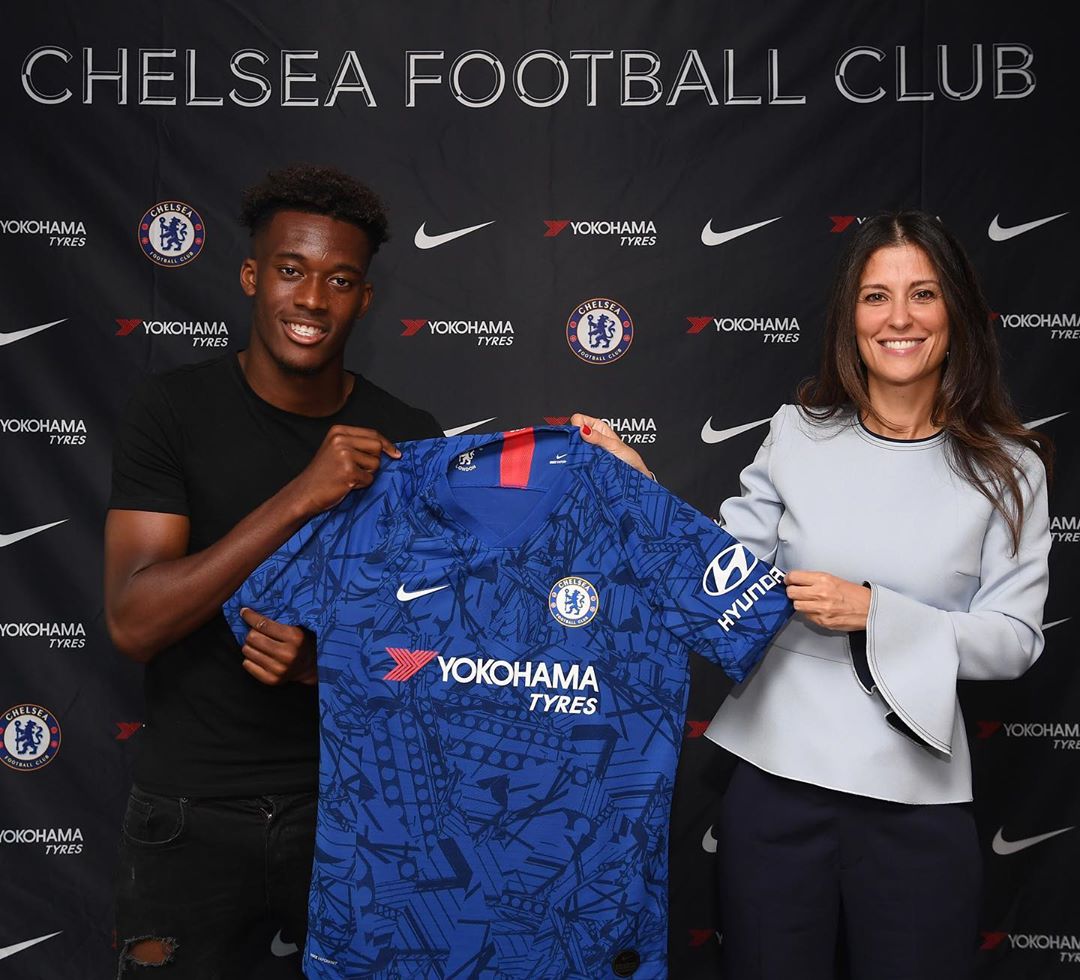 It’s the news Blues fans have all been waiting for: Callum Hudson-Odoi has finally put pen to paper on a new contract with Chelsea.

The young England baller signs a new five-year deal with his boyhood club, joining the likes of Ruben Loftus-Cheek and Mason Mount in committing his future to the Blues new era under Frank Lampard.

It’s the one you’ve all been waiting for! 😉 Congratulations, @Calteck10! #CFC #Chelsea

After signing his new deal, Hudson-Odoi said, “It’s an amazing feeling. It’s been a long wait but it’s done now and I’m really happy about that. I’ve been a Chelsea player since I was eight and this is the right club for me to be at.

“I want to lift as many trophies as possible, win as many games as possible and contribute to as many goals as I can as well. As a team, we just want to work hard to achieve the best results we can. I’m delighted everything has been agreed and now I’m just looking forward to properly getting back.”

Calteck will turn 19 in November and enjoyed a breakthrough 2018/19 season, winning himself a place in the side and ending the campaign with five goals and a string of assists before suffering a long-term injury.

Chelsea’s Young Player of The Season is on the verge of returning to first team action once again, where he will link up with fellow Academy talents Fikayo Tomori and Tammy Abraham, who are also set to secure new and improved deals at the club.

The future is bright at Chelsea – here’s why we should all be celebrating their new school of ballers this season.