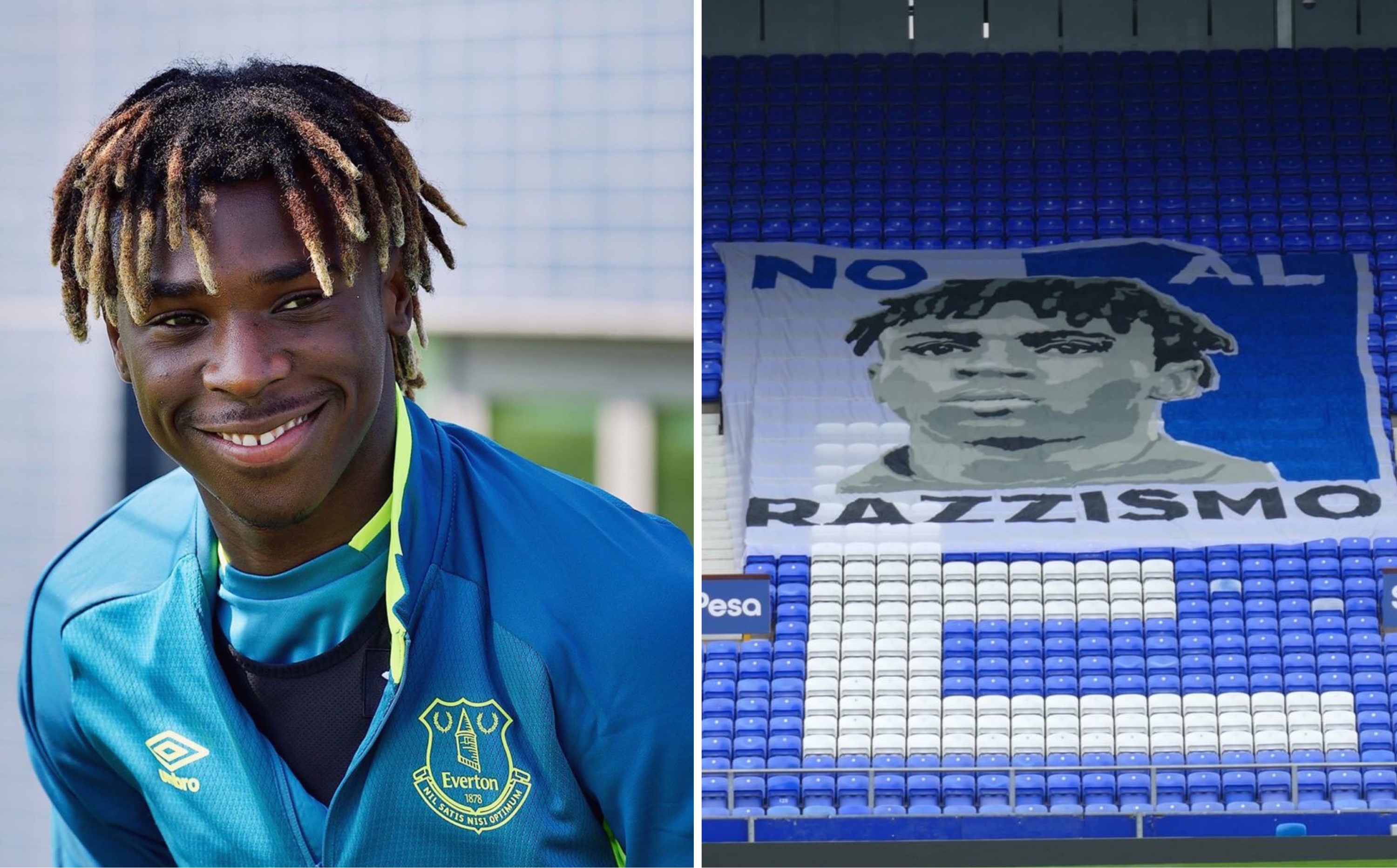 Everton has unveiled an anti-racism banner in support of its new star Moise Kean, which was paid for entirely by the club’s fans.

The new banner condemns racism and has been created to welcome 19-year-old baller Kean to the club, following his disgraceful encounters with racism in Italian football. Earlier this year, the hitman suffered abuse from Cagliari fans while playing for Juventus – and his club captain Leonardo Bonucci bizarrely claimed Kean was “50/50 to blame” for the horrific monkey chants.

💙 | This banner will be shown at Goodison on Saturday 👇

Now at Everton after completing an exciting £36 million transfer this summer, the club’s fans want to let Kean know he’s at home on Merseyside. Fans raised more than £3,000 to make the banner, which will debut at Goodison Park in this weekend’s match against Manchester City.

The banner cost £1,000 to produce and the remaining £2,200 raised by fans will be split between Kick It out and Everton In The Community.

Everton fans are real ones for this.