Yungen is a man really enjoying life right now. Not only a platinum-selling rapper who has a string of successful tracks under his belt, the 27-year-old seems to naturally acclimatise and succeed in anything he puts his mind to.

Whether it’s radio domination, brand partnerships with Liverpool – the club he grew up supporting – or television appearances on Sky Sports to flex his nous of the beautiful game, the Herne Hill-raised musician tells VERSUS he’s been “doing everything he loves doing” in 2019.

Despite all his undoubted recent success – including being splashed across Liverpool’s official Instagram to launch the club’s New Balance Street Training apparel – Yungen is a very humble guy, with a boyish excitement about his work with the club, “Actually being involved with the stuff they’re doing is really surreal!”

VERSUS met with the UK rap don at his latest work with the brand, in his beloved Liverpool, where he was interviewing one of his modern-day heroes, Sadio Mane: “the GOAT”, as Yungen labels him. We chopped it up with Yungen before he spoke to Sadio to learn more about what it’s been like working with his boyhood club, as well as discovering more about his roots into music and how the area he grew up in is shaping the future of football and music. 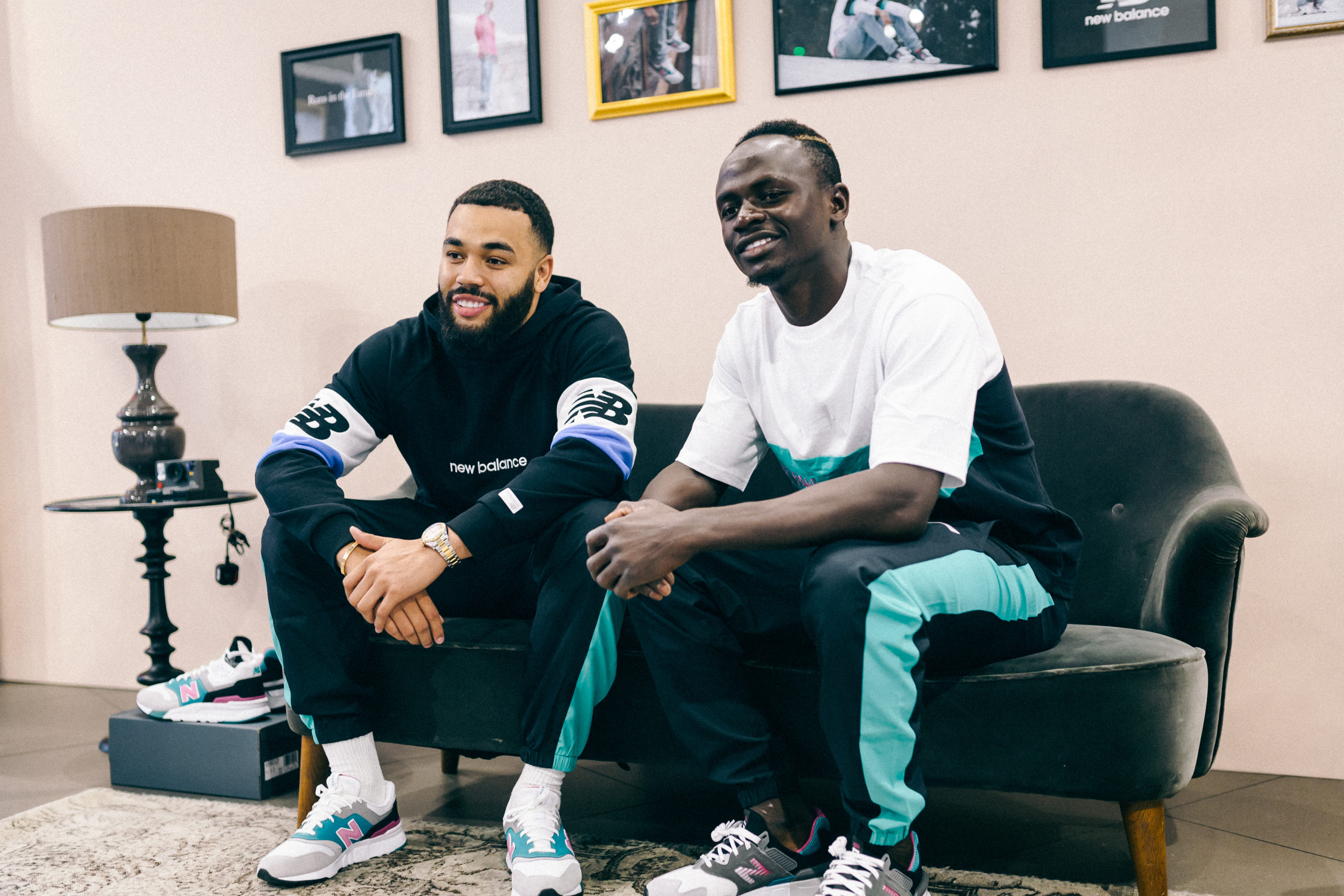 VERSUS: What’s it been like linking up with Liverpool and New Balance recently and seeing yourself on the club’s Instagram?

Yungen: It has been crazy! It’s felt weird as I’ve been a genuine fan since I was a little boy, so to actually be involved with the stuff they’re doing is really surreal. Even being here today is surreal!

The new collection is cold – is it something you’re gonna be rocking a lot?

Yeah definitely, it’s a vibe. It’s a performance outfit as well so it’s gonna be good to move about in too, as well as rocking it casually. It’s a fit I can see myself wearing on stage a lot.

What do you think of the New Balance 997S?

These are crazy! I’m like proper sneaker freak – i’ve got like hundreds and hundreds of sneakers – and these are a pair that are gonna slot straight into the rotation.

You’ve previously said you wanna start your own label and you can hear how much you love the drip in your lyrics. Is that still the plan?

I just love clothes man! Once i’ve got my album out this year, that’s definitely the focus, working on my own label. 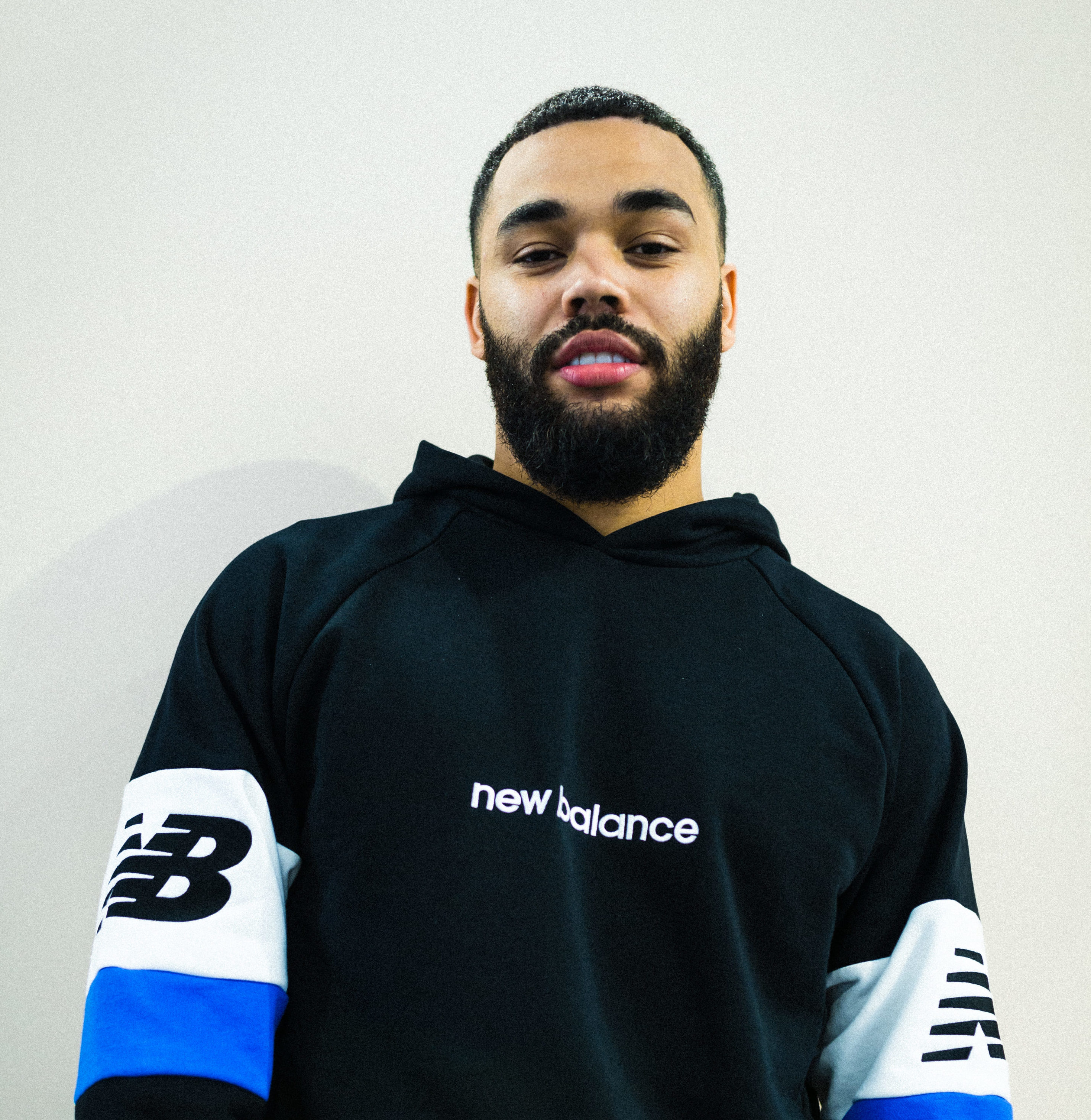 What made you first start supporting Liverpool?

My mum is originally from Liverpool, and all my older brothers are too – they all still live here. I’ve just been born into it, and it’s truly been the best experience ever, especially recently.

How often did you get to watch them play growing up?

Yeah quite a few times, actually. I must’ve gone for the first time when I was 5 or 6 in the 1996/97 season, just before Michael Owen came through. Anfield was just a love at first sight thing for me.

I had an older brother that had been going to games for time before me, and once I saw how much it meant to him, I just naturally started gravitating towards it too. The support is just different here, everyone in the city is wearing the kits – I honestly don’t think you can buy shirts from anyone but Liverpool or Everton up here!

Did you used to kick ball to a good standard growing up in Herne Hill?

Yeah yeah I used to kick ball a lot back then – I clearly wasn’t good enough as I’m a rapper now! I was playing from when I first started getting into football at age 5/6 and then playing properly when I was 17/18 – and then I transitioned into music.

What was it like growing up there, and what were your main motivations to get into music?

A lot of people try and paint this picture of you like “ah he’s from a council estate and made it out”, but it was actually a family and a community growing up there – that shaped me into who I am. Growing up there, MC’ing, kicking ball, that was just routine. I actually lived in the play area on my estate, so everyone was always knocking on my door to do both all the time, so I just got into it through the people around me.

There’s a lot of new South London ballers on the scene too… why do you think that part of London fosters so much talent?

I think with the last generation, or certainly the one just after me, they’ve actually realised you can become a professional baller. The likes of Jadon Sancho and Reiss Nelson who grew up so close to me have just clocked it. They’re ambitious and I feel like that mentality just wasn’t there before in the same way. Even with the fact they’ve moved abroad to play to pursue their dreams, it just shows how determined they are to make it. The opportunities are bigger now.

I’ve got a nephew now who’s playing out on the estate, and my sister is worried about him playing on the streets. I actually told her “nah, this is what he needs to do!” You only have to see the likes of how Hudson-Odoi and Brewster play these days to see how much of a difference playing in the cages makes to shaping them into the players they are. These guys went school, got back, played football. They lived and breathed it.

When did you first transition into making music?

I was 18 when I put out my first video. I didn’t even want to be in front of a camera before then – I was just rapping with my friends as an outlet before. But then my friends were like “bro, you’re good – go and make a video!”, and after a bit of persuading I just did it, and it’s gone from there and changed my life. 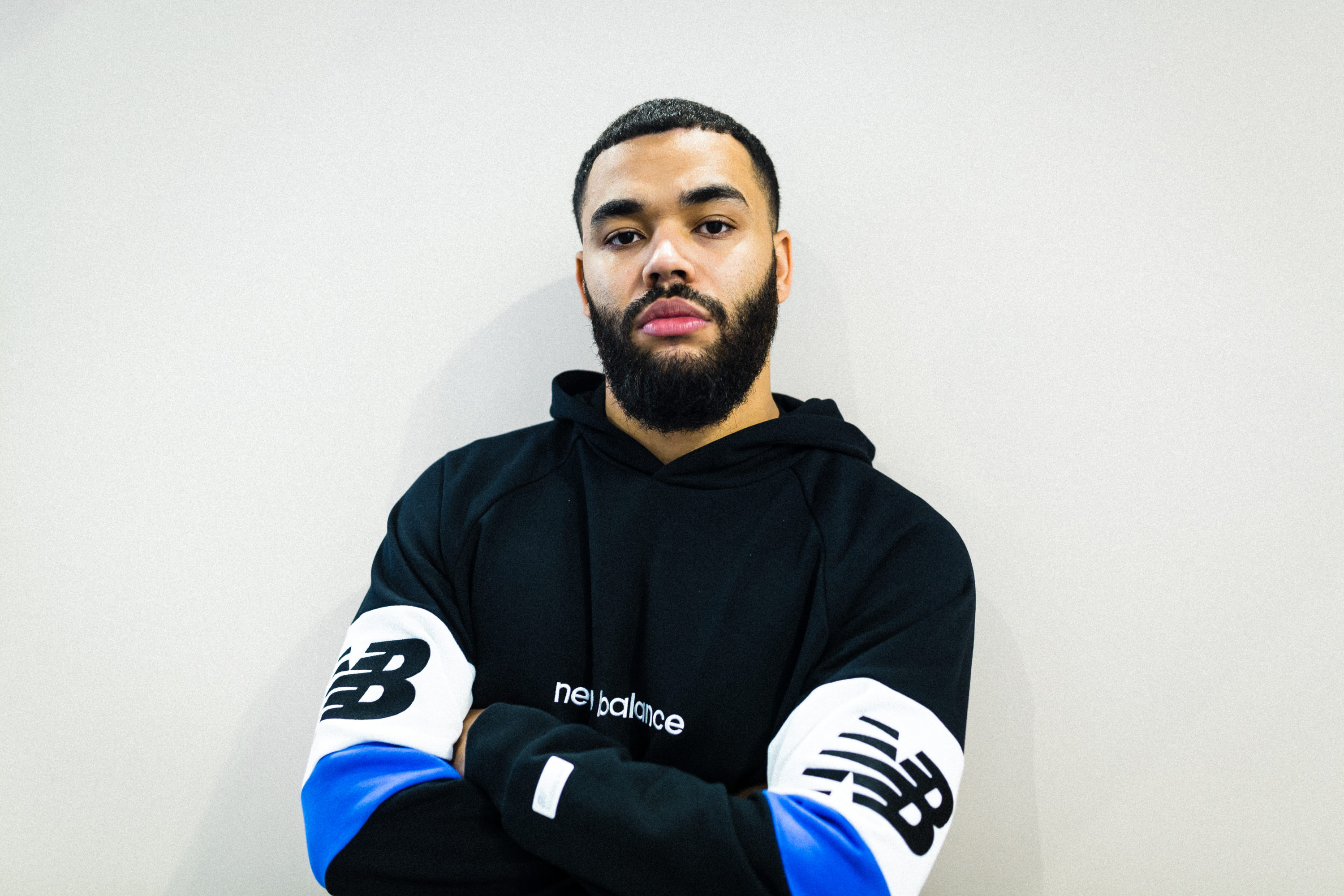 How do you think Liverpool will get on this season? More silverware?

I think as we’ve tasted now, the boys are just hungry for more. Jurgen is obviously the man to lead them there too – you can just see how the squad and him interact that there’s something special going on. The motivation that he gives the players every day is just mad. Even if you’re a new player coming in like Adrian, and he gives that speech after the Super Cup final were he quotes ‘Rocky’… that must mean so much to him. He really knows how to tap into the players emotions and bring out the best in them, so hopefully we see a lot more of that in the seasons to come.

Who do you think will win the Golden Boot? Do you think Sadio can do it?

He’s not playing around this season! I think he’ll do it again this time around.

You’re one of the most vocal football fans on Twitter and now on Sky Sports ‘Saturday Social’ – is that something you’ve always wanted to do?

It’s just something I enjoy doing you know? I’m there doing that because I love it man.

Have you got any favourite football lyrics? You know the likes of Don Strapzy and Headie One love dropping football bars.

Headie’s Mo Salah bar is obviously cold. What Strapzy is doing at the minute is mad too –super talented guy. Shout out SE Dons!

What have you got planned for the rest of the year?

The album is coming soon! Hopefully it’ll arrive before the end of the year or early next. And then after that, a tour will be coming, hopefully drop some clothes, and just carrying on enjoying life.