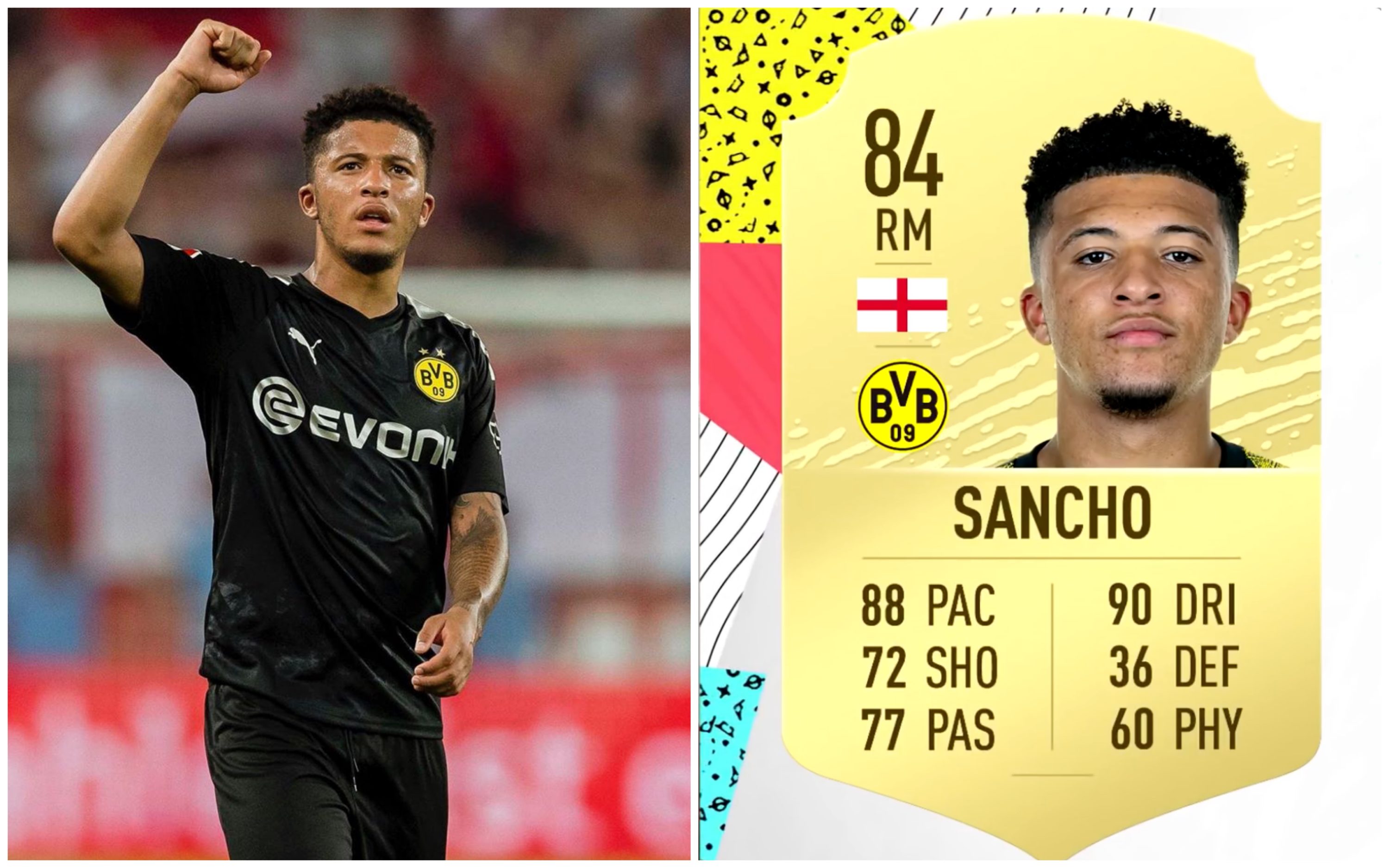 Jadon Sancho is about to make waves with his new rating on EA Sports FIFA 20.

The 19-year-old star is one of the faces of this year’s game and on the back of a killer season with Borussia Dortmund that saw him rack up some of the best attacking stats in Europe, Sancho has been rewarded with one of the biggest stat upgrades on FIFA 20.

After starting off as a 72-rated card on FIFA 19 last year, Sancho begins the new game with an official overall rating of 84 – including game-breaking stats of 90 for dribbling and 88 for pace, while he posts a very respectable 72 shooting and 77 passing.

An unreal run and saucy finish by the 19-year-old against Bayern. Back at it. pic.twitter.com/h9YnIYCLs9

Sancho has picked up where he left off from last season so far in 2019/20, scoring three goals and making four assists in the first month of the season.

The London-born baller deserves this shine.