Anthony Joshua is taking his love of football to the next level by creating his own pitch in Shoreditch in partnership with EA Sports, with 250 hours of free pitch time being donated to the borough’s young ballers.

The hard-hitting Watford heavyweight has opened the new facility to celebrate the launch of Volta Football in FIFA 20, which is all about taking football back to the streets. AJ – despite being one of the best boxers on the planet – grew up in North London with football as his first love, playing for local amateur teams in Watford before going on trial with Charlton as a teenager.

Ahead of FIFA 20’s global launch, VERSUS went inside ‘The Lion’s Den’ at Powerleague Shoreditch to chop it up with Anthony Joshua about his love of FIFA, linking up with Paul Pogba, and how he almost made it as a pro baller. 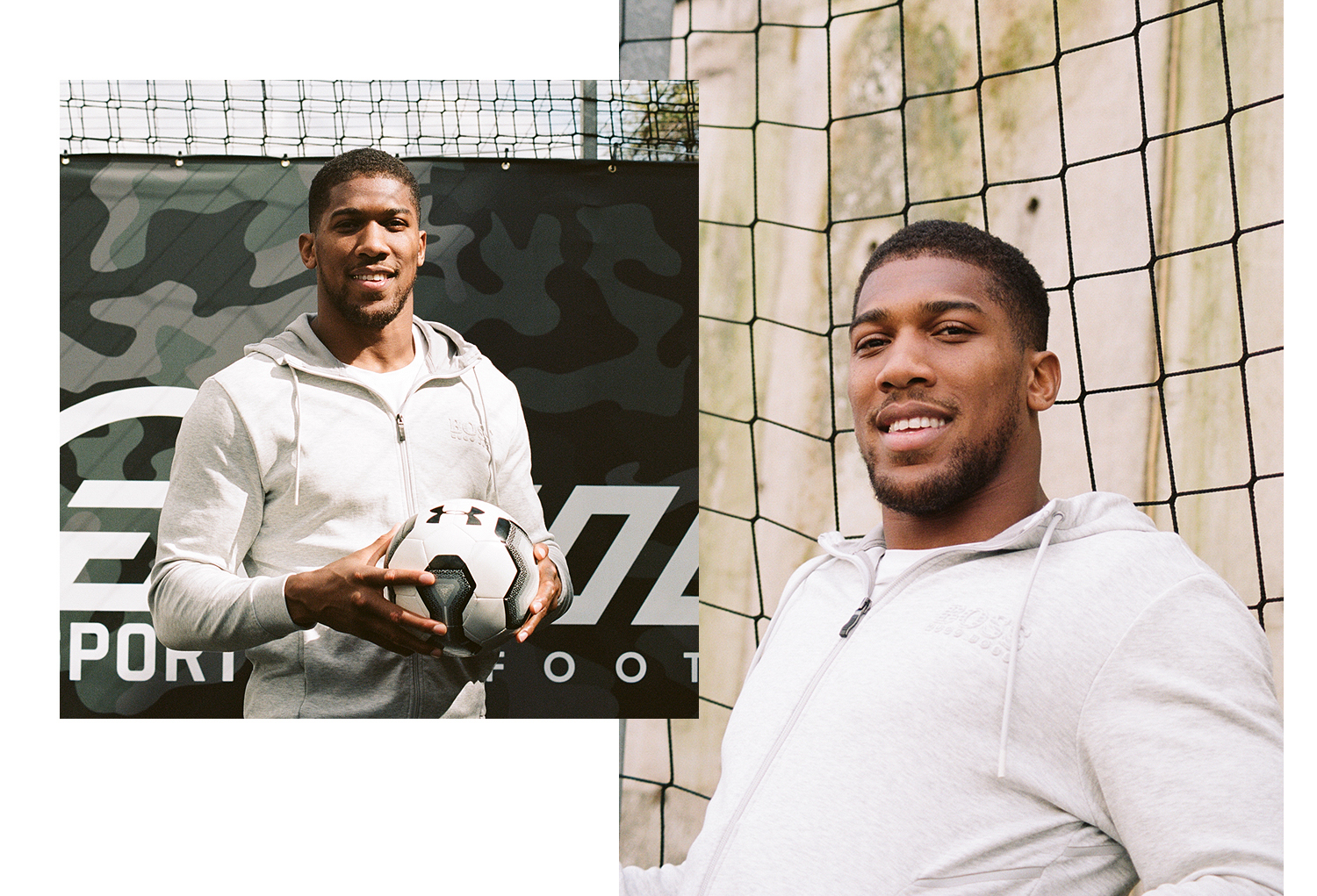 VERSUS: As we link up at Shoreditch Powerleague today, it only feels right to start by asking you what your tek is like with a ball at your feet?

Anthony Joshua: I’m not the greatest but I’m effective! I think simple play is the best play, I’m more of a spokesperson on the pitch – a bit of a leader. I like to make myself heard and control the team. I think that’s important.

Yeah! That’s what I’m all about, my mate the other day was asking me what I do for fun and to be honest I just play football – I’m not into the golf thing or the tennis thing. I just think growing up, coming down the astro turf with the boys, putting your boots on…it was just what we used to do, it still makes me feel a type of way.

It wasn’t like at the age of 10 or 11 we could go and buy golf clubs and hit some balls around the area…football was what we knew.

So football was a big part of your childhood?

Yeah, massively! We started off just by messing around on the green on the estate – playing two touch and rush goalies – and that progressed to playing for my local team, my school team and that went until I was like 16 or 17.

I played for Garston Boys and then Kings Langley, both local sides in Watford, and I had trials at Charlton when I was younger – nearly had trials at Arsenal, but I didn’t end up going. I can’t remember why but they were good times in my life, for sure.

So talk to me about this partnership with EA Sports for FIFA 20. It makes a lot of sense now we know you’re a low key baller!

Come on, it’s a blessing! Street football – Volta Football in FIFA 20 – is all about real people playing football, with community at the heart of it and that’s a big part of who I am. We’ve linked with EA Sports and designed a pitch here in Shoreditch and we’ve called it The Lion’s Den – and we’re giving 250 hours of pitch time to the community for free.

It’s important to give something back and people can sign up on Powerleague to be one of the lucky teams to play here and it brings Volta Football to real life – this is where the skills happen!

We’ve always seen community work feature quite heavily in the partnerships you bring to life. Why is working with young people something that drives you so much?

I always want to help where I can. When you work with young people, you’re actually working to help adults too – adults guide the youth and sometimes it’s hard. When school kicks out at 3pm, where do young people go? They need something. Parents are working 8 ‘til 5 so it’s difficult and projects like this help the parents as much as the young people in my eyes – they need to go out and work and provide. I think working with young people gives others the platform to be the people they need to be, too. 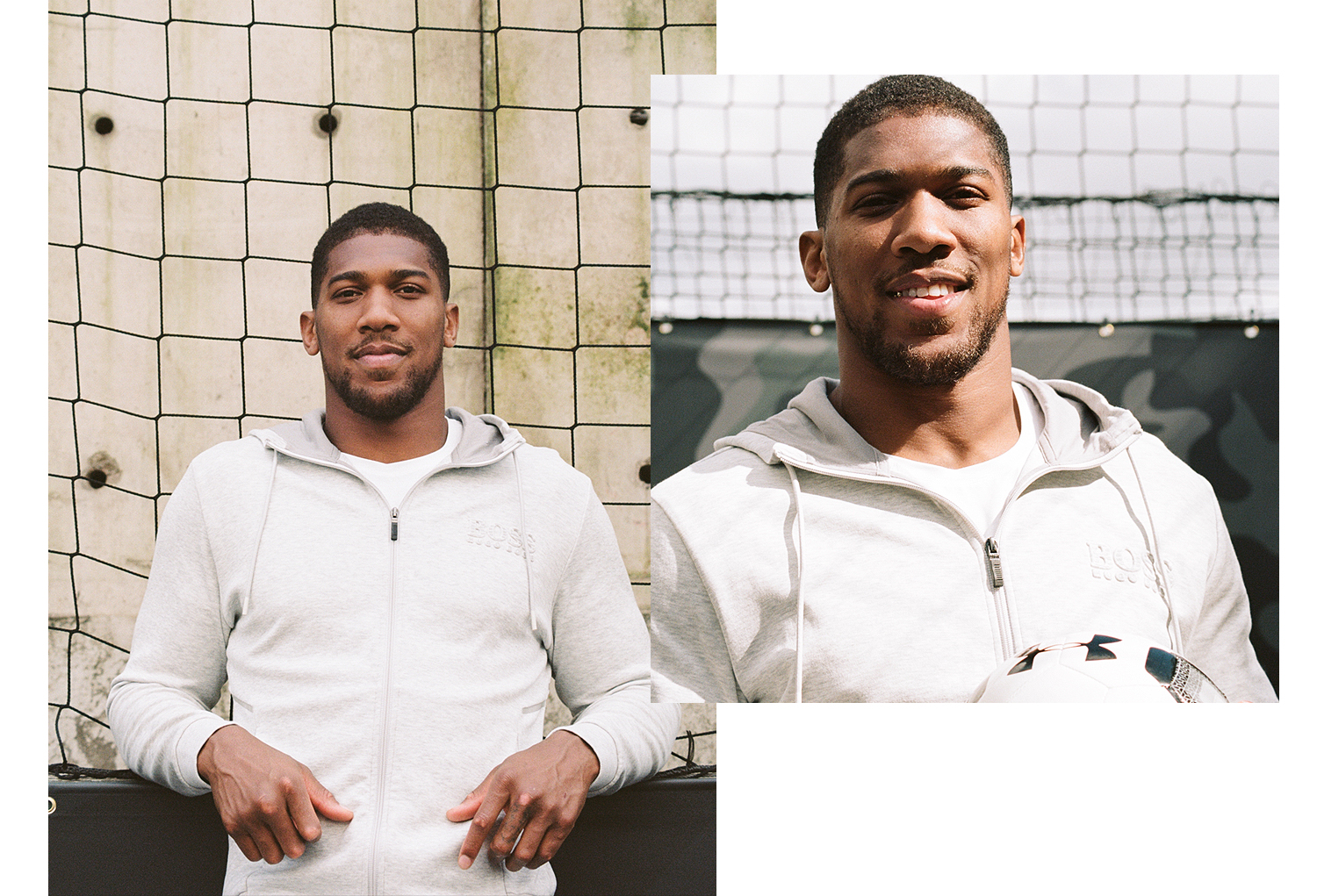 “I still play with the boys and we love it – they’ve got no chill when FIFA comes on!”

You’ve linked up with a lot of ballers over the years – Troy Deeney, Paul Pogba and Cristiano Ronaldo to name only a few. What are those link ups like?

I respect them as humans, not just as athletes, and I like what they stand for – for success. Especially Cristiano Ronaldo, I see sacrifice and dedication…talent is obviously there but to progress you have to work tirelessly in search of marginal gains and that’s what he’s done for 20 years or something mad. That’s what I find fascinating with all those guys, is the sacrifice they’ve made to be the best version of themselves they can be.

And that mentality isn’t unique to athletes, we definitely have it and I respect them for it, but it’s something we all have…we all have to get up for work whether you’re an athlete or an office worker or whatever it is that you do.

How passionate are you about FIFA?

It nearly ruined me once, staying up until 8am and playing the game non-stop! I wasn’t addicted but the boys would meet up at 11pm and we’d just play through the night and wouldn’t sleep…but I’d have to get up and go running in the morning. It didn’t stay like that for long and I had to change my mentality but that’s what I mean about sacrifices and how far you’re willing to go to be your best self…

Yeah I still play with the boys and we love it. Gaming is actually quite taxing, it’s so competitive! A lot of is about bravado and getting one up on your boys, the lads link up and it’s a real competition…they’ve got no chill when FIFA comes on.

If you could kick back and play a game of FIFA with anyone right now, who would it be?

Rick Ross – because he’s an absolute boss, still. I could learn some game and he’ll give me some knowledge, he’s an O.G. and you’ve got to rate that.

The FIFA 20 Soundtrack has a big UK flavour this year, with the likes of P Money, Skepta, NSG, Kamakaze and loads more all featuring. What are you vibing to right now?

I’m still banging J Hus – I’m waiting for that new drop from him because it’s been a minute. And I love Headie One…that tune ‘Both’ is so hard, I like him a lot.

You’ve earned a lot of respect for your ringwalk choices – from Stormzy to Nines to Wizkid. Have you had a favourite?

Yeah I’ve had crazy ones and it’s hard to pick. I’m going to go back to ‘Seven Nation Army’ next time out because it’s still a big crowd pleaser, it gets everyone going.

Anthony Joshua, in collaboration with EA SPORTS, is taking over a 5-a-side pitch at Powerleague Shoreditch. Following the introduction of VOLTA football in FIFA 20, AJ and EA SPORTS are gifting 250 hours of playing time to the local community, encouraging locals to bring the game back to the streets. AJ has worked with artist Jordan Dawson to design the pitch and taken inspiration from his own ‘Lions Den’ to motivate players and inspire flair football.