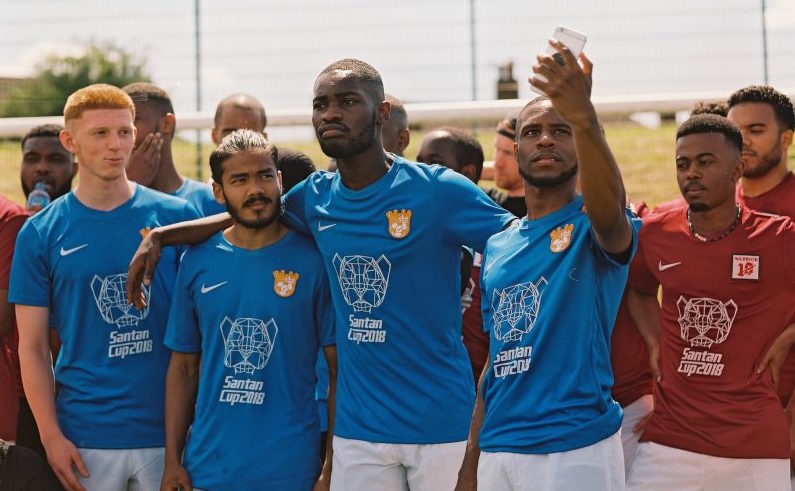 It looks like Dave is about to launch his own football team, ‘Santan FC’.

The rapper is one of the most vocal football fans online with his killer tweets about Manchester United sparking a wave of calls for the MC to become the club’s Director of Football. While he’s not about to take a seat on the board at Old Trafford anytime soon, he’s going to be running a football club sooner than any of us really thought.

In a series of Instagram Story posts made last weekend, Dave announced he was putting on trials to find ballers for a new ‘Santan FC’ squad for the coming season. 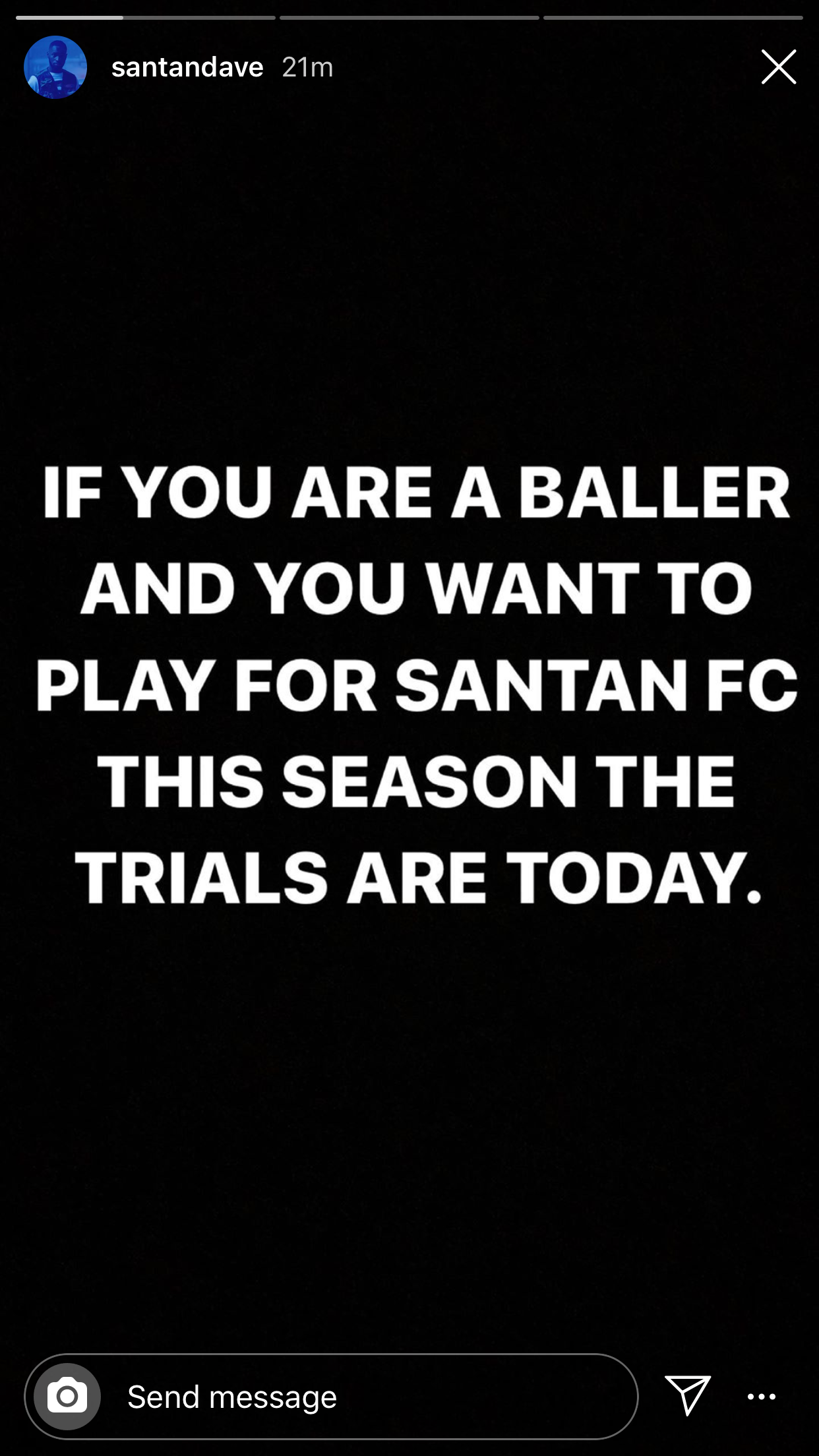 While Dave and his mates have previously put together a ‘Team Santan’ for games against YouTube teams including Baiteze Squad and SE Dons, this call-to-action sounds a bit more organised and could be a long-term commitment.

For the past three years, Dave has celebrated his birthday by hosting the Santan Cup – a one-day tournament that brings together a host of pro ballers, MCs and Dave’s friends and family. Among those to have featured in previous tournaments are Stormzy, AJ Tracey, Avelino, Rhian Brewster, Joe Aribo, Nile Ranger and Krept & Konan.

Santan FC is here to take over. Keep it locked for more updates on the team as we have it.