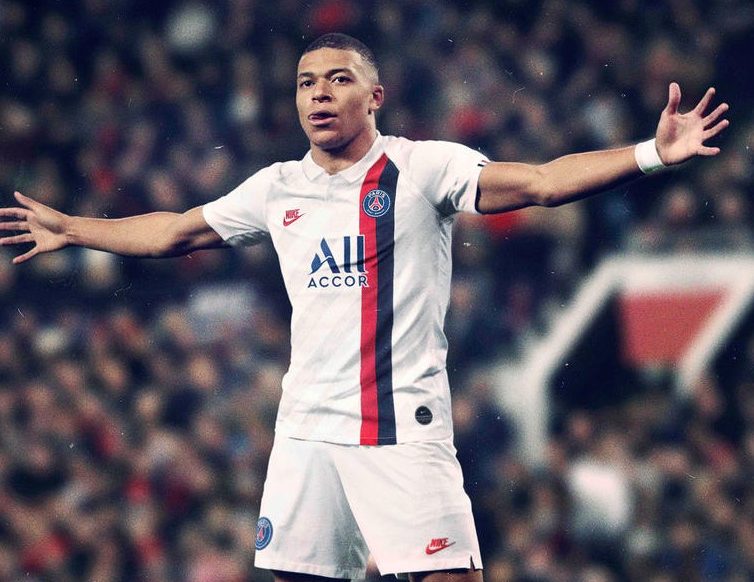 Nike have dropped off PSG’s cold, retro-inspired third kit for the 2019/20 season, and released a wavey pre-match jersey alongside it.

Drawing influence from the club’s 1989/90 shirt, the new third kit features a clean white base with a vertical red and blue stripe running down along the front. Using the same Nike Futura insignia on the right chest remains the same from that season, the shirt also features an updated club badge on the left.

Just like all of Nike’s third shirts this season, a 90s-inspired jacquard pattern runs features on the jersey, with PSG’s featuring a diagonal striped pattern with the word “Paris” running throughout. The kit is completed with a button-down collar to round off one of the coldest shirts you’ll see this season. Check out the PSG 2019/20 third shirt below. 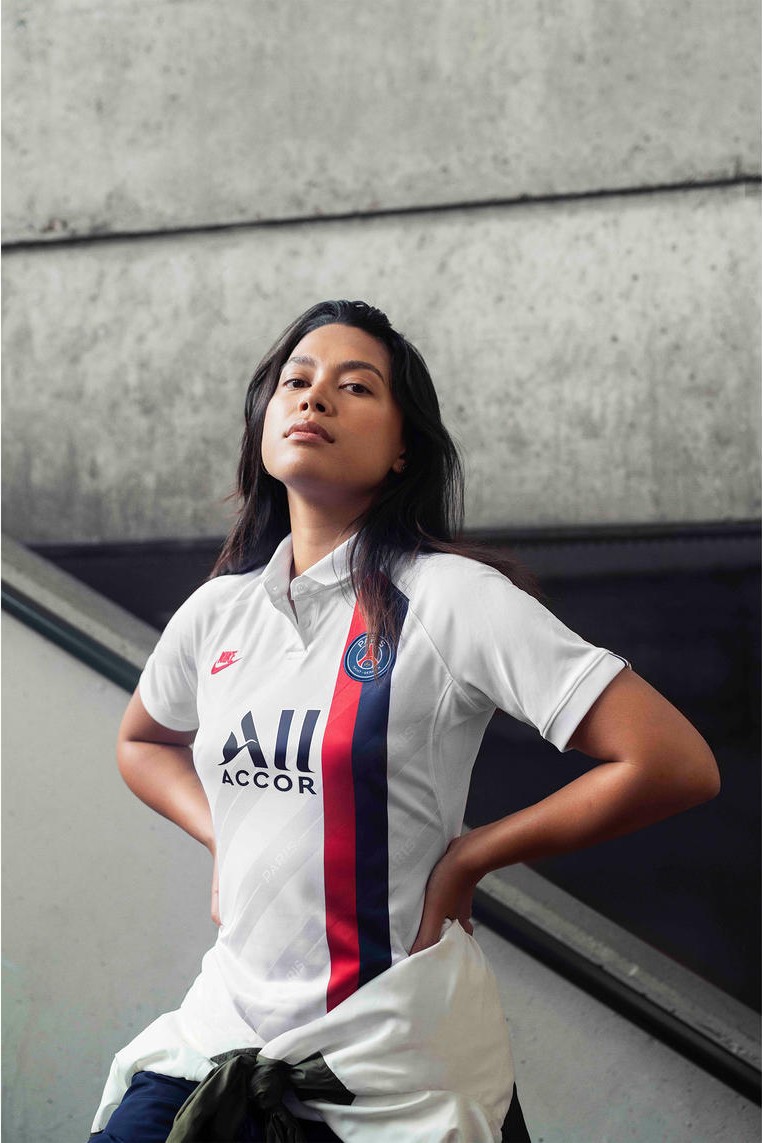 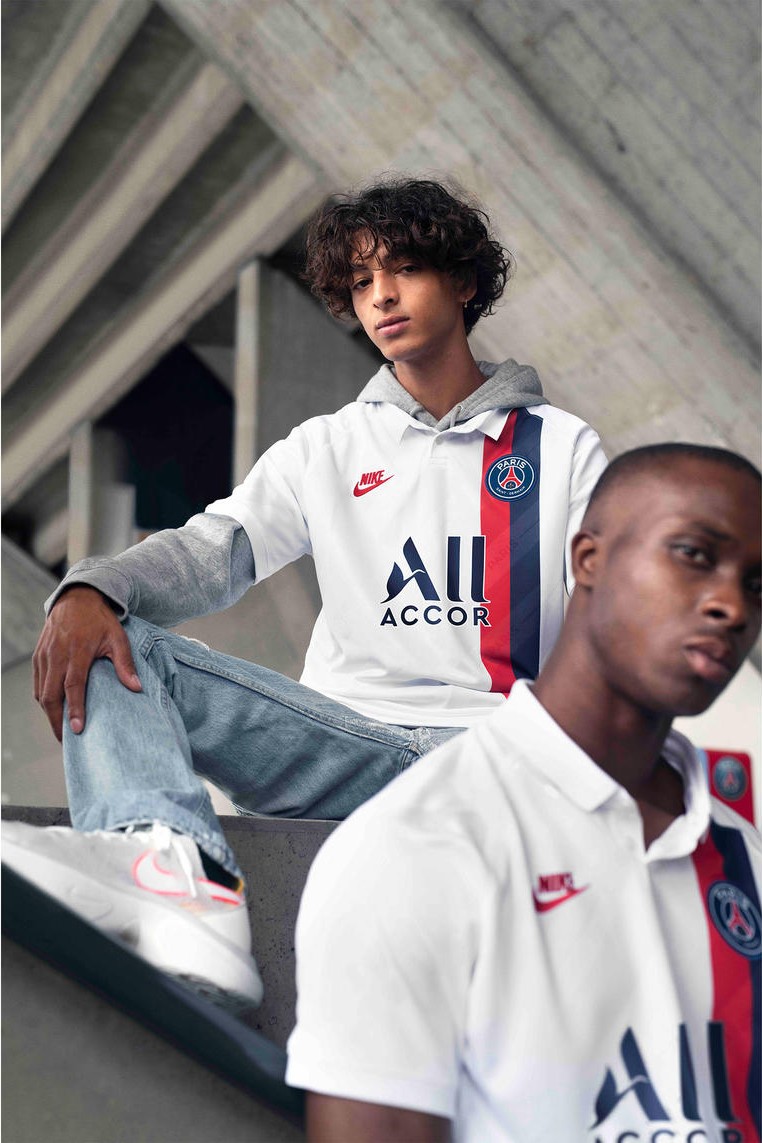 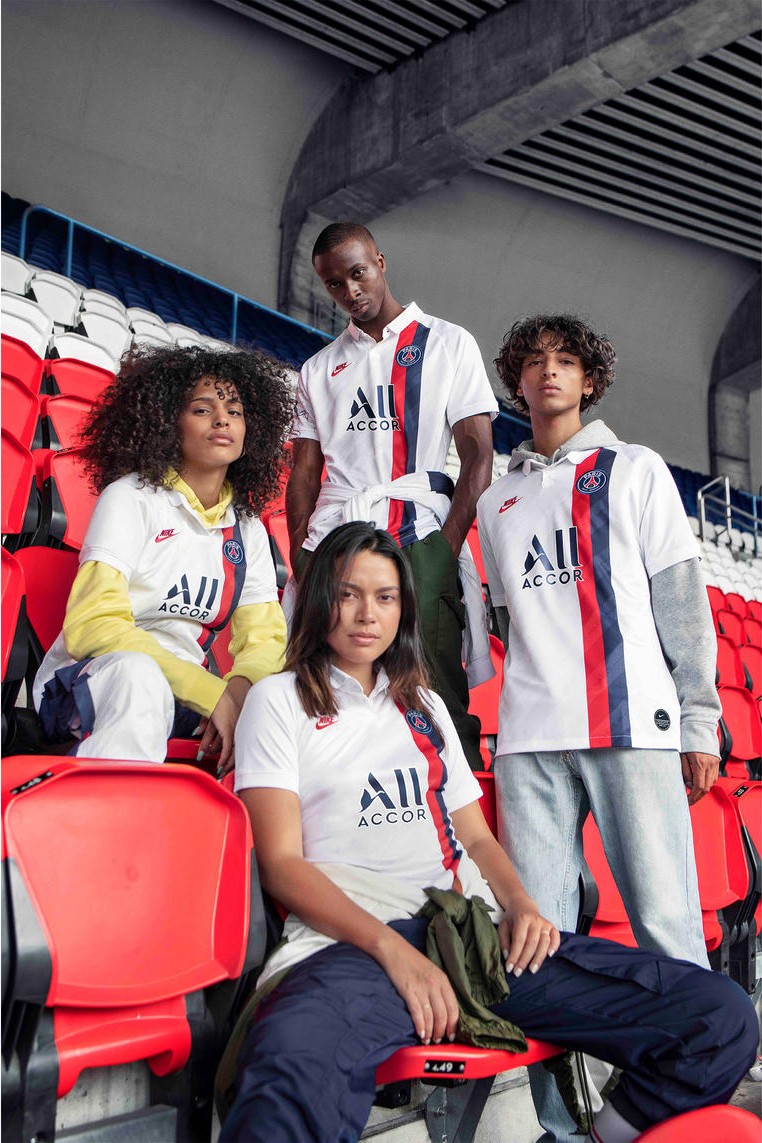 PSG also unveiled a wavey pre match jersey that they donned before beating Strasbourg 1-0 in Ligue 1 this weekend, courtesy of a crazy Neymar bicycle kick.

Mauro Icardi was pictured warming up in the new shirt, which arrives in a blue void/hyper royal colourway with a sick striped graphic on the front. Check it out below.

You can cop both Paris Saint-Germain’s 2019/20 third kit and warm up jersey now from nike.com. In other football shirt news, Nike recently dropped off Atletico Madrid’s icy 2019/20 third kit.