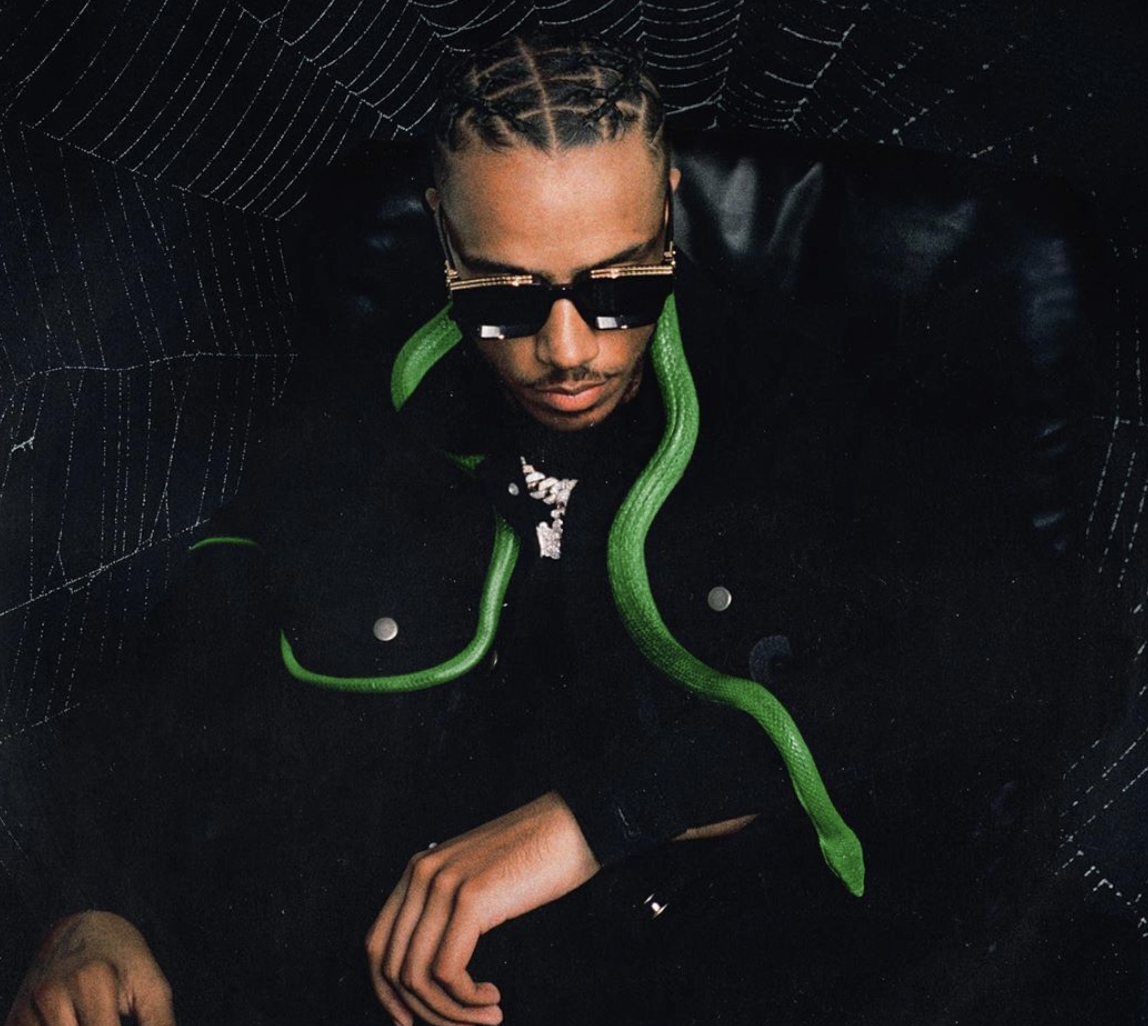 AJ Tracey is readying the release of a “Deluxe” version of his eponymous debut album, which is set to drop at the end of the month.

GTRACEO took to his socials to tease the release of an updated version of his inaugural LP. The Ciesay-shot artwork sees AJ pay homage to YSL members Young Thug and Gunna by holding a snake with a spider web backdrop. ‘AJ Tracey’ remains the highest-charting independent release of 2019 and features song-of-the-summer “Ladbroke Grove”.

With the album charting at No.3 in the charts first week, the West London rapper now returns with an extended version of the project, which will feature “a couple little surprises”.

for everything you guys have done for me. from me to you.

The “surprises” could mean AJ Tracey finally releases he and Dave’s long-awaited follow up “Thiago Silva” which the UK rap titans have teased over the course of the summer. AJ will drop the deluxe version of his album on October 25th before heading to Ally Pally to perform his now-sold out ‘Live and Direct’ show in November.

In other music news, Faze Miyake has dropped off a new heater, “Classic”.