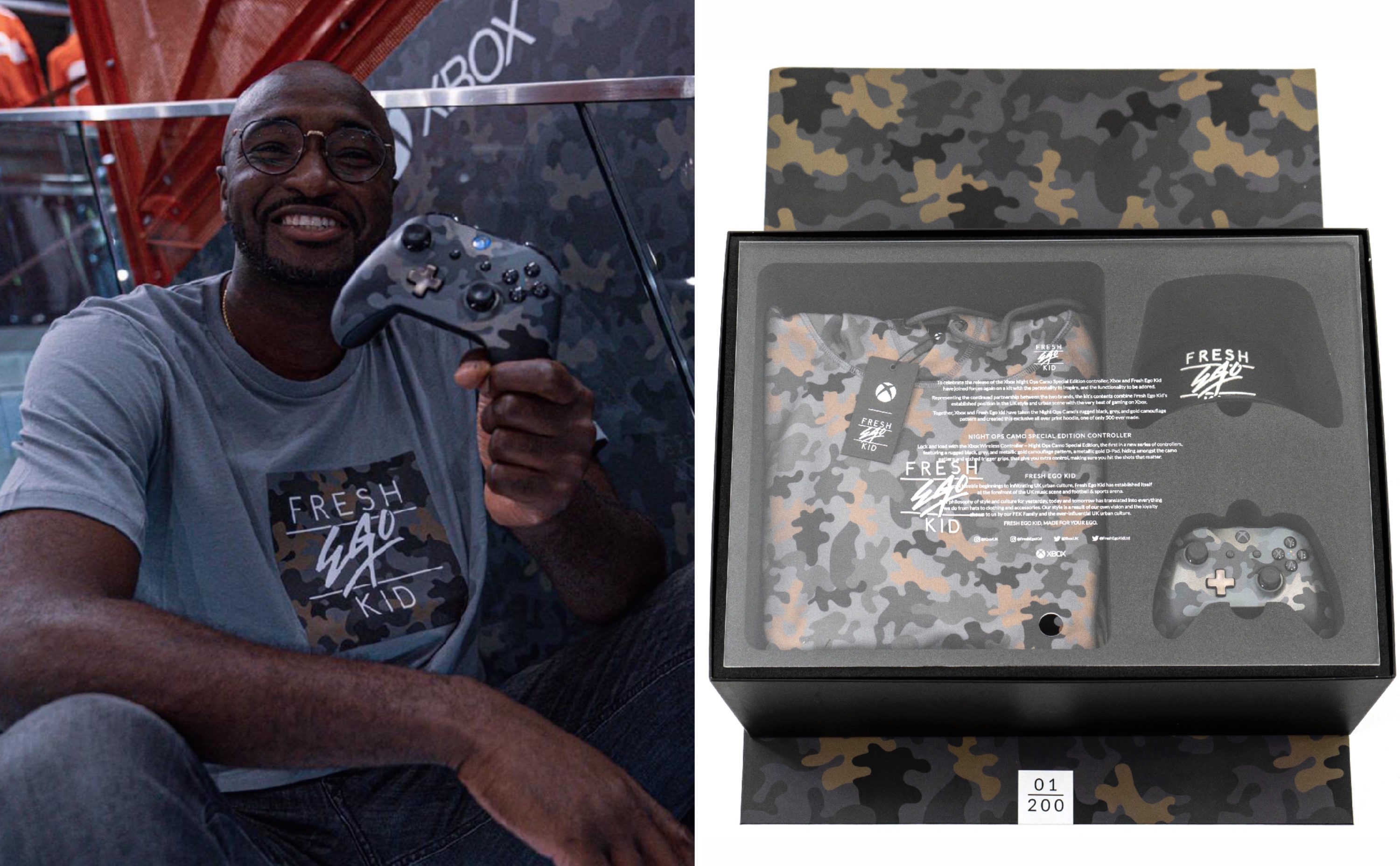 Fresh Ego Kid and Xbox have joined forces for a special release that’s inspired by the drop of the new ‘Night Ops Camo Controller’ for Xbox One.

Using the new controller’s camo print as a point of inspiration, street style kings Fresh Ego Kid drop a new all-over print hoodie in a rugged black, grey, and gold colourway in collaboration with Xbox. The hoodie drops in a 1-of-200 gift box that also includes a FEK mesh trucker hat and the Xbox Night Ops Camo Controller.

“It’s a great moment in my journey from an ex-professional footballer to building a clothing brand – streetwear is a hard industry and a collaboration like this with a tech powerhouse like Xbox just shows if you believe in yourself anything is possible!”

Since establishing the brand in 2011, ex-pro baller Marvin Morgan has turned Fresh Ego Kid into one of the most influential streetwear brands in the UK, becoming a favourite for the likes of James Maddison, Callum Hudson-Odoi, Romelu Lukaku and loads more.

Get a closer look at the Fresh Ego Kid x Xbox Night Ops Camo pack in the photos below. To get your hands on one, enter this giveaway courtesy of Fresh Ego Kid. 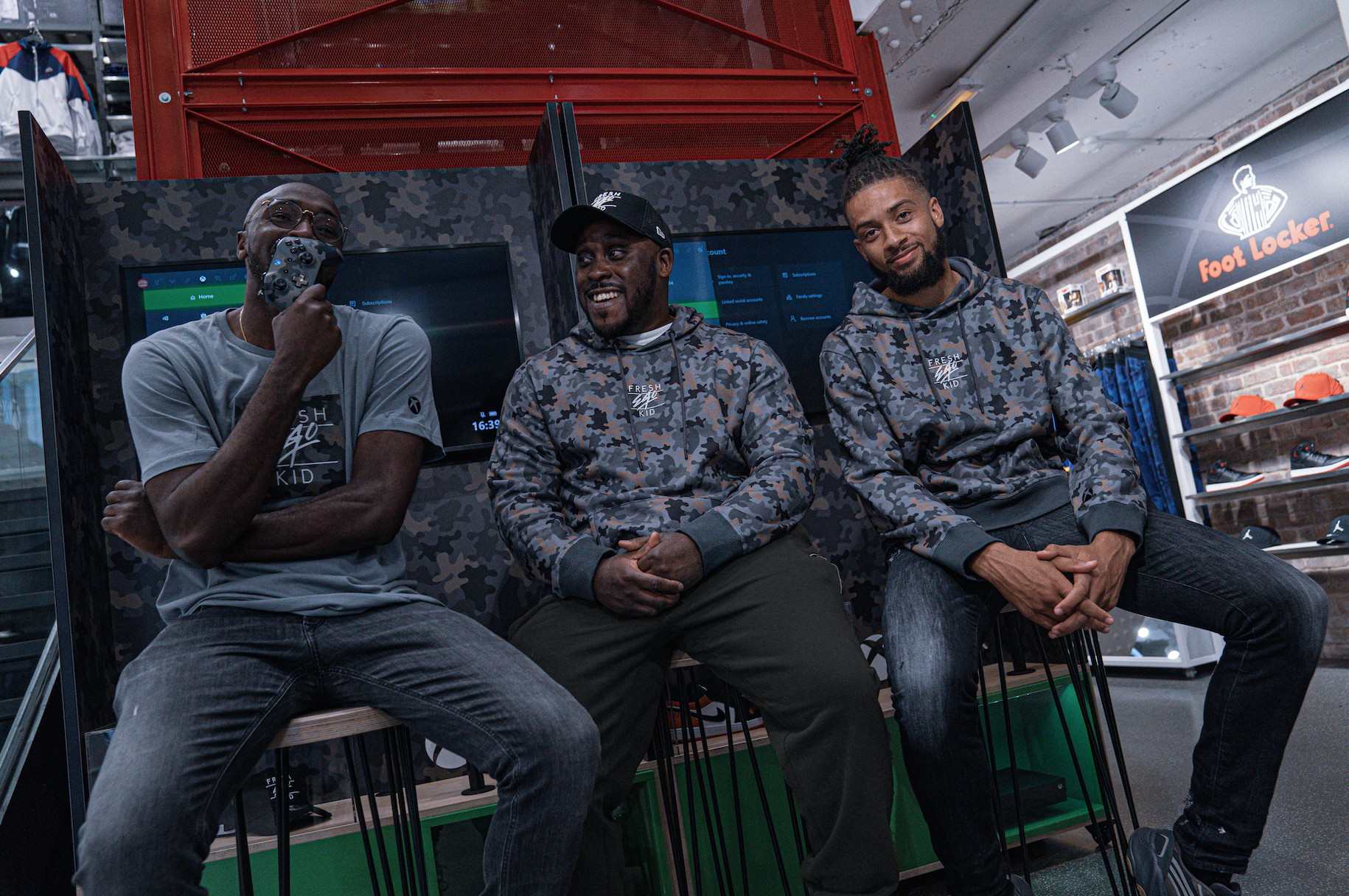 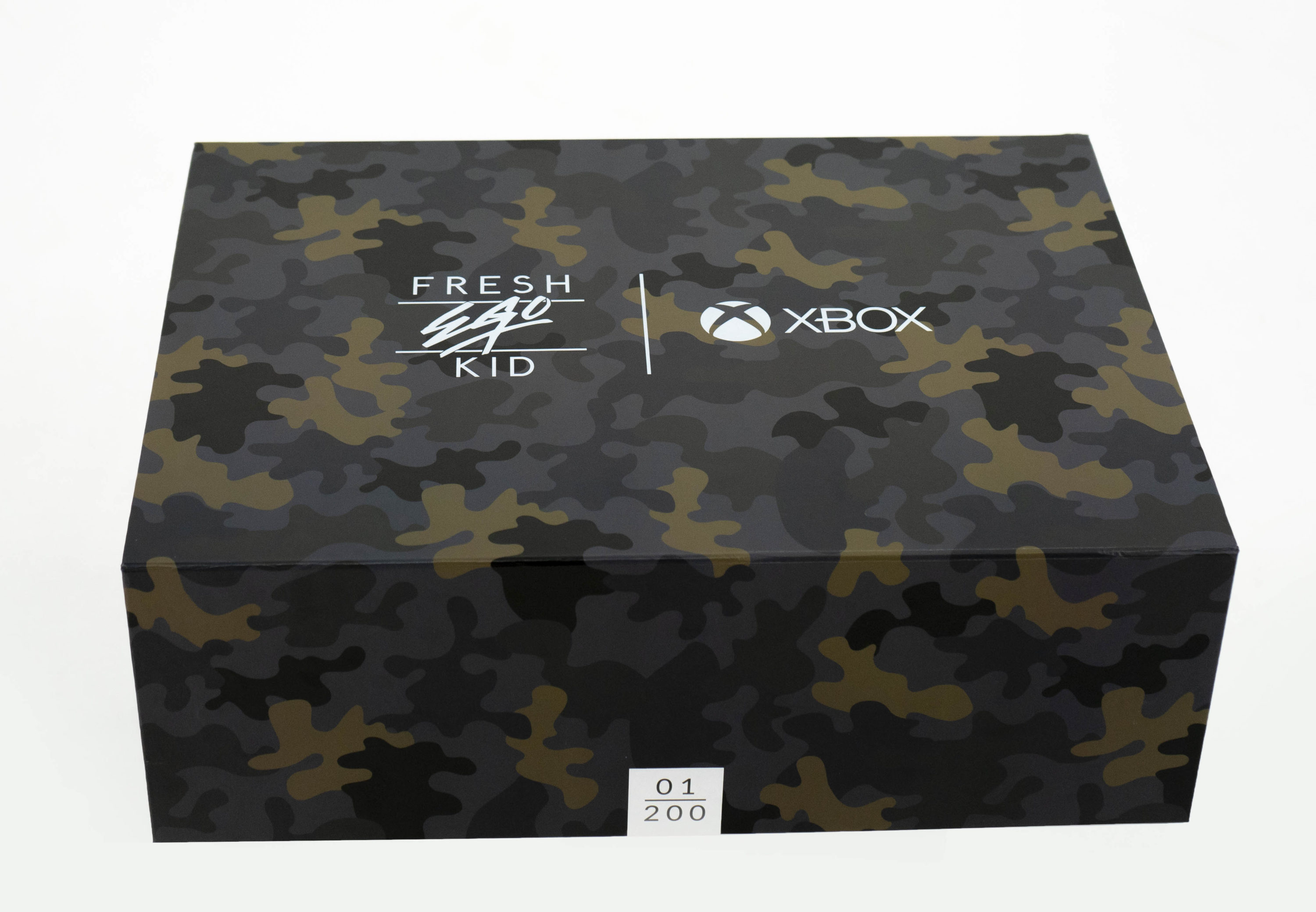 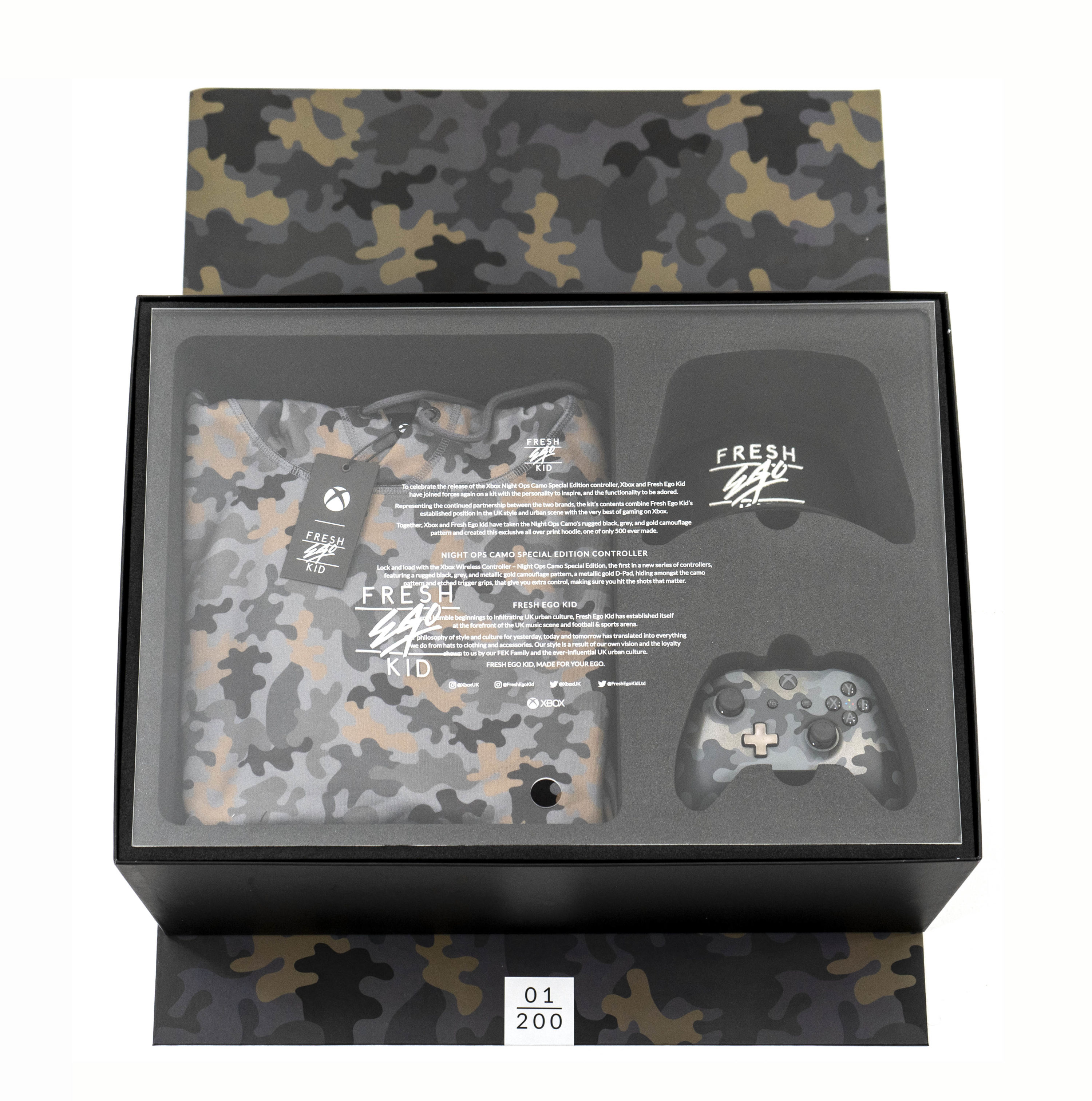 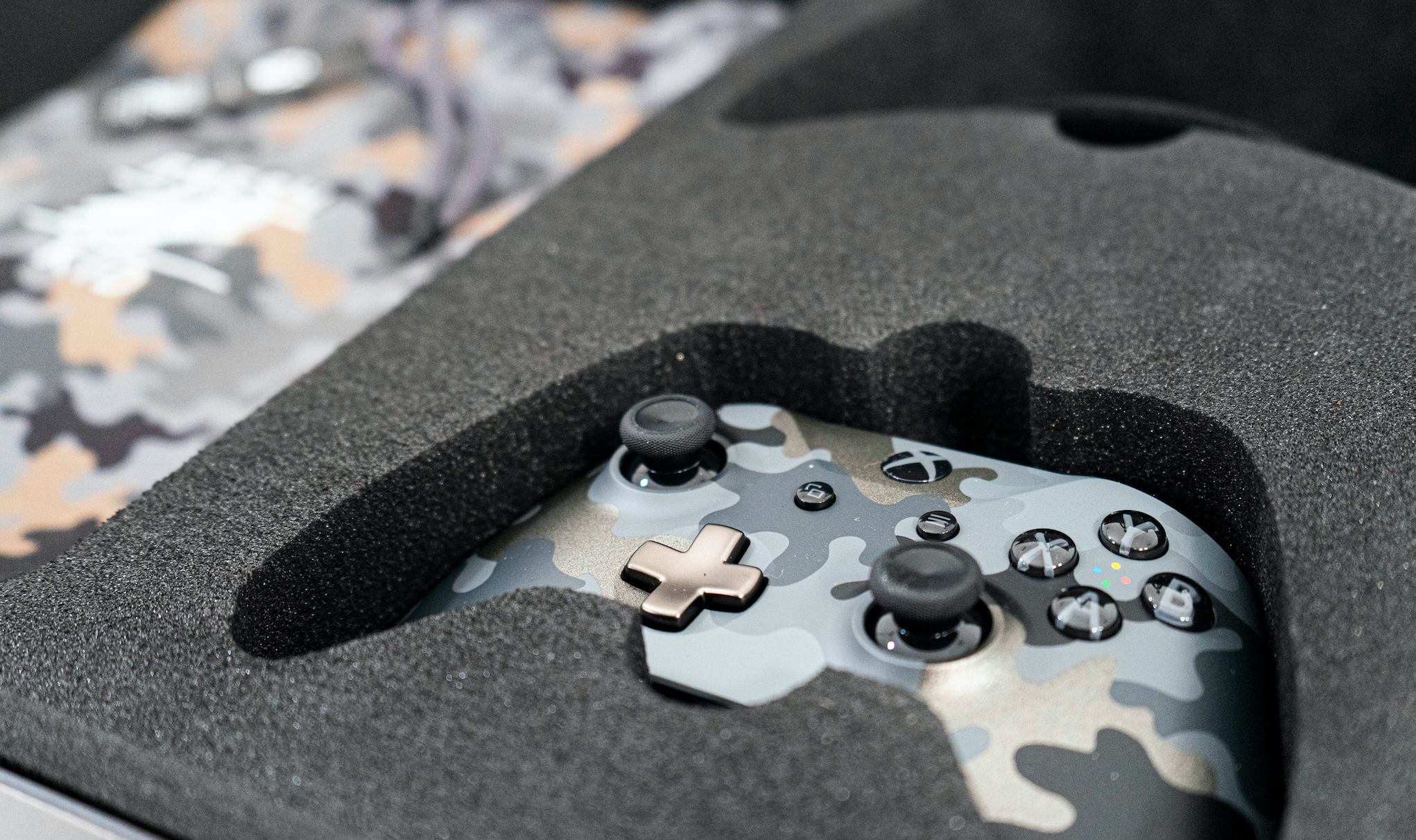 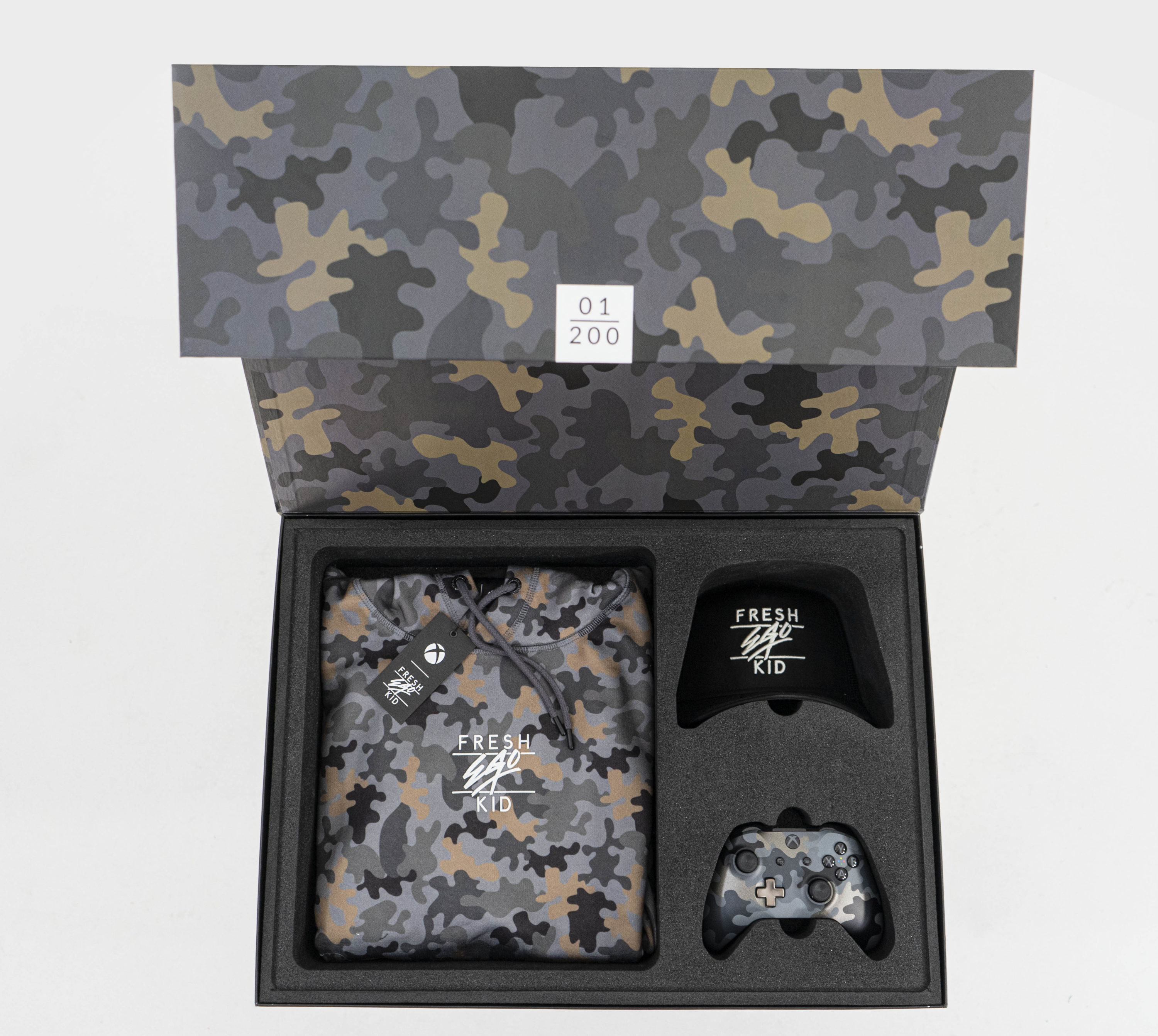 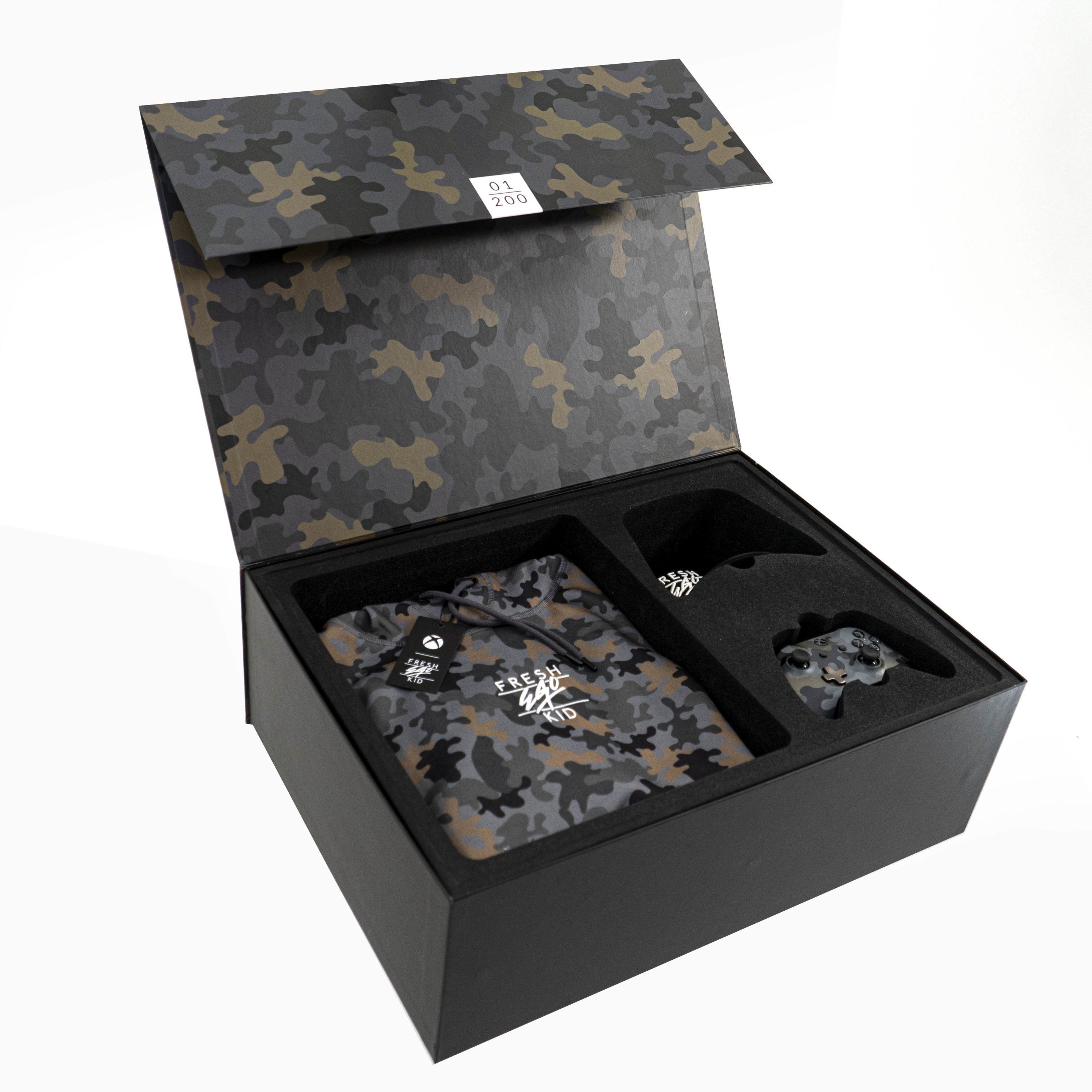