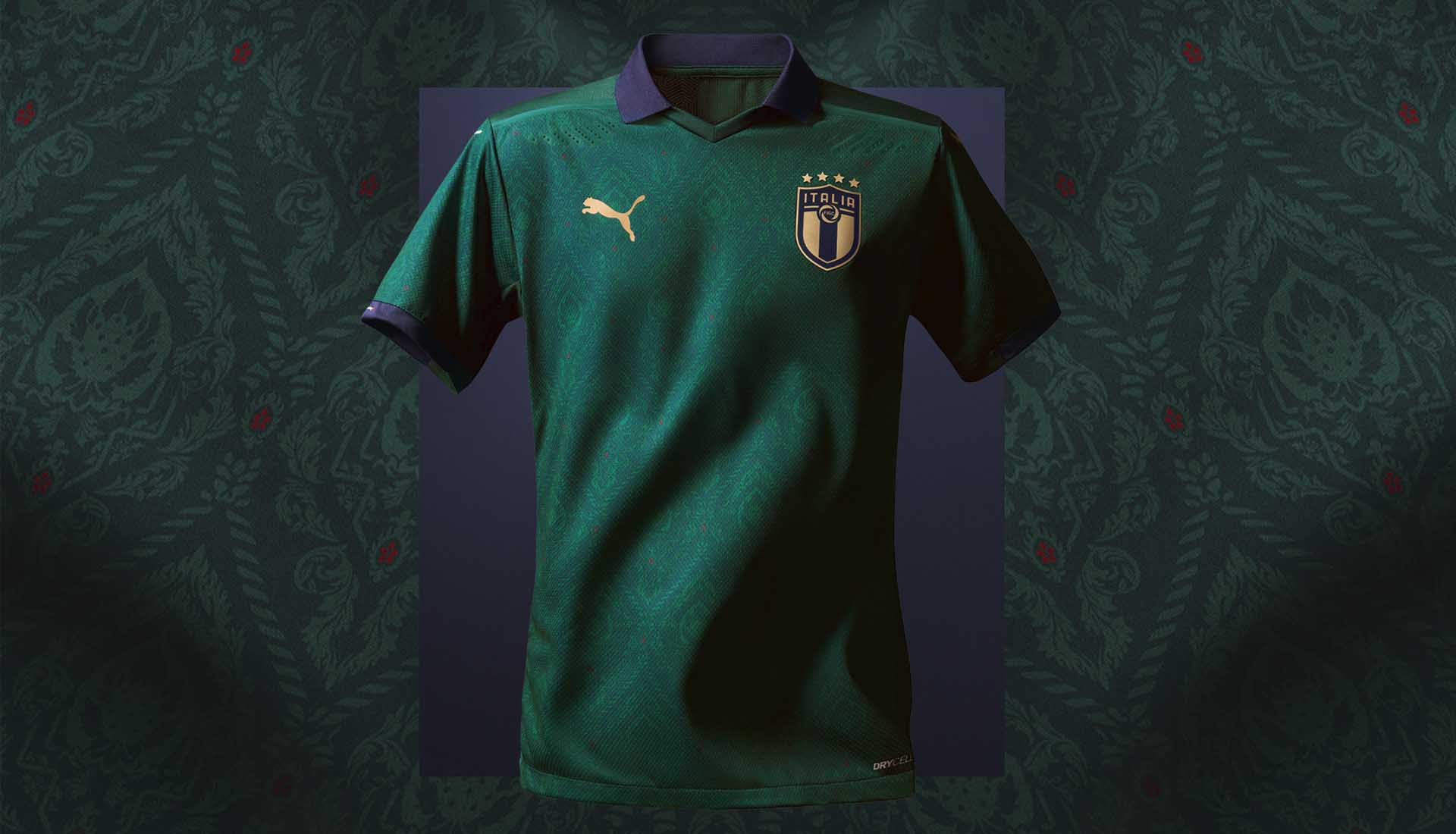 PUMA are celebrating a new wave of Azzuri talent by launching the Italy Renaissance Kit.

The shirt sees PUMA delve into their archive to take inspiration from the country’s Renaissance period to celebrate the fresh generation of talent rising to prominence in Italy on and off the pitch.

With the Azzuri’s current squad consisting of 12 players aged 25 or under, Italian football’s future is looking bright. The kit salutes the nation’s expressive new generation of ballers with an all-over Renaissance-inspired graphic, with the kit’s green colour dates back to the ‘Maglia Verde’ (green jersey) worn during the Italy’s 2-0 win against Argentina in December 1954 at Rome’s Stadio Olimpico.

A win in their next EURO Qualifier game – where they’ll wear this kit for the first time – will see Italy cement their place at next summer’s tournament, where a host of young players will be looking to secure greatness for their country once again. Check out the new jersey below. 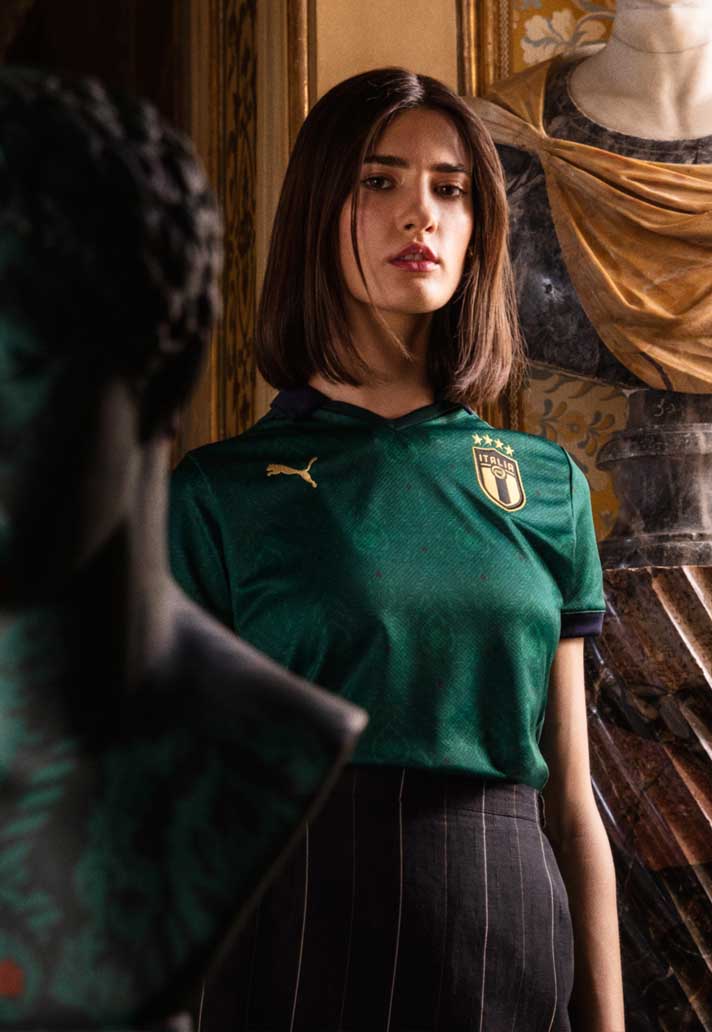 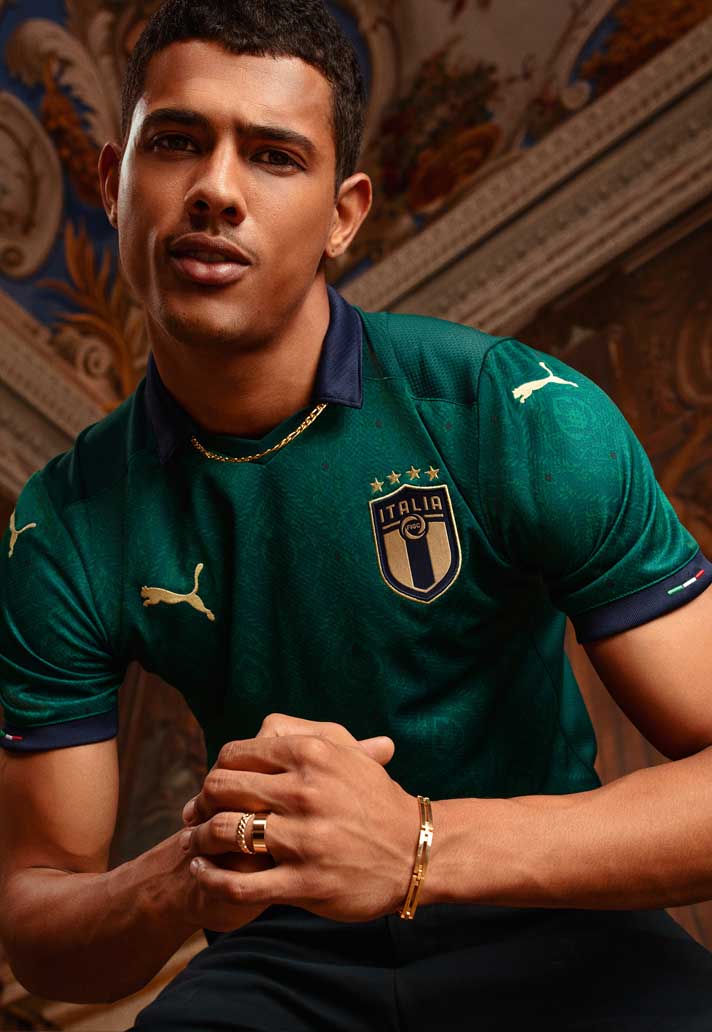 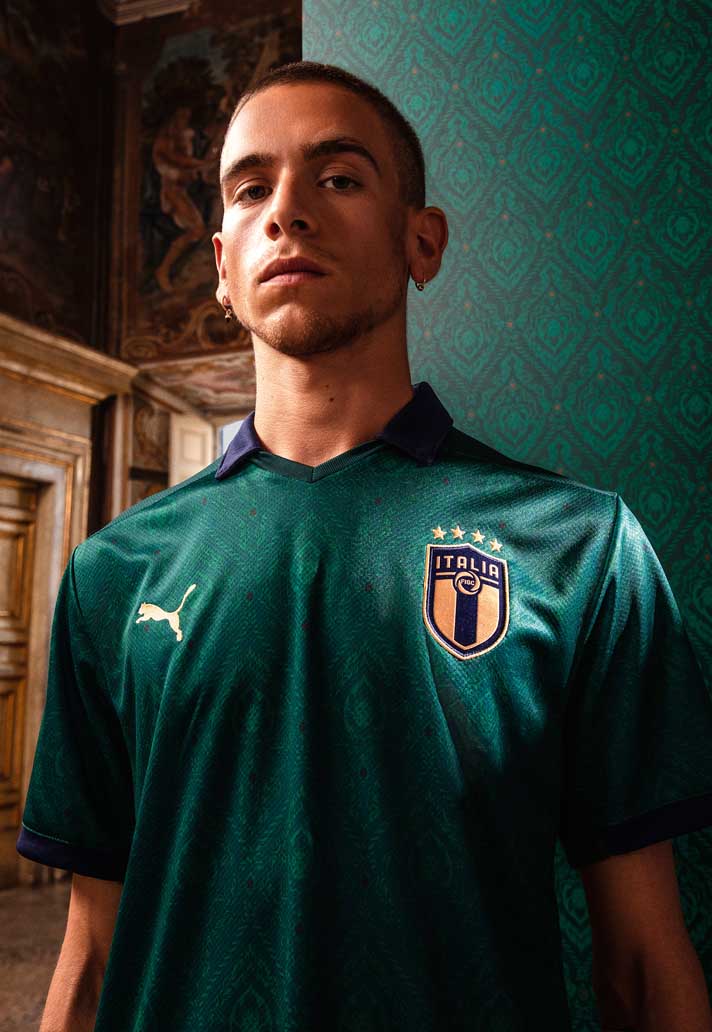 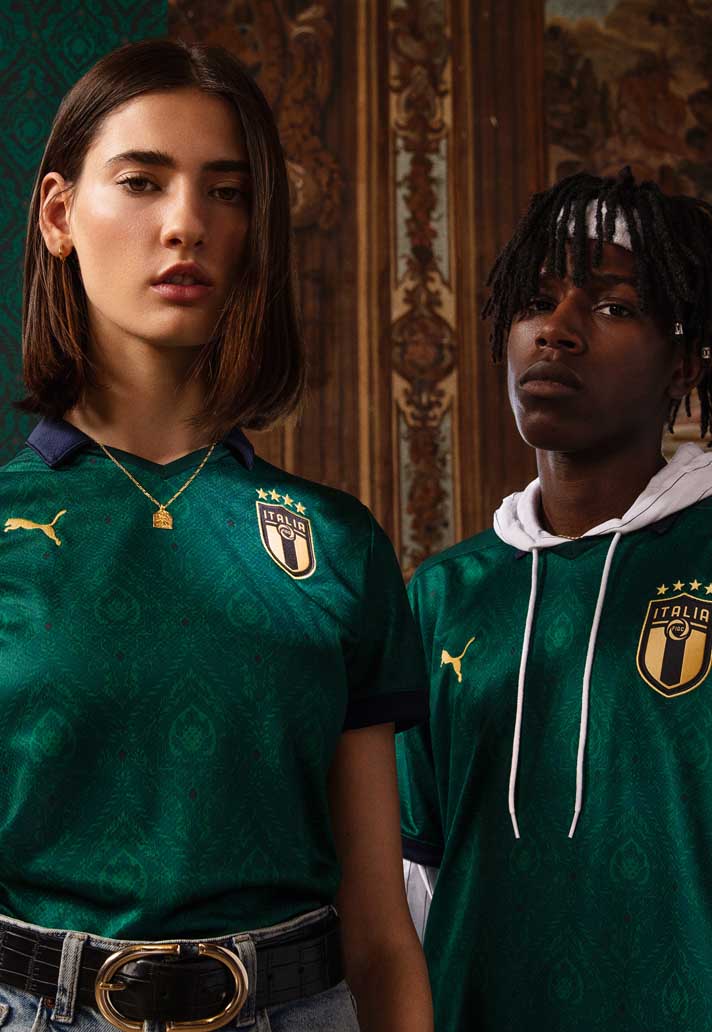 The new kit will debut in Italy’s qualifying fixture against Greece at Stadio Olimpico (12 October), where a win will secure progress to next summer’s EURO 2020 tournament. You can cop the kit now from the PUMA Italia webstore.

In other football shirt news, Martin Ødegaard has confirmed his comeback by winning La Liga’s player of the month for September.