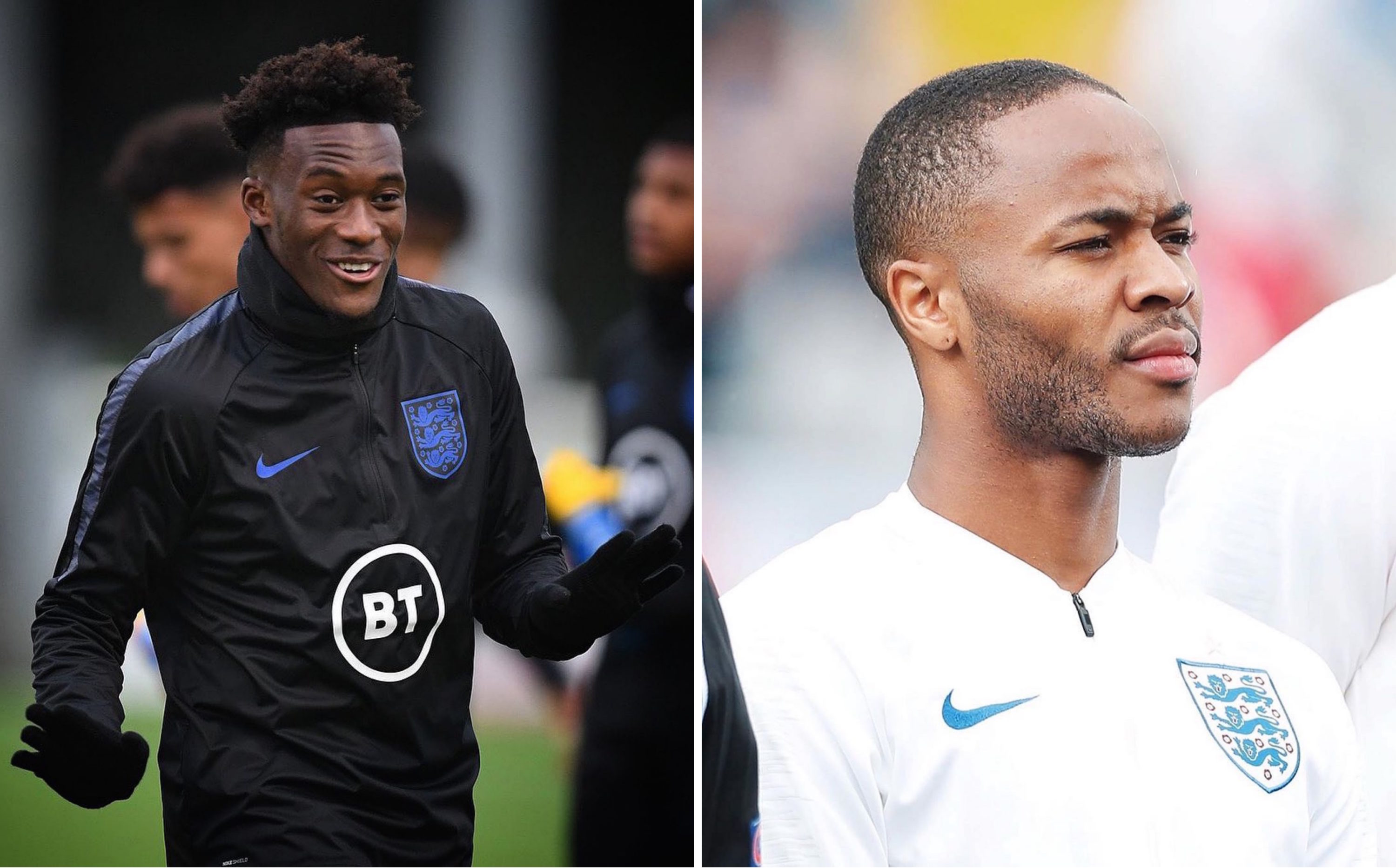 Callum Hudson-Odoi has said he looks up to Manchester City winger Raheem Sterling as his “idol” and labelled him “a big leader in the team” who is helping develop his own game.

Sterling will not feature in tomorrow’s Euro 2020 qualifier against Montenegro after an incident with Joe Gomez, and Hudson-Odoi is reportedly in line to play in Sterling’s absence.

Despite the incident, Sterling remains an influential and popular role model within the England camp – and his “leader” status has been cemented in the way he offers up advice to the younger players who have recently began featuring in the senior set up.

Hudson-Odoi is reported to have asked Sterling advice on WhatsApp, where along with technical and tactical questions, the 19-year-old has queried: ‘How do you make an impact in big games?’

Speaking about his relationship with the Man City and England talisman, Hudson-Odoi said: “Raheem is an idol to me. The position he plays, and what he’s doing for club and country, is amazing and something which I will try to replicate myself. It is an amazing feeling to have someone like him doing what he’s doing and being around you every time. I want to keep learning off what he does.”

“For the team, we all back each other no matter what it is. He’s a big leader in the team because he’s a top player, he’s in club and country playing every game, working really hard, scoring a lot of goals, so [for] someone like that to have a say on racism is a big feeling for all of us. He is sticking up for everyone who is involved in the game. It is a great feeling to know he’s going to do that.”