Playing in a Merseyside Derby at Anfield is a dream for any Liverpool fan, and this weekend, Amy Rodgers and Jemma Purfield made it a reality in another historic moment for women’s football.

Liverpool took on Everton in the women’s Merseyside derby on Sunday, and though the result didn’t go their way, the landmark fixture saw every available ticket sold, with more than 23,000 fans watching Liverpool women play at Anfield for the first time ever.

The event was part of the biggest day of Women’s Super League action in the competition’s history, which saw a combined attendance of more than 74,000 at six venues across the country.

Participation figures in the women’s game have risen to 2.3 million this year, and Rodgers and Purfield are two of Liverpool and England’s brightest young ballers inspiring a new generation of fans getting into the women’s game at a level we’ve never seen before.

We caught up with Amy and Jemma at Liverpool’s legendary home to talk through their journey through football, the changing shape of the women’s game, and their emotions from their first-ever game at Anfield. 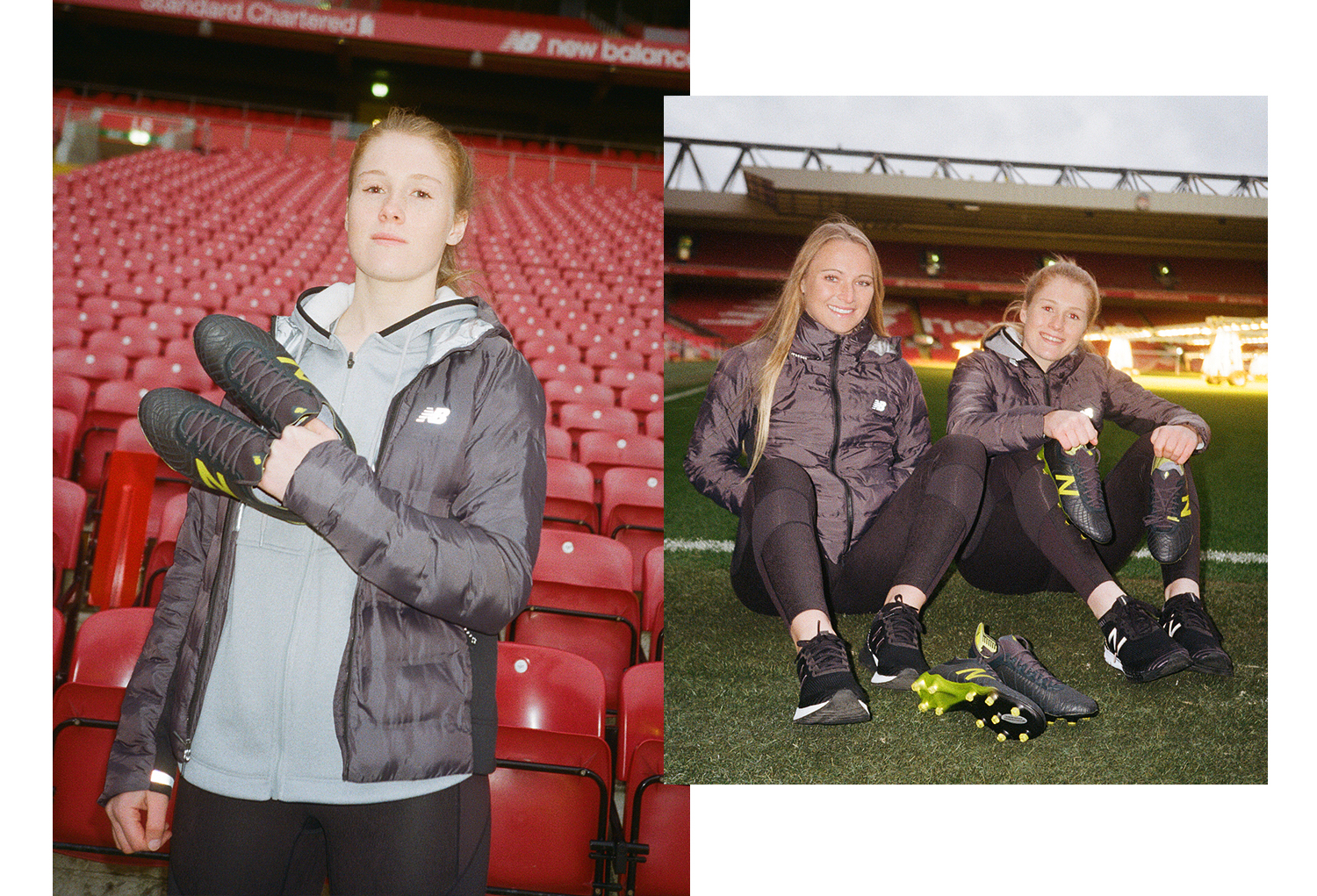 VERSUS: Taking it back to your roots into the game, how did you first get into playing football, and what were you earliest memories growing up playing?

Jemma Purfield: My dad always used to coach and my brother always used to play, so as a kid I would always just follow them around, kicking a ball about in the garden. I even changed what foot I was because my brother was left footed! I practiced on my left foot until I became left footed like him, so credit to him for that.

My earliest memory would’ve been smacking one in the top corner aged seven. From that point on after you score a goal like that – thinking it’s the best goal in the world – there’s no looking back!

Amy Rodgers: It’s very similar for me, really. Everything my brother was doing, I wanted to do as well. So when they were out kicking a ball about, I would just join in. When he joined a team a couple of years later, I did too, and then I eventually got into a ‘Centre of Excellence’ and developed further.

Who were your main inspirations growing up to get into the game? Obviously family was very important for you, but was there anyone as a professional that you wanted to emulate?

JP: Yeah family was massive, as you say, but from a professional footballer point of view probably David Beckham growing up. I just liked his outlook – on and off the pitch – and his approach to everything. In terms of the women’s game, Kelly Smith was a fantastic player – one of the best players of all time – how she handled herself on the pitch and off made her a real role model to me.

AR: For me it was probably Farah Williams, she coached me when I was younger at Everton. She had a lot of setbacks and went through a lot of adversity, so just for her to go through all of that and still be the player she is today is inspiring to me. 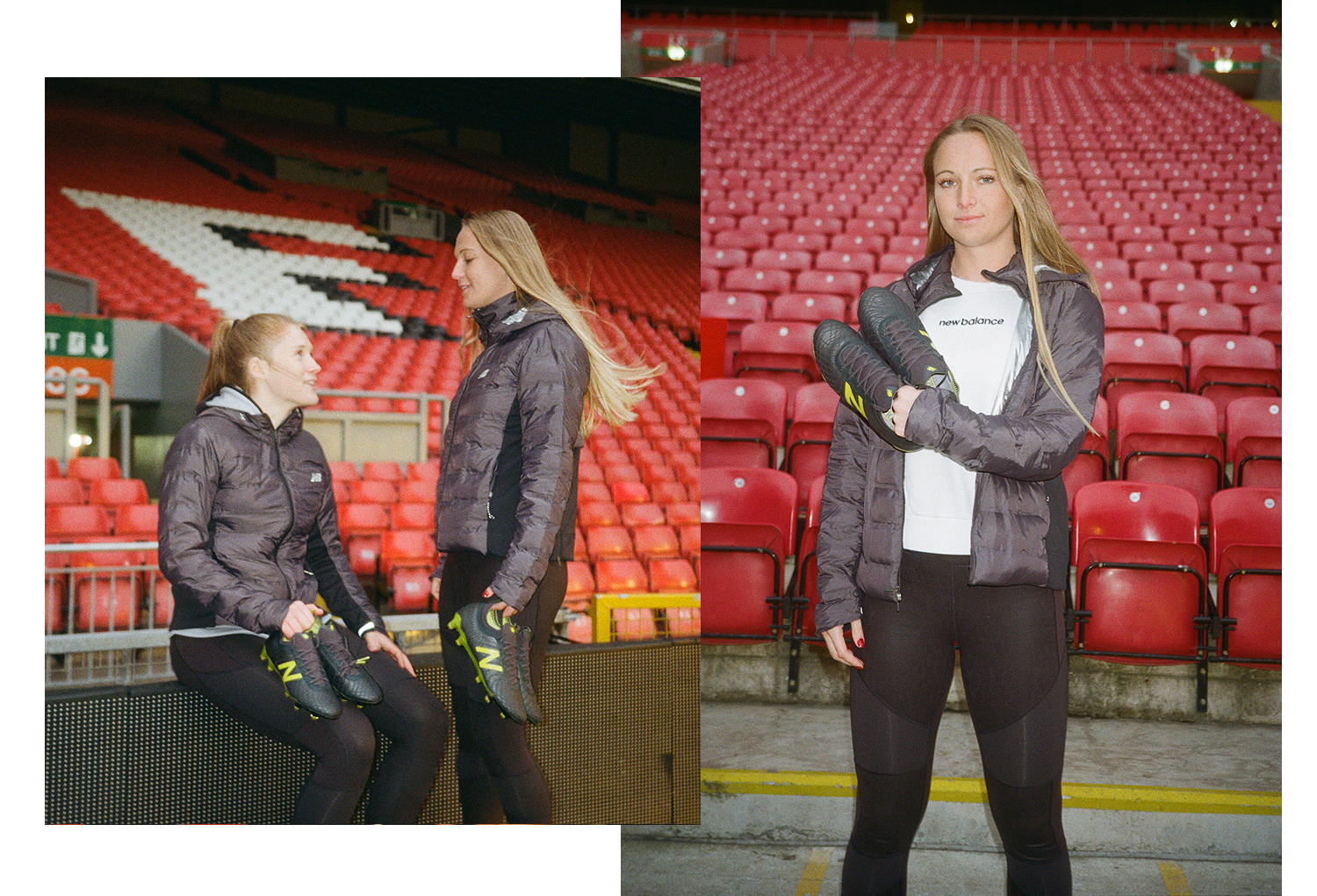 JP: I’m a very attacking full back. I want to run at player, put balls in the box and create goalscoring opportunities. I need to work on my one on one defending and making sure that I don’t get beat, and be hard to beat in those situations.

AR: A strength of mine is my composure – even from when I was a young player, I’ve always been able to keep a clear head when on the pitch. I want to make more of an impact in possession and create more goals.

Jemma, for you in particular, it must be pretty inspiring to see two world class full backs in Andy Robertson and Trent Alexander Arnold here week in, week out?

JP: They’re both incredible players. I just love the confidence they play with, and their game is definitely something I admire and want to take on board with my own game. No matter when stuff’s going wrong, I always want to get balls into the box and grab assists, so watching those two play is good for my own game.

Amy, you followed the men’s team to Madrid for the final last year. How inspiring was that for you to be out there?

AR: Just seeing all the fans out there provide a real sense of community was amazing. Everyone was so supportive of one another in that environment. I actually went out there wearing my women’s shirt and had fans asking, “Where did you get that from?”, but I didn’t let them know I play for the Women’s team!

AR: It’s been a bit tough, actually, as I’ve had a bit of an injury problem to deal with and get back into my stride again after. It’s been affecting my movement a fair bit, so I’ve just been trying to get back to my best again and pushing on again.

You travelled with the men’s team for the pre-season tour earlier this year. Is that improving your belief that the club are trying to get the women’s team back to the top?

JP: Yeah it’s different! We were travelling on a private jet with the men’s team, and there was a moment when Virgil van Dijk pops his head around the corner and says we’ve nicked his seat! It was definitely a bit surreal, and a good experience to bridge the gap and show we’re of an equal standing to the men’s team. It was massive for us, and it brought about a different feel to pre-season to what we’ve ever had before.

You’ve both been in the youth set ups at England for a fair while now. Give us an insight into the youth teams at England – do you feel as connected as the Men’s team do to the seniors and your ability to progress up the ranks there?

JP: We definitely feel like we can do that. We’ve played with a lot of players who have done that already, so seeing that gives you the confidence that you can do the same. There’s a lot of continuity up the ranks, we’ve been using the same formations throughout each age group and the principles, objectives and outcomes are all the same in each level. I think that’s positive, and helps bridge the gap up to the seniors.

AR: There’s such a clear message across each age group. You know exactly what Phil Neville is looking for in a senior Lioness. We’re told of the qualities we require at every stage, and everyone is getting that message. We know if we don’t have those qualities, then we won’t get there – so it’s motivational for us knowing what’s required.

Is your dream one day making the step up to the senior set up for England?

JP: Yeah, I think for both me and Amy, that’s the dream. We’ve been involved rom U15s all the way through to the U23, it’d be a shame to get to every age group and not the seniors!

JP: Yeah 100%. It’s only going to go up and up, and the investment has been brilliant for major companies. For us, it’s just bridging the gap, equalling opportunities and having chances like today – to play at Anfield – is massive for the Women’s game. Steps are heading in the right direction, but we’ve still got a long way to go – but it’s important to be thankful of the resources we’re being given at the moment. 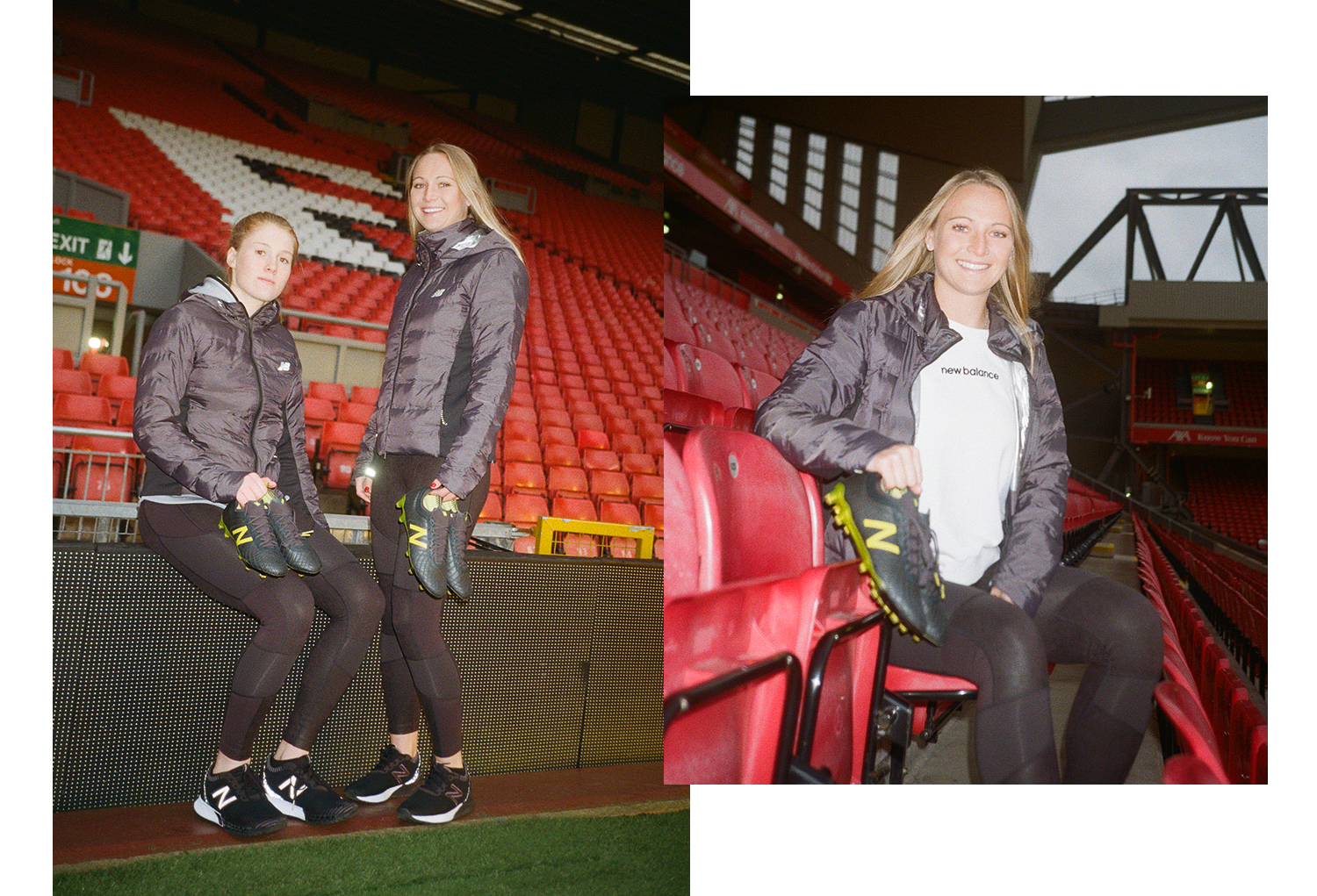 Australia women also achieved a landmark deal to receive equal pay to the men’s team, do you think that should happen for England women?

AR: I think it’s building to that. It’s not something that is gonna happen overnight. It’s proving that we’re good footballers, that we’re talented, and that we deserve it, too.

JP: I think we’ve only been full time for a couple of years now, so it’s going to take time for it to happen. But I think eventually we’ll start to see a shift in what’s going on, as well as attitudes.

The Women’s World Cup 2019 changed the game for the sport – how impactful do you think it was for aspiring female footballers?

AR: I think it was massive. So many young girls were inspired by that tournament. I didn’t know I could be a professional footballer as a girl growing up, so for them to see that tournament and the excitement around it will be huge for the next generation. It’s now a feasible dream for these girls to go on and do that and aspire to play in World Cups – it’s our dream to play in the next one too!

What are your goals ahead of the rest of the season and the current campaign?

JP: We’ve got to kick on now – we’re Liverpool Football Club, and it’s time for us to start winning games as a team together. There’s a lot of hard work ahead and there’s a few final pieces we need to get right, but I’m sure we can kick on and achieve what we want before the end of the season.