The launch party for adidas' new flagship store on Oxford Street was the type of star-studded evening you'd expect it to be, with a long list of sport and culture heavyweights on the guestlist. From Premier League ballers like Felipe Anderson and Ederson, through to big spitters like Avelino, Run DMC and the 'Landlord' himself Giggs, the night celebrated some of the brightest voices of our time.

The talent on show was a mix of young stars on the come up and established names who have successfully blazed a trail for others to follow. That spirit was represented in the two Chelsea players in attendance that night, Fikayo Tomori and Ruben Loftus-Cheek.

While Tomori is enjoying a breakthrough season at Chelsea – as part of the club's heralded 'Class of 19' – Loftus-Cheek is arguably the player who made this recent breakthrough of new gen players in West London a possibility, having become the first homegrown talent to make the leap from Chelsea's academy to senior side in over a decade.

Now 23-years-old, Loftus-Cheek is no longer just a prospect – he's an established Premier League and England national team talent who will be looking to make a massive impact on his return from serious injury in the coming weeks. At the adidas store in Oxford Street, it’s refreshing to see the 6’4" giant healthy and visibly returning to fitness

The night as a whole is a reminder of how far Loftus-Cheek has come – he's made the journey from academy prospect to England international, and is now an ambassador for one of the world's biggest brands. He's the first symbol of what Chelsea fans have long called for: "one of their own".

We caught up with Ruben Loftus-Cheek as he enters comeback season to chop it up on what it means to be a leader for Chelsea's new gen, his experiences of being out on loan, and his ambition to claim back his England place in time for Euro 2020. 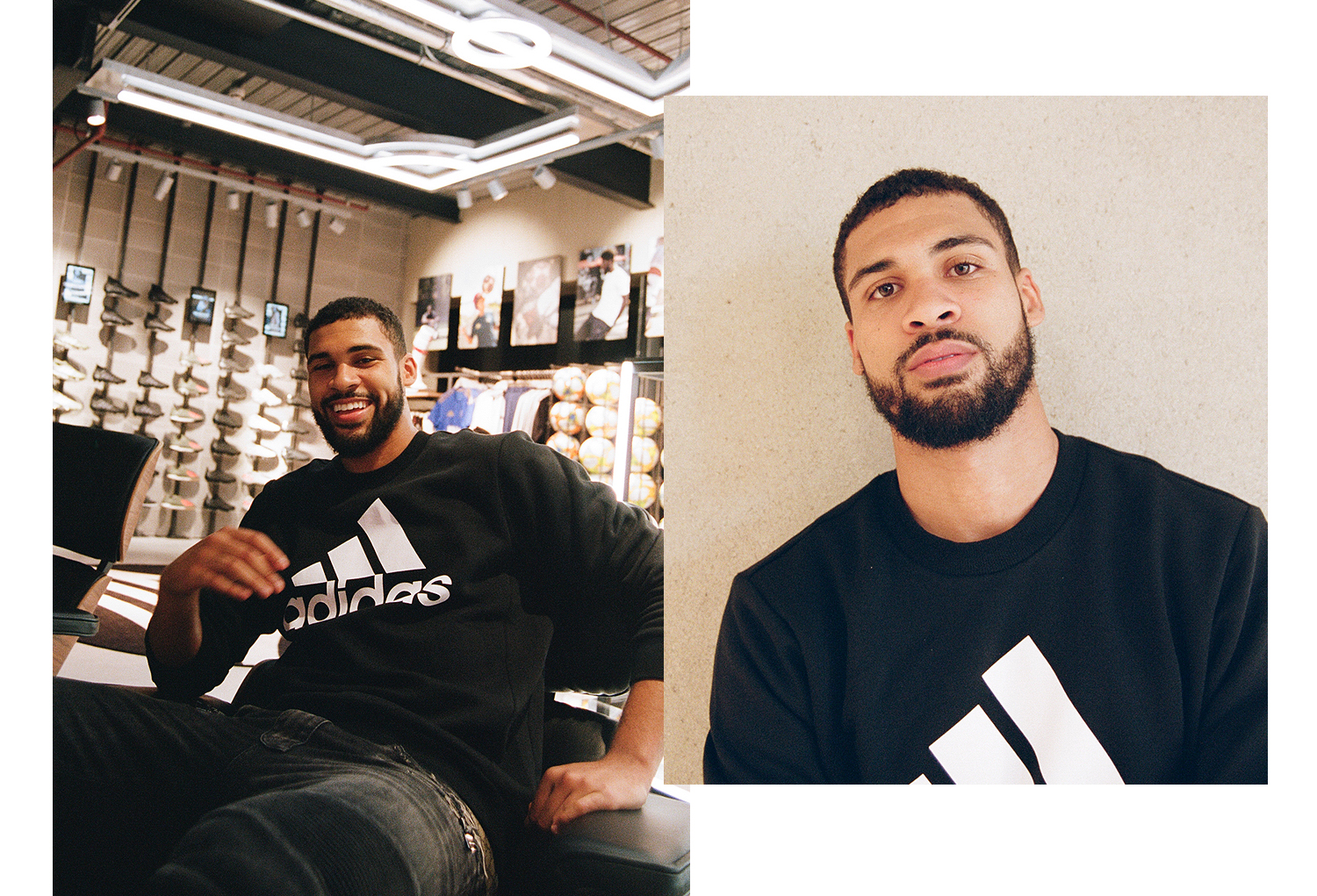 VERSUS: Right off the bat, it’s almost six months since you sustained your injury at the end of last season. How are you feeling right now and how is the recovery from injury going?

Ruben Loftus-Cheek: It’s going well! It’s been a long time and I’ve had a few setbacks as well. It’s never been just a straight path but I’m close now…I’ve been running and moving, I feel I’m right on the edge. I’m close and I can’t wait.

It was quite a big injury. You were having a good spell in the team and missed out on the Europa League Final…

That one hurt me, man. To be a part of that campaign all the way through and play my most minutes in that competition, only to miss out on the final, was devastating but I have to move on, I can’t wait to come back stronger.

What is it like to be a Chelsea player right now with academy graduates balling out everywhere?

It’s a good time to be a Chelsea fan with the amount of academy prospects coming through and doing so well in the team. Scoring goals and being so young, the future is really bright. The vibe around the place is wicked so it’s good times ahead. 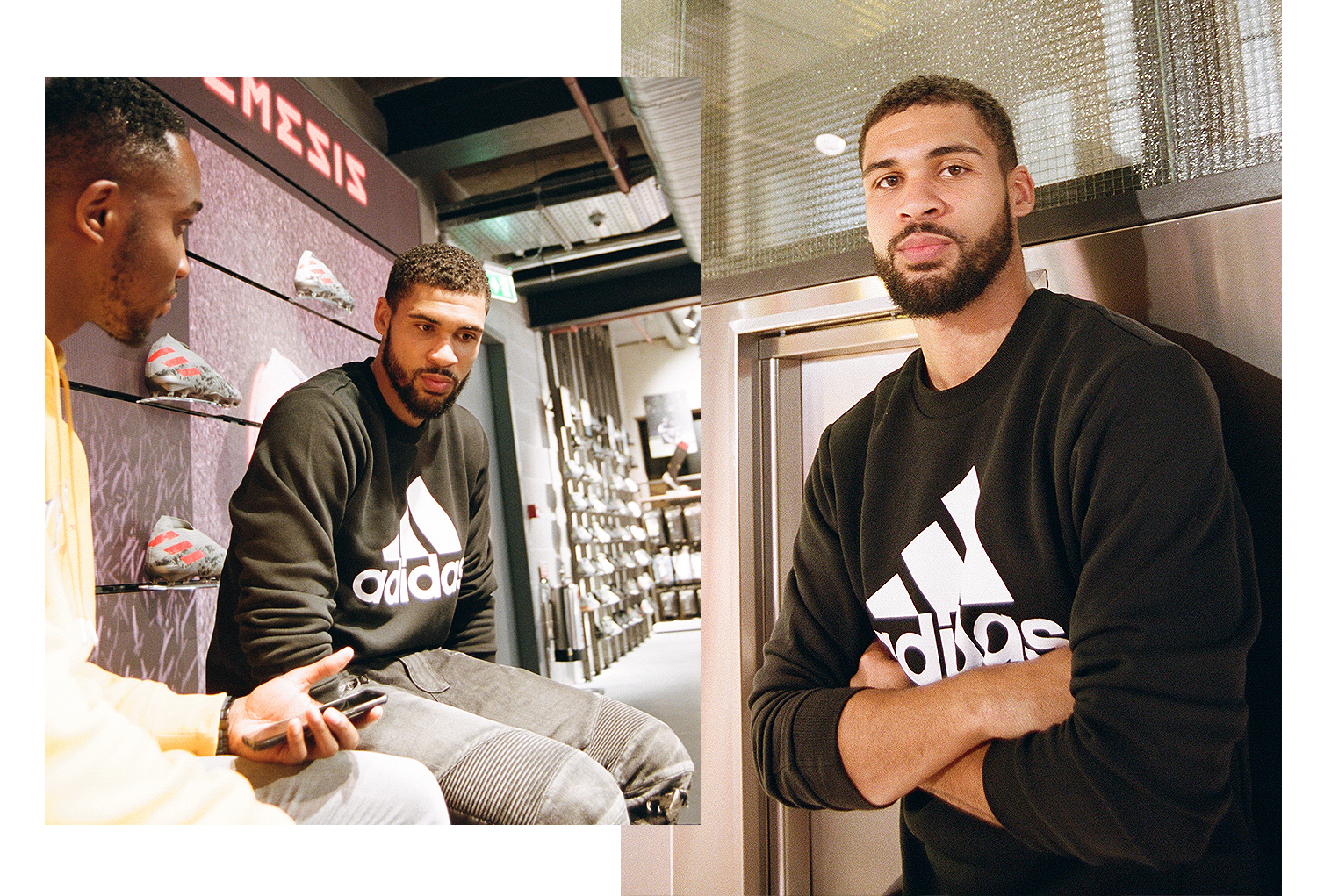 “It feels good to be the one who led the way for the new boys coming through at Chelsea.”

How is that for you? I wouldn’t say you are an elder-statesmen but out of the academy graduates, you have been in the first team for the longest and the others are now emulating what you have done.

It feels good to be the one who led the way for the boys coming through. It’s good to know that the boys look up to you as you have done it before them…and those boys who look up to me will soon have younger boys who will look up to them so it all goes hand in hand. The more academy graduates in the team, the better.

Your ‘Lewisham Ballack’ chant is one of my favourites. You grew up in Lewisham and the Ballack comparison is obviously a big compliment, but who was your favourite player growing up?

It was actually Zidane – Zidane was just mesmerising. I was starting to understand football as a kid just as he was coming to his last legs, even though he was still balling out!

You’ve played over 70 games for Chelsea now but it seemed to take a while for your chance to come and you only ever had one loan spell at the club, unlike others who seemed to be out on loan all the time. Why did you not go out on loan more?

I actually wanted to go out on loan! But it’s a thing where if you are good enough, even though you are young, the club wants you to stay and find your way into the team because they think you are good enough. Unfortunately, that doesn’t happen easily, so I forcibly made the decision that I wanted to play more and went to Palace. A lot of people still call me young but I don’t feel in that category anymore…but I think they feel that because I haven’t played as many first team games as other players my age. In experience I feel young but I’m sure after this injury I can hit the ground running and keep playing regularly.

How was that Palace experience for you because you got a lot of game time and the fans loved you too?!

I love that place. I loved playing for Palace and being back in South London – that was my first experience of playing Premier League football. It was amazing and I just wanted to keep playing every week and I got my England debut off the back of that and life was so good and then to come back to Chelsea…it was a rocky start because I couldn’t get into the team straight away and I had to keep trying and trying but by the second half of the season I was playing a lot. 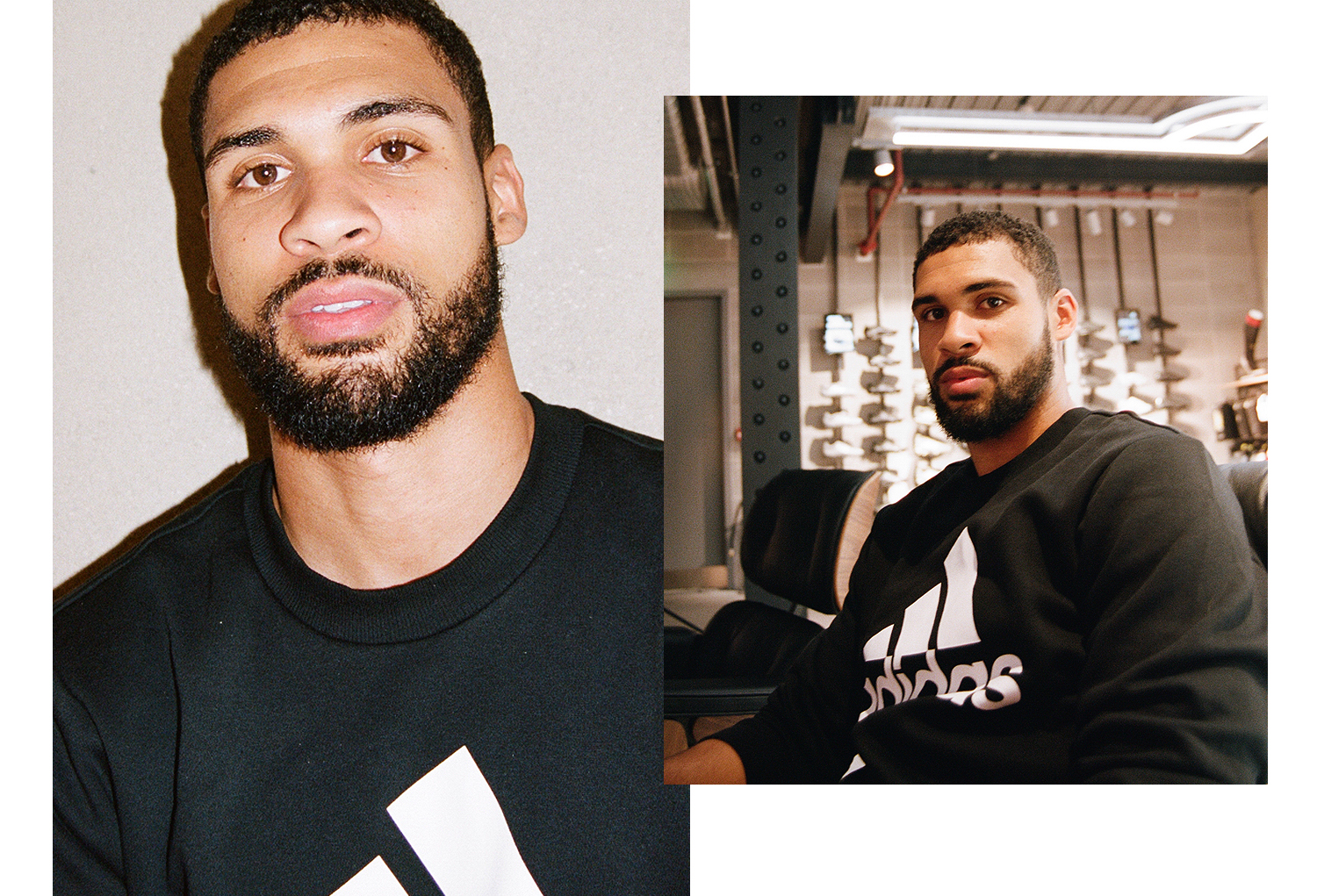 “I want to have half a season playing well and stake my claim for Euro 2020.”

At Palace and during your academy days, you played a lot of positions. A former manager even said they would love to see you up top as a striker. Where do you see yourself playing in seasons to come?

I’m most effective as a box-to-box midfielder. Getting up and down, creating and also defending. I’ve played in a number of positions because I’m versatile so it’s easy for managers to move me around. I played left and right midfield at Palace but I managed to do well. That’s cool when you’re coming up but as I’m maturing I kinda want to nail down one position and hopefully that position is box to box.

Going forward for you…the return is near and the fans have been wanting to see Ruben, what is the goal for you? I’ve mentioned you are a role model for the other boys, but not only have you played for Chelsea, you are an International player. Euro 2020 is coming up. Is that a target for you?

Of course! I remember when I was at Palace and the World Cup was in the summer, I fractured my ankle and I was only back for six games before the squad was selected. That was a short amount of time but even then it was a target for me, so hopefully now I can get half a season of playing well and stake my claim. Obviously going to the World Cup and playing a little bit there helps – and hopefully playing regularly in the Chelsea team is the start I need to get back with the national team.

Was the World Cup the best experience of your career so far then?

Yeah man, I can’t explain the feeling! Imagine you are a young kid playing football. You dream to play for England and then you go to a World Cup and get to a semi-final…I saw some stuff from back home when we were out there, but it was like like living in a bubble. You are just training and so focused without really knowing what’s going on at home. When I got back, I saw some videos of the fans when we were scoring and stuff, it was immense. 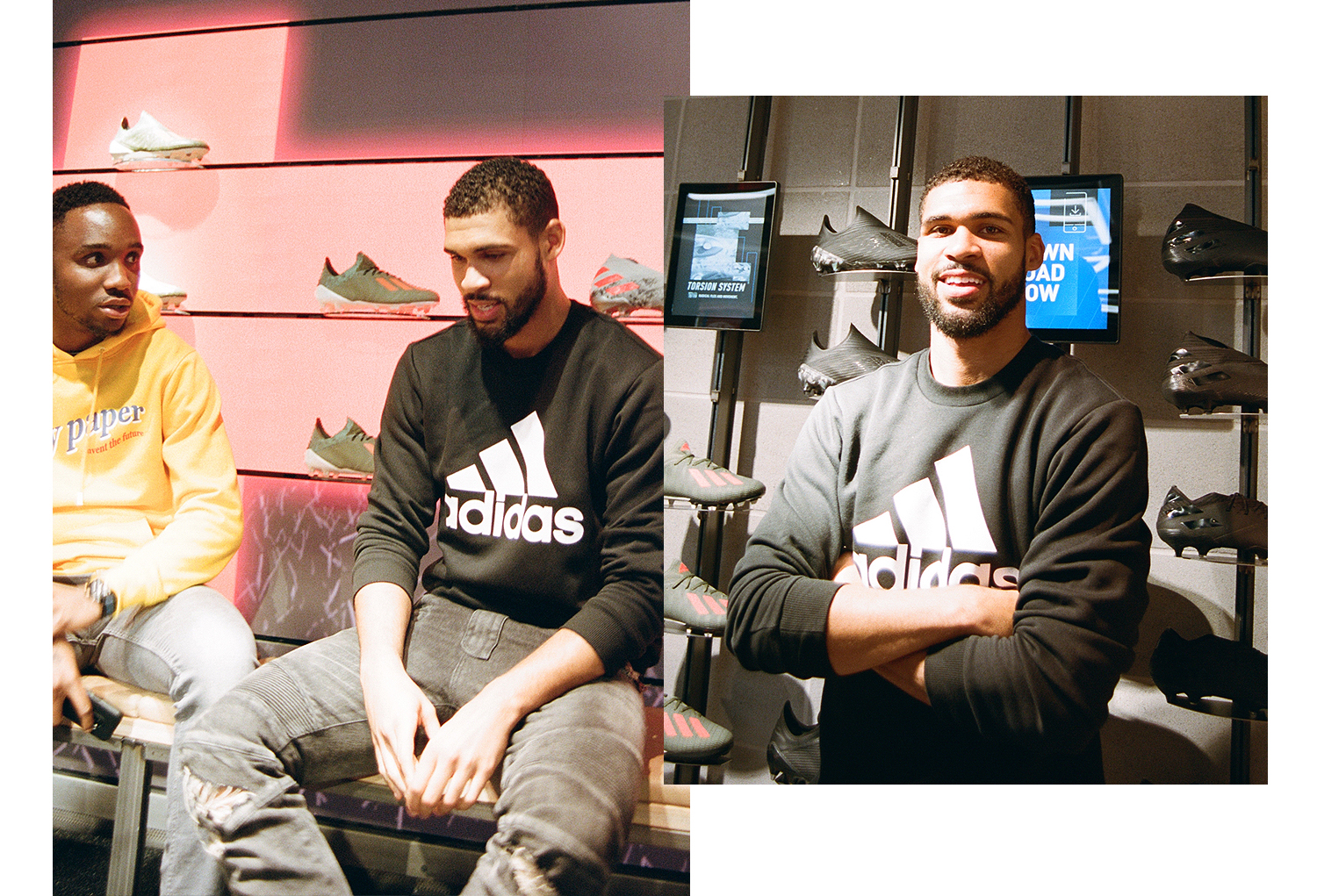 “When fans start getting your name on the back of their shirt it’s mad. That’s a moment you have to cherish.”

I spent a lot of time that World Cup in Boxpark Croydon and I was there with people supporting you and wanting you to come on, which shows how far you’ve come as a player from a youth prospect to an international player.

Do you know what, a big thing for me is those moments where you kind of take a step back and say I’ve come this far. Like when fans start getting your name on the back of their shirt it’s like…it’s mad! And them chanting your name and stuff is another one that feels like a big moment. Those are the memories you have to cherish because they take you back to how far you’ve come and how hard you’ve worked.

What’s in the water around Lewisham because there are a lot of you ballers from around there like Jonathan Panzo who you played with for a bit, Josh Maja, Joe Gomez and a few others. What is it about south that makes you different?

I was actually speaking about this, I don’t actually know. Must be some freak period in life, I couldn’t tell you. I played against Joe Gomez a few times when we were younger. I personally played in cages a lot, and maybe they did the same thing. You get good with the ball at your feet fast, but I don’t know. It’s so crazy to have top ballers coming up and repping South London.

Ruben Loftus-Cheek was speaking at the launch of adidas’ new flagship store on Oxford Street, London.