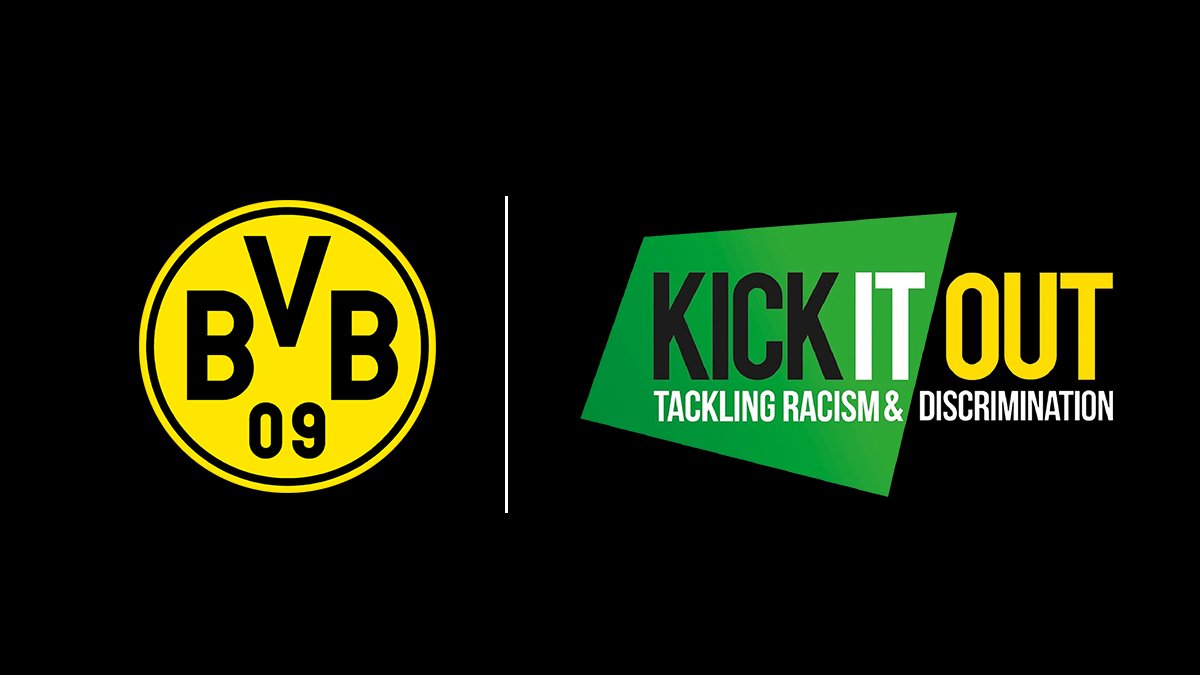 Kick It Out and Borussia Dortmund have announced a new partnership aimed at tackling all forms of racism and discrimination.

Both Kick It Out and BVB will help to raise awareness for organisations and individuals who are actively engaged in fighting against any form of discrimination. A weekly content series will be hosted on on the club’s English Twitter channel @BlackYellow, which will share compelling stories of organisations and individuals that are working to combat all forms of discrimination within and outside of sport.

Both Dortmund and Kick It Out have been at the forefront of making the game more equal in recent years. Kick It Out have been operating for 25 years and worked diligently in driving equality, inclusion and cohesion for everyone who plays, watches or works in football, while Borussia Dortmund were awarded the prestigious #EqualGame Award for the club’s role in promoting diversity, inclusion and accessibility in football in August 2019 as part of their ongoing actions in tackling racism and discrimination in the football community.

Rosin Wood, CEO of Kick It Out, added: “We’re delighted to be teaming up with Borussia Dortmund, a club with a global audience and a strong record in promoting equality, inclusion and diversity. Their proactive work in this area is an example for others to follow and we look forward to working with them to promote some of the great work going on to make football a better sport for everyone.”

BVB and @KickItOut have joined forces to tackle all forms of racism and discrimination!

To celebrate the announcement, Borussia Dortmund will give away two limited-edition jerseys with the messaging “Borussia Verbindet – Gemeinsam gegen Rassimus” (Borussia Connects – United Against Racism). Make sure you follow the instructions in the Tweet above to be in with a chance of winning one of the limited-edition shirts.

In related news, the Premier League recently launched a BAME advisory group to uplift voices of minority players and coaches.