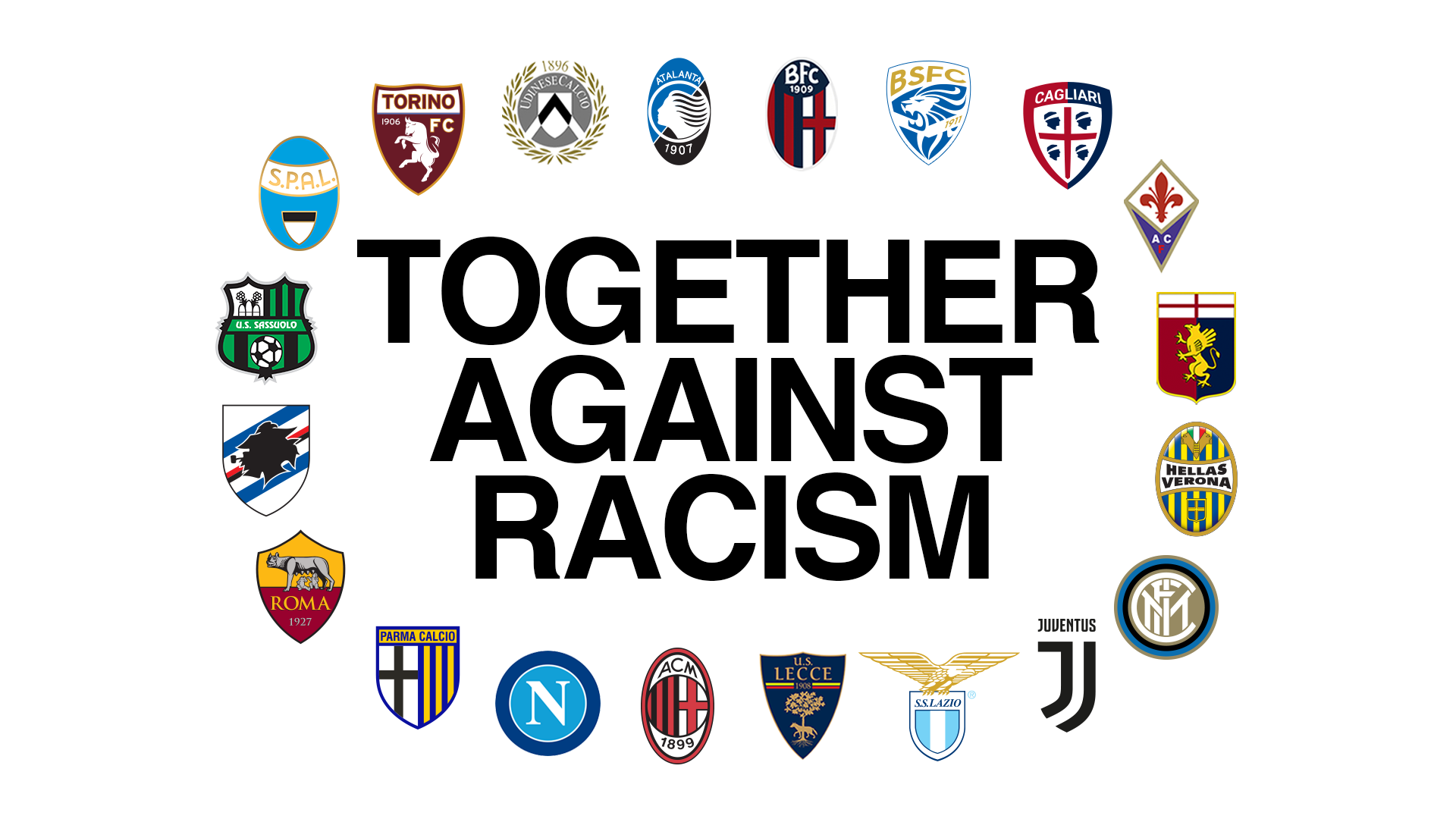 Image via Serie A

All 20 Serie A clubs are publicly challenging themselves to do better by asking for a more robust anti-racism policy and stricter new laws and regulations in a new open letter.

In the letter, clubs publicly acknowledge the problem that Italian football has with racism, admitting that not enough has been done over the years.

Within the letter, they pledge to be united in the fight against racism moving forward, with Serie A determined to lead the way by “delivering a comprehensive and robust Serie A anti-racism policy, stricter new laws and regulations and a plan for educating those within the game about the scourge of racism.”

Read the open letter in full below.

We have to publicly recognise that we have a serious problem with racism. It’s a problem that we have not done enough to combat over the years. Images of players being racially abused in Italian football have been viewed and discussed all around the world this season and that shames us all.

No individual should ever be subjected to racist abuse – inside or outside of football – and we can no longer stay silent on this issue or wait for it to magically disappear.

Driven by the clubs, positive conversations have been held in recent weeks with Lega Serie A, FIGC and international experts on how to tackle and eradicate this issue from the game.

We, the undersigned clubs, are united by our desire for serious change and Lega Serie A has stated its intention to lead the way by delivering a comprehensive and robust Serie A anti-racism policy, stricter new laws and regulations and a plan for educating those within the game about the scourge of racism.

We don’t have any more time to waste.

We must now act with speed, with purpose and with unity and we call on you, the fans, to support us in this vitally important endeavour.

The open letter in Serie A follows footballers in the Netherlands top two divisions protesting against racism by refusing to play the opening minute of the last round of fixtures, indicating that clubs across Europe are beginning to understand that much more needs to be done in the fight against racism in the game.