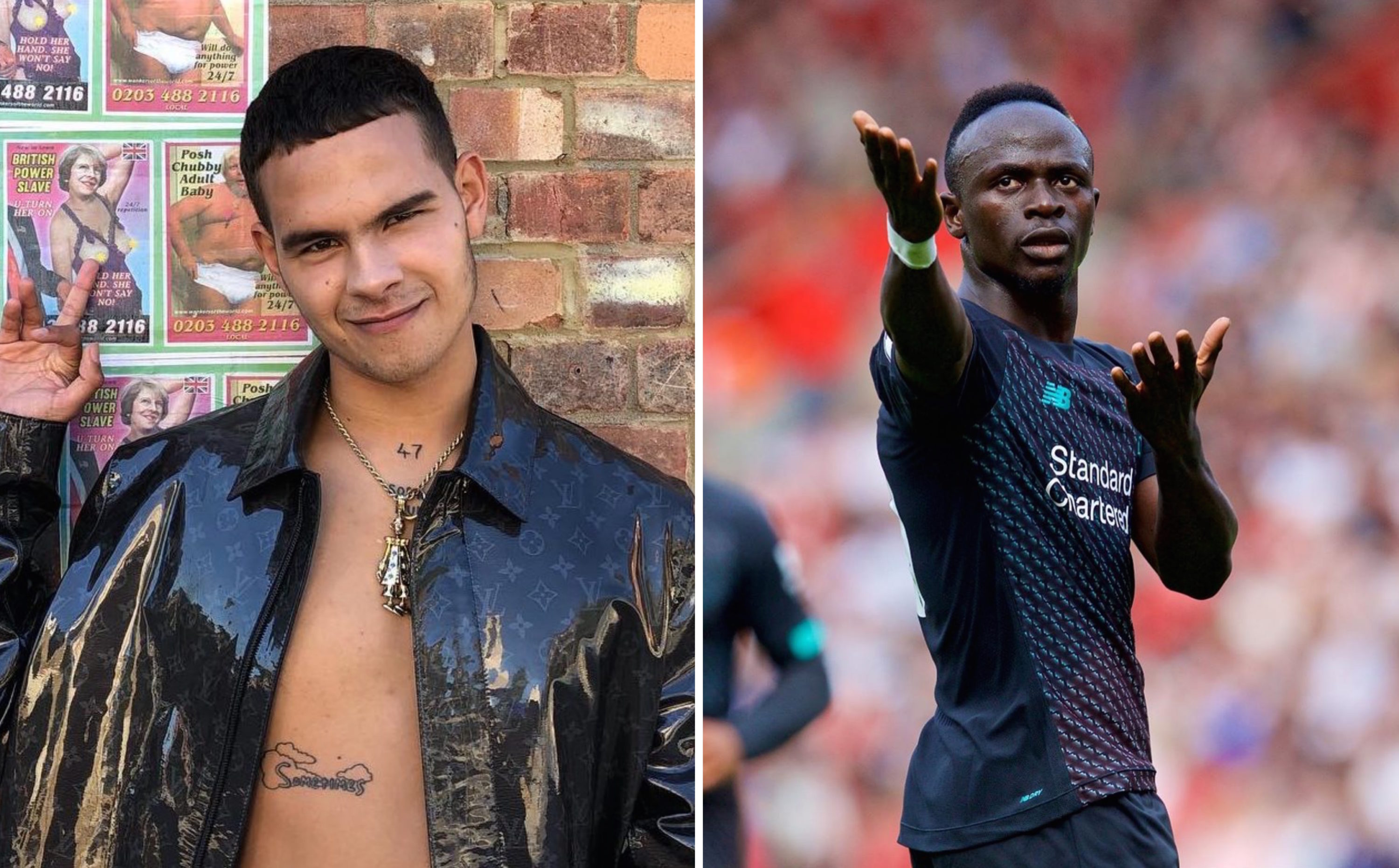 slowthai has opened up on his love for Liverpool in a new interview with the club’s official website, where the Northampton rapper explains how he became a Red.

The Mercury Award-nominated musician has enjoyed a similarly successful year to the club he loves, producing one of the best album’s of the year with ‘Nothing Great About Britain’ and becoming one of the most exciting talents in UK music with rowdy headline performances and frenetic festival slots.

Football has always been a big part of the 24-year-olds life, with ‘Nothing Great About Britain’ track “Gorgeous” anecdotally documents one of his early trips to see Liverpool with his stepdad, while the video sees him head to his local side, Northampton Town, and don their strip on their home pitch.

THREE LIONS FROM THE DIRT, NOTHING GREAT ABOUT BRITAIN VIDEO OUT NOW I LOVE YOU ❤️

Speaking about why he supports Liverpool, slowthai said: “It began through my stepdad. He basically raised me, and he had family that lived up in Liverpool when he was a kid and it was passed down through the family. I didn’t really have a choice. That’s all I knew from when I was a little boy.

“They were always my team, man. I always loved Michael Owen and Steven Gerrard – that’s who you wanted to be when you were a kid kicking the ball outside your house.

“I’d put Sadio Mane on the back of my shirt now. He’s my guy. He’s undeniable. I feel like he can be the best player in the world.”

He also remembers Istanbul as a fan clearly: “One of the earliest games I can remember clearly – because I was mad young – was Istanbul.

“Then it went to penalties and Dudek was the man, with his spaghetti legs. It was just that moment. And then lifting the cup afterwards, I felt that I was part of it. I felt like I went through all the emotions on that day.”

Speaking about Liverpool’s current form and potential to win the Premier League, he said: “Definitely! No doubt, man. I won’t shut up about that! We have been the champions of Europe many a time now; we are the kings. We are the greatest football team in the world.

“With Klopp, he’s the greatest manager, our team at this point in time is the best team.

“I’m ready. As soon as we lift that trophy – it’s still early but I feel like we are going to have a proper strong season – as it gets a bit closer and we are there and we are lifting it, I’m there. I’m gonna probably write about 20 songs.”

Read the full interview on the Liverpool FC website, and in other music news, Stormzy, Ed Sheeran and Burna Boy have released the visuals for new track, “Own It”.