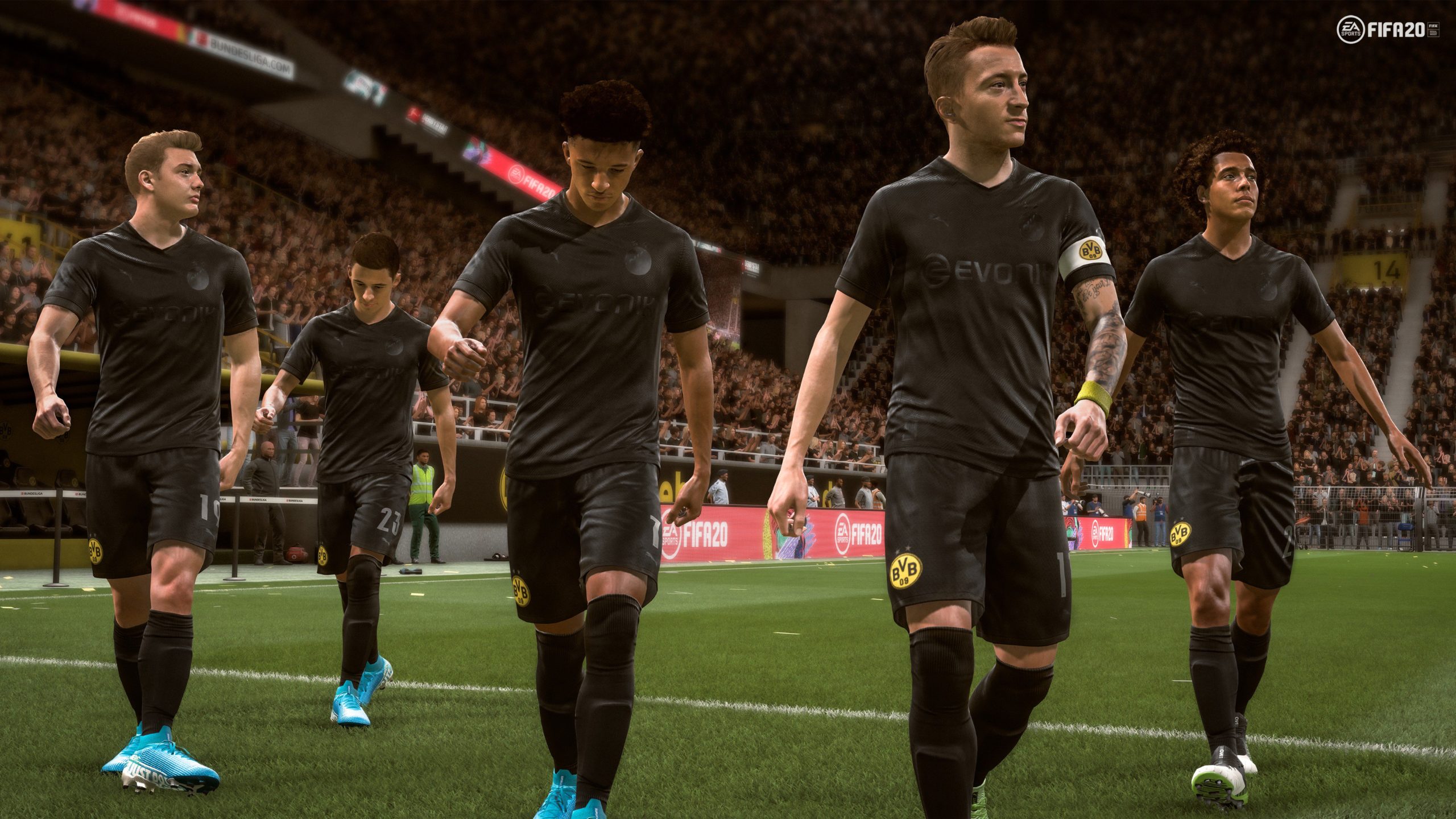 Everything on the kit is completely blacked-out with the Puma logo, Bundesliga badge, BVB badge and the Evonik shirt sponsor all completely murdered-out, while a subtle tonal pinstripe zigzag pattern running throughout the jersey. The PUMA-produced kit paid homage to the “coal and steel, rooted in our home” associated with the industrial Ruhr district of North Rhine-Westphalia that Dortmund call home.

The one-off kit sold out quickly before BVB’s 5-0 drilling of Fortuna Düsseldorf at Signal Iduna Park last weekend, where captain Marco Reus and Jadon Sancho both bagged twice and Thorgan Hazard added another in a cold-blooded display in the blacked-out strip.

Despite it selling out IRL, the kit can now be copped and worn in-game on FIFA 20 now, with Jadon Sancho sharing the news on his Instagram below.

Borussia Dortmund have also agreed a huge €250 million extension on their current PUMA kit deal – let’s hope for more shirts like this between the pair in future.