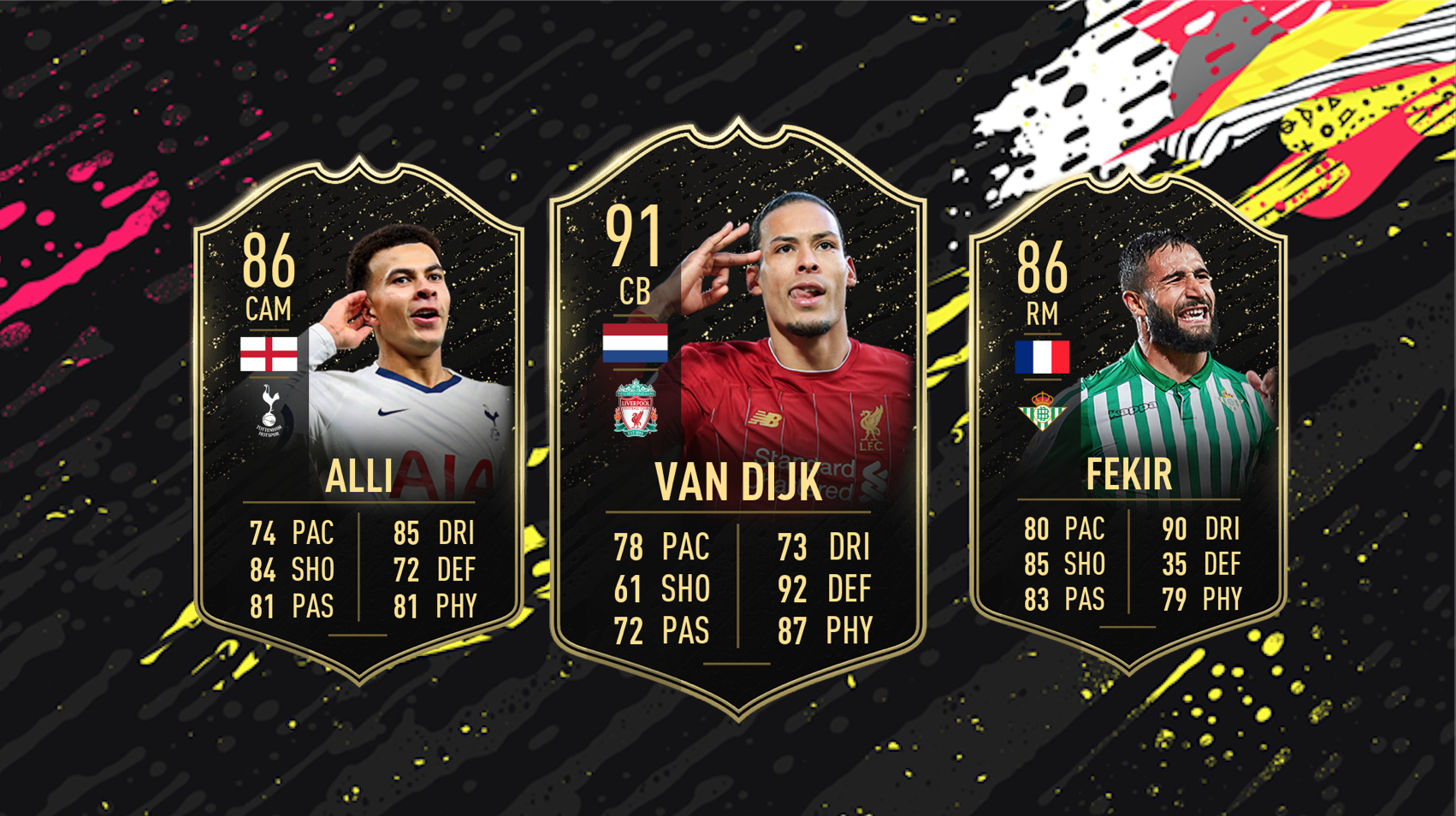 Virgil van Dijk has been handed a huge stats boost in FIFA 20’s new Team of the Week, solidifying him as one of the most dominant players in this year’s game.

After scoring two headed goals in Liverpool’s win over Brighton at the weekend, VVD has been blessed with an upgrade to 91 overall with stand-out stats that include 92 defending and 87 physical. The Dutch defender also has a 78 pace rating, making him an all-round dominator.

Dele Alli has been killing it with Spurs under Jose Mourinho and the baller earns his first in-form card of the season this week. His new card makes him one of the deadliest centre mids in FIFA 20, with 85 dribbling and 84 shooting. Nabil Fekir, Martin Ødegaard and Ciro Immobile are some of the other big players making up this week’s squad.

Brentford’s 21-year-old talent Josh Dasilva also makes the cut after a killer start to the season. The ex-Arsenal prodigy scored a hat-trick from central midfield in a 7-0 win over Luton Town, confirming him as one of the most exciting talents outside of the Premier League.

The new FIFA 20 Team of the Week is available in game from 6pm.