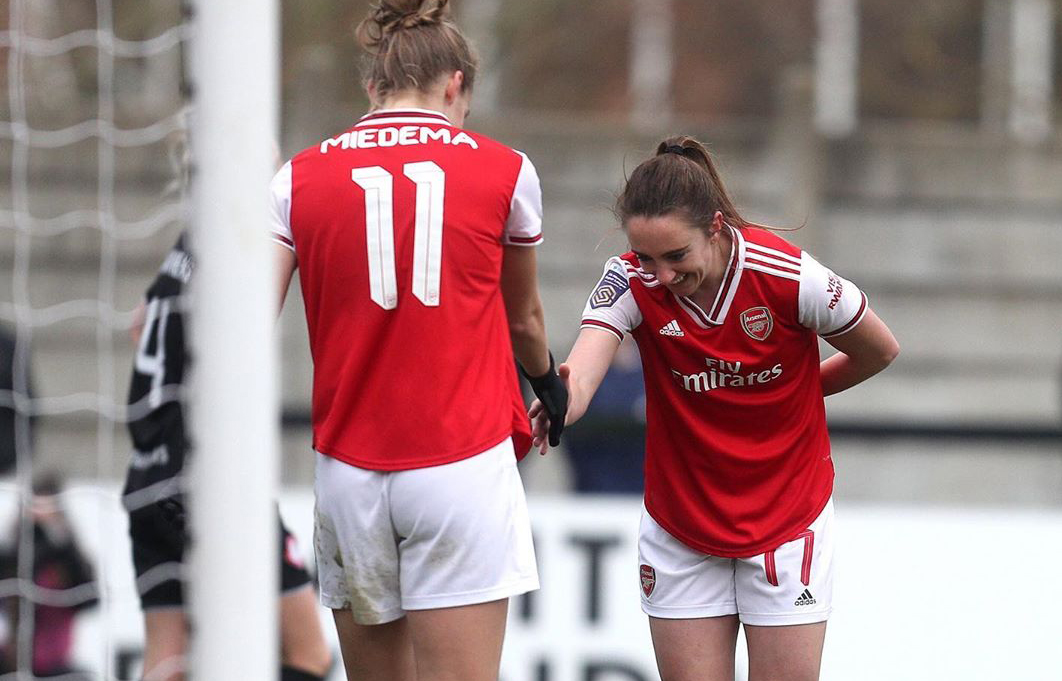 Arsenal Women broke multiple Women’s Super League records in their 11-1 drubbing of Bristol City this weekend, with the result sending the Gooners top of the league.

23-year-old Dutch striker Vivianne Miedema was the star of the show, bagging six and assisting four in the best WSL performance of all time, eclipsing her own previous record of 5 goal involvements back in 2018.

Needing to make up an eight-goal margin to go top of the league, Arsenal Women quickly made light work of the goal difference by going 9-0 up within an hour of play – with the final result the biggest victory in Women’s Super League history.

Speaking about her virtuoso performance, Miedema said: “I don’t even know what to say. Obviously getting a result like this is really good for us. I thought we played really well. I was actually happier assisting the other girls today. I love setting up goals. It just feels good.”

Check out one of her pin-point assists from the game below.