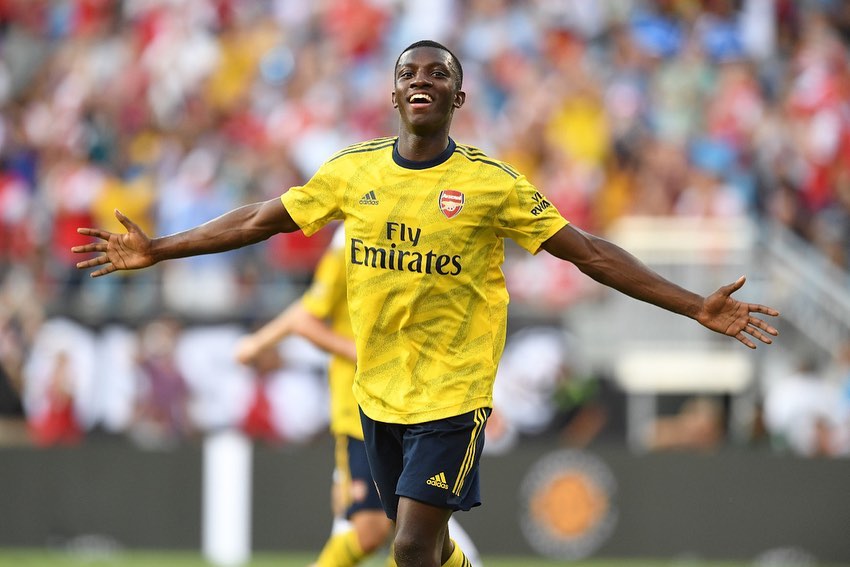 Arsenal bagsman Eddie Nketiah will stay at Arsenal for the rest of the season rather than go back out on loan after the Gunners recalled him on loan from Leeds United.

The 20-year-old was strongly-linked with a loan move to Championship side Bristol City, but Nketiah reportedly turned down the move to try and fight for his place in the senior set up at The Emirates, with Mikel Arteta set to hand the young baller a chance to showcase his lethal goal-scoring ability after he impressed the Spaniard in training.

Nketiah only started two league games for Leeds, but despite having to make do with limited time on the pitch, Nketiah regularly made an impact off the bench, bagging five goals in his spell at Elland Road.

Arsenal are without top goalscorer Pierre-Emerick Aubameyang for the next three matches through suspension, and Nketiah will be looking to capitalise in his absence with some gametime at his boyhood club.

He will face competition from record signing Nicolas Pepe and Alexander Lacazette for minutes alongside 18-year-old striker Gabriel Martinelli, who has scored 8 goals in all competitions this season.

Nketiah will also be expected to feature in the fourth round of the FA Cup and the last 32 of the Europa League, with Arsenal having progressed in both competitions.