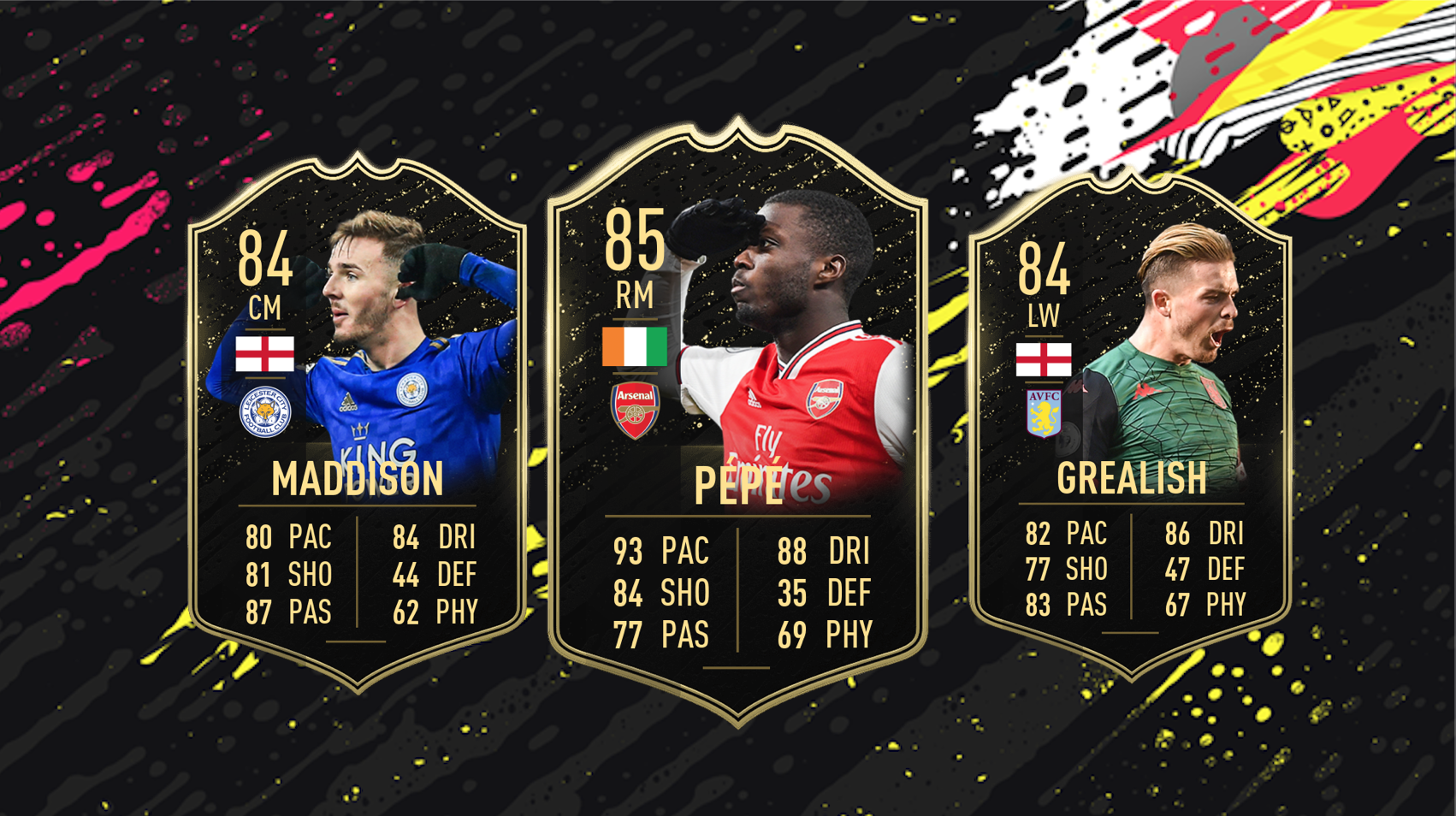 EA SPORTS has just dropped off another stacked list of players included in the latest FUT Team Of The Week, and plenty of Premier League players have been blessed with some serious upgrade cards.

The most notable in-forms are two of England’s brightest young attacking midfielders in James Maddison and Jack Grealish, who both receive boosted 84-rated cards after their goalscoring antics for Leicester City and Aston Villa respectively.

Elsewhere, Nicolas Pépé lands an 85-rated in-form after his goal and assist against Manchester United, while Ciro Immobile (89), Raphael Varane (87) and Papu Gomez (87) are the other highly-rated upgrades available. Check out the full TOTW squad list below. 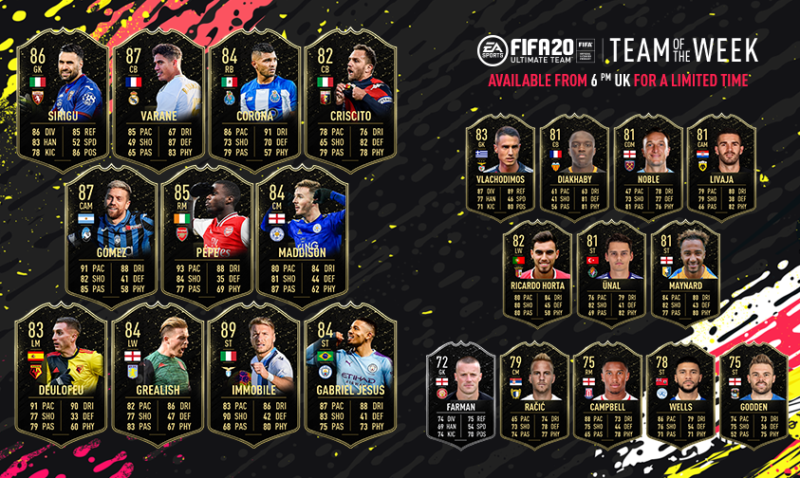 In other FIFA 20 news, Leo Messi, Sadio Mané and Kylian Mbappé have received monster upgrades in FIFA 20’s Team of the Year.