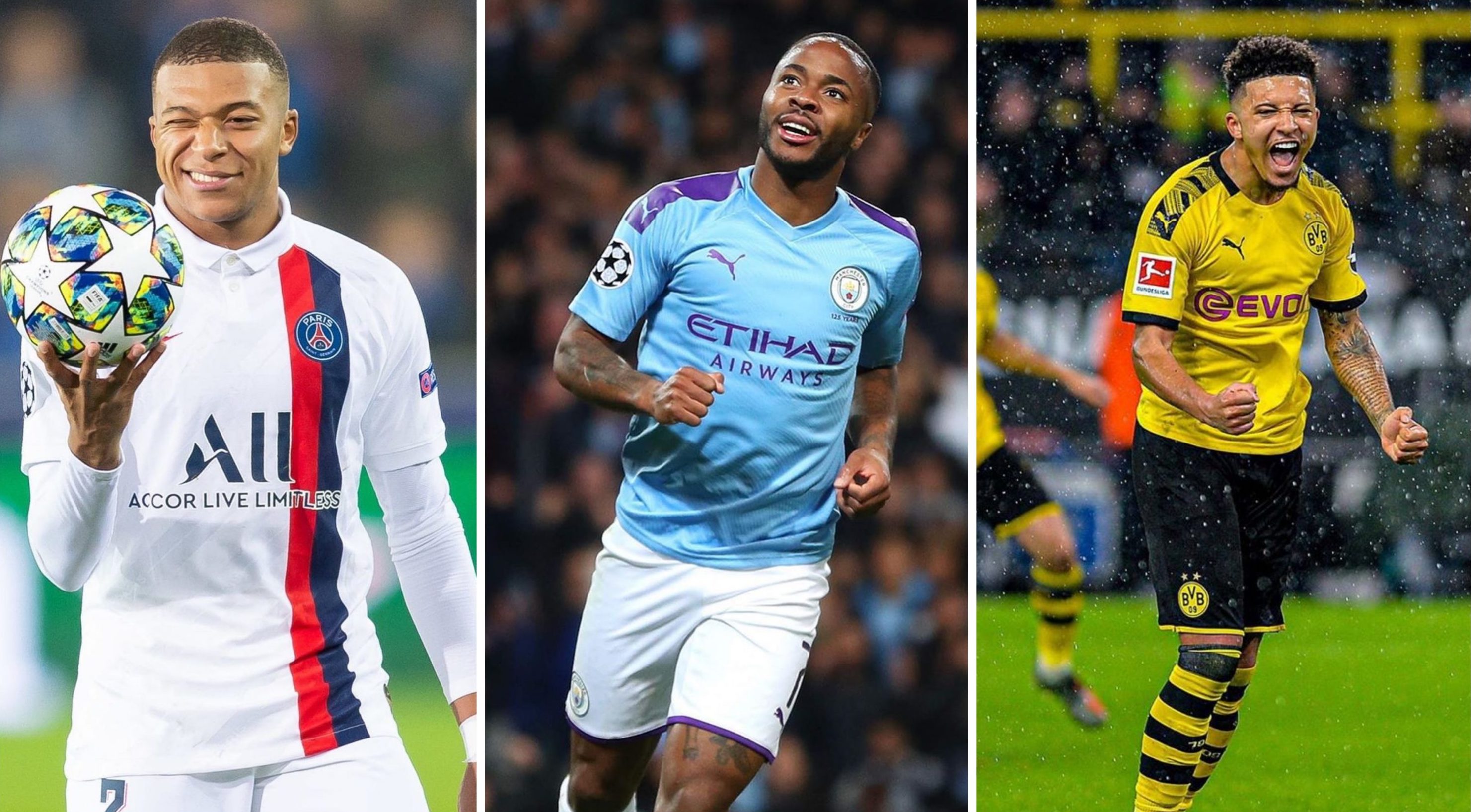 Kylian Mbappé, Raheem Sterling and Jadon Sancho are among the top 5 most valuable players in the big-5 leagues in 2020, according to renowned sport studies centre CIES.

The CIES Observatory have looked at the players with the greatest estimated transfer values in Europe’s elite leagues, and PSG’s French talisman Kylian Mbappé tops the list with an estimated value of €265 million.

Manchester City and England forward Raheem Sterling is the second most valuable player with a value of €223 million, with Liverpool’s Mohammed Salah third overall with a value of €175 million.

Jadon Sancho finds himself among the top five most valuable players in the game after his value skyrocketed to €168.9 after the Camberwell-born baller enjoyed an incredible 2019 which saw him finish as the Bundesliga’s best young player, scoring 12 goals and registering 14 assists in 2018-19.

The Premier League dominate the CIES list, with eleven out of the 20 big-5 league footballers with an estimated value of at least €100 million playing for EPL clubs. Check out the top 20 most-expensive players according to the CIES Football Observatory below. 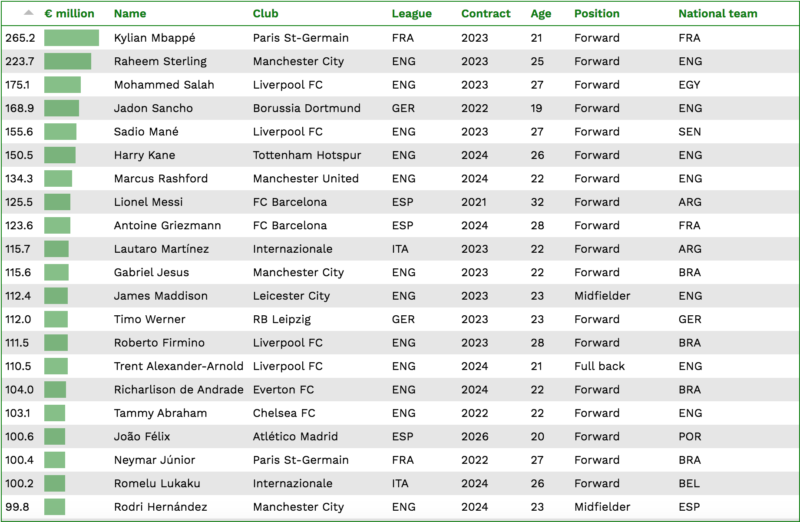 You can look at the CIES Football Observatory’s most valuable players list in full here, and find out more information about the the research team’s approach on estimating the transfer values here.

Kylian Mbappé has also recently been blessed with a monster upgrade as part of FIFA 20’s Team of the Year.