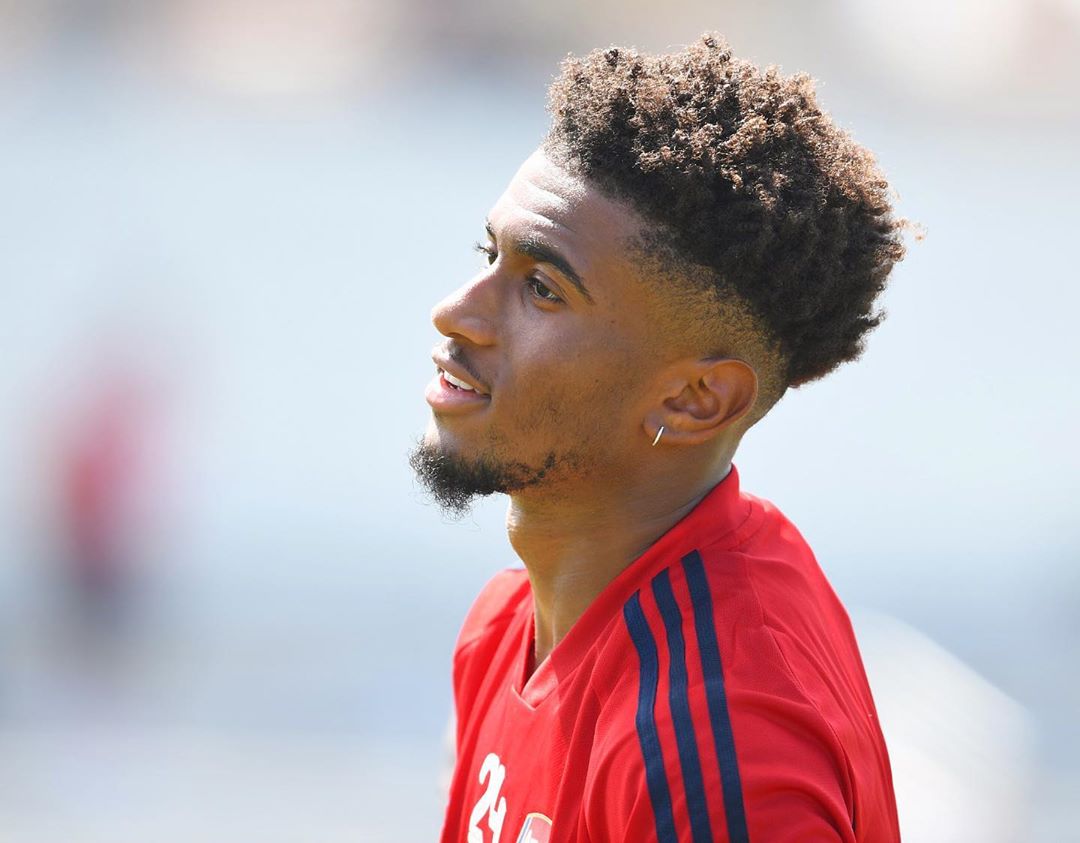 Reiss Nelson has opened up on his “brotherhood” with fellow South London baller Jadon Sancho and said that new Arsenal boss Mikel Arteta “has a plan” to make him a better player.

Speaking with The Guardian in an insightful new interview, Nelson discussed his come up as a talented youngster in South London alongside the Borussia Dortmund star, and reaffirmed that it’s nothing but love between the pair.

Speaking about growing up kicking ball with his day one, Nelson said: “It was always: ‘Reiss and Jadon, who’s better?’ or ‘Reiss and Jadon, play football’, and it was getting a bit annoying and boring for us. We’d be out, like in a nice place, and someone would just throw a ball and say: ‘These two, battle each other!’ It got to a point where we were both just like: ‘Nah, we can’t just go messing around with each other all the time.’ It’s more of a proper brotherhood – he’s like my brother. It’s not a battle like some people say.”

Reiss Nelson has been labelled “the future of Arsenal” by new manager Freddie Ljungberg. The new manager revealed leaving the 19-year-old out of the matchday squad for the club’s game against Norwich as his toughest decision in selecting his debut side. Ljungberg discussed the decision process he went through in selecting his first team while backing Nelson to become a key player for the club going forwards, saying: “There are difficult decisions to be made, for example I left Reiss Nelson back home in London, which for me is really hard because he’s the future of this club in my opinion, a great talent.” Arsenal play Brighton on Thursday night. Read more on @versus. Photo: @sirius.film for VERSUS

Nelson also discussed new manager Mikel Arteta, who he believes can help improve his game with his individual man-management skills: “You look at the likes of Sterling and Sané, and you see them before at their previous teams, they weren’t doing what they do now. I think that is credited to Pep [Guardiola], of course, but Mikel as well because they said he did a lot of one-to-one work with them. They are two top players.

“You can see it because Mikel’s drive is different. I haven’t seen a manager with that much determination to make individuals into better players. I was doing one thing with one of the players on the training pitch the other day. He came over and he showed me one thing to do and it is that little detail that is incredible. I think he has got a plan, and it is going really good.”

Read the full interview in The Guardian, and revisit our exclusive interview with Nelson from the Arsenal’s pre-season tour in LA, here.In other young baller news, Billy Gilmour has officially moved into the Chelsea first team set up.