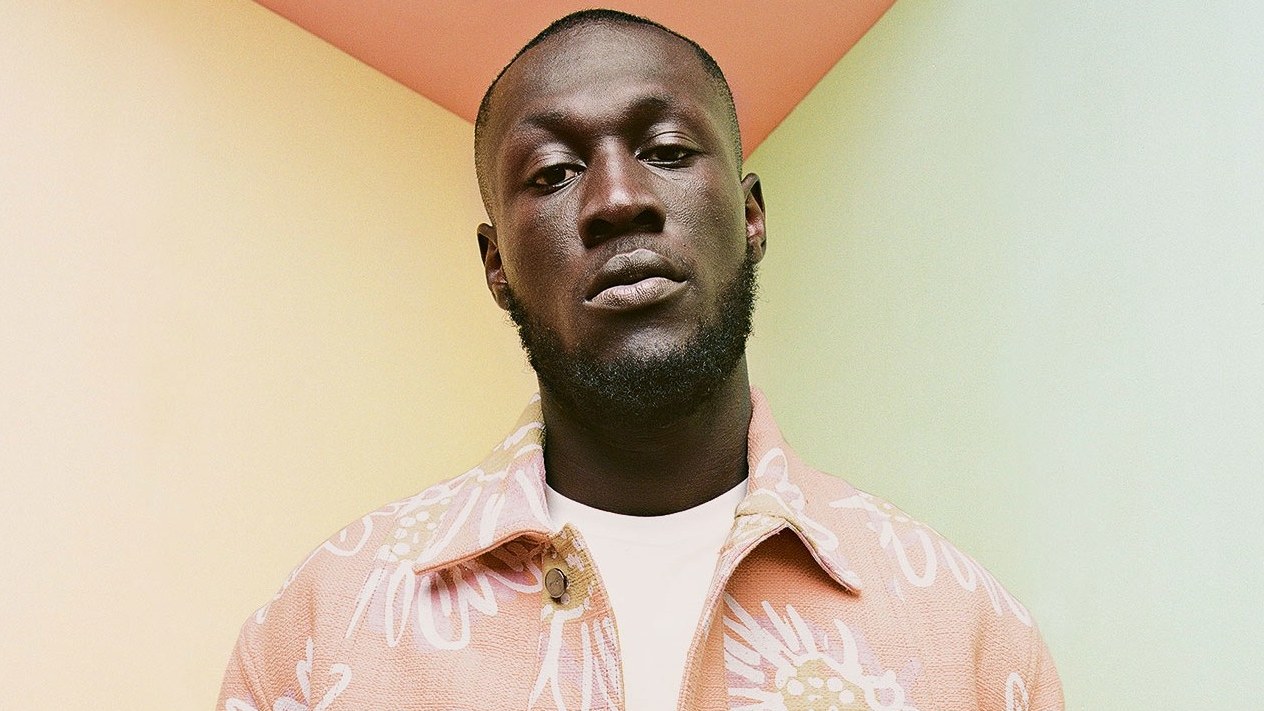 Stormzy is the latest cover star for GQ, and the publication called on Guardian Editor Gary Younge to interview the 26-year-old fresh from the release of his sophomore album ‘Heavy Is The Head’.

The extensive interview finds Big Mike on fine form, where the Croydon-raised artist touches upon Black Britishness, his iconic Glastonbury headline slot, politics, and how he aims to replicate the feeling of that performance in the future ahead of his 58-date global arena tour, which starts later this month.

Below are some of the best takeaways from the essential interview, which you can read in full on GQ:

On the state of Britain: We’re living in a time where people are scared, anxious or worried about their future and the future of the country, so those higher up are clearly manipulating that and playing on it, and playing on people’s fears and insecurities. It’s sadly a very divisive time and there’s evidently a long way to go.”

On Boris Johnson: “I see it more black and white. [Boris Johnson] is literally not for man. He has made it clear in his vocabulary and in the stances he takes. I always feel, as a country, as a people, that we should always be trying to uplift one another. Give it a chance.”

On Black Britishness: “It’s super deliberate, in my pronunciation, in my diction, in my stance, in my dressing, in my attitude. This is Black British. I wear it with pride and honour. Man grew up on Skepta, Wiley, Ghetts, Wretch [32]. I didn’t grow up listening to Nas and Rakim. I knew about tracksuits and Channel U and Krept & Konan and Roadside Gs. So I’m super Black British.

“We should never be under the water. Black British is part of British culture. But they don’t always get thrown to the forefront. We’re a part of it, but we’ve been getting left out of the conversation. I make a point of it. There’s this whole spectrum. There’s me, Malorie Blackman, Dina Asher-Smith, Raheem Sterling, Derek Owusu, there’s Ballet Black. And they take one of us, like Idris Elba or Stormzy or Sterling: the one black guy per mainstream media per two years.”

On his motives behind the Glastonbury headline slot: “Loads of black people tuned in, but I knew this would be a lot of white British people’s first proper one-on-one experience with the art we do, our culture, our style. So it can’t be the Stormzy show. It’s like a whole lesson and presentation and display of everything Black British, South London, grime, rap, soul, R&B, garage. That’s what it was: ‘Hey, England. This is our art. This is it.’ I knew a lot was riding on it.” 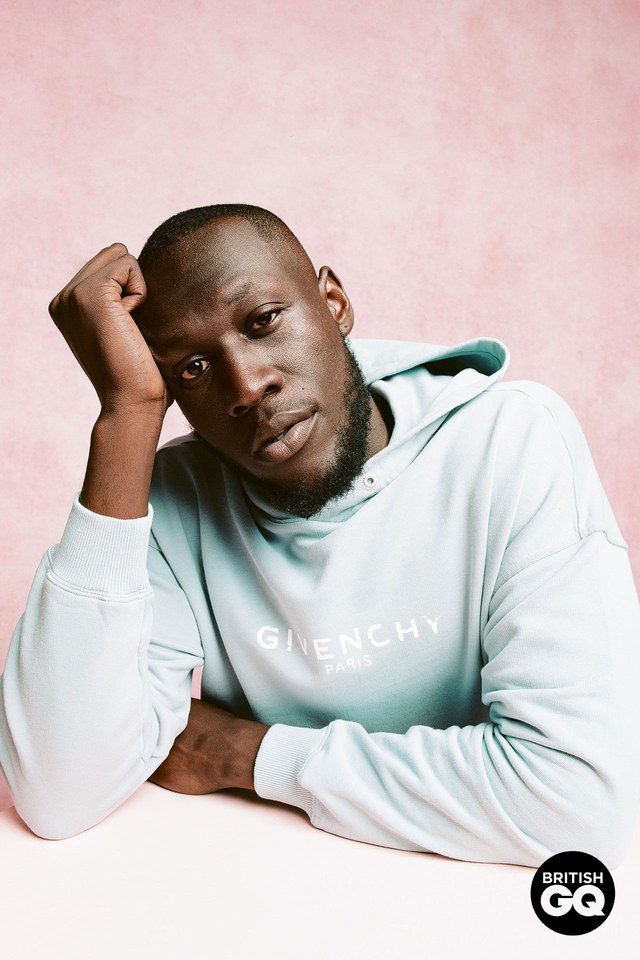 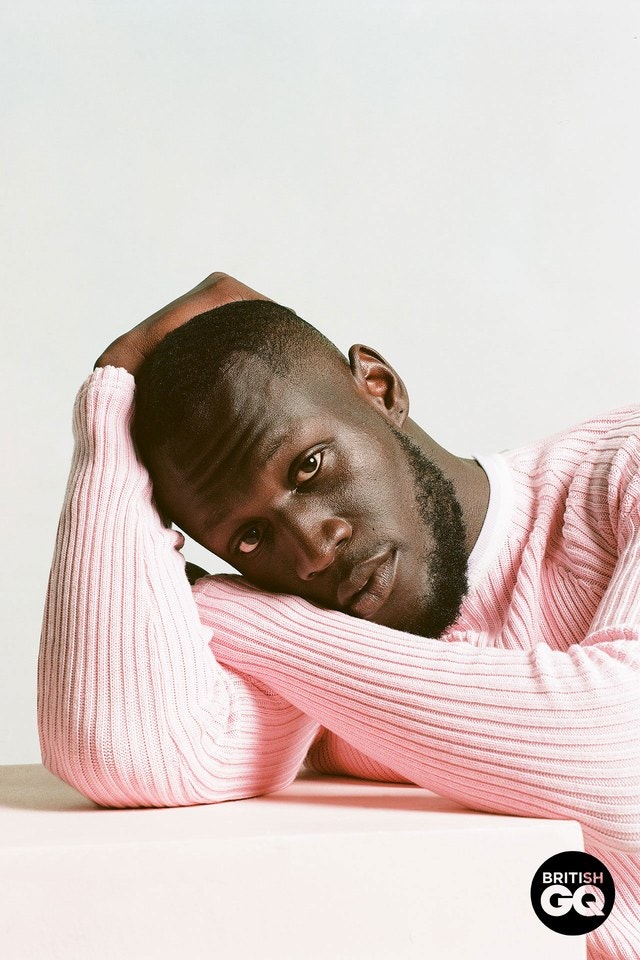 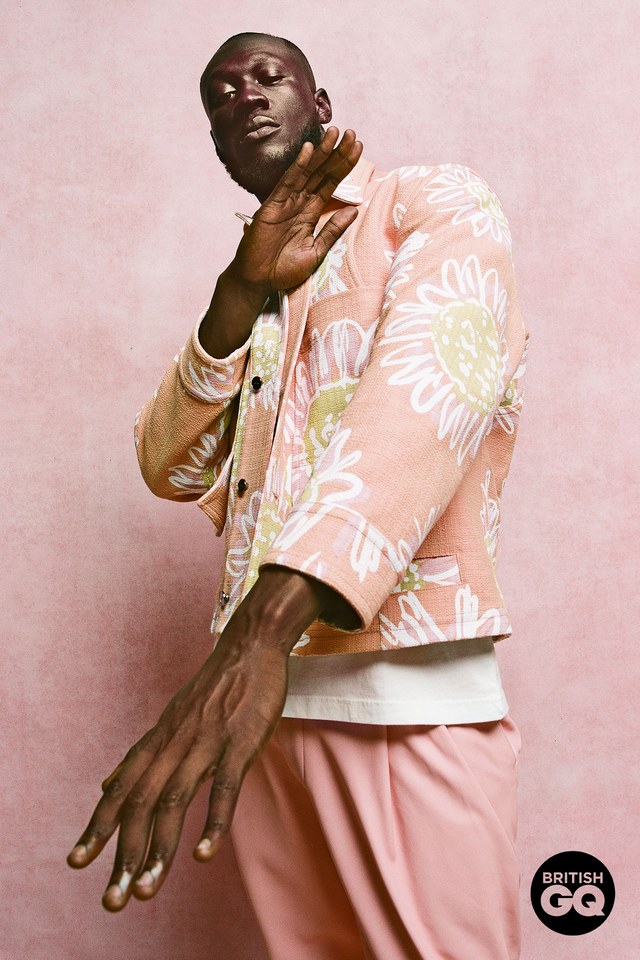 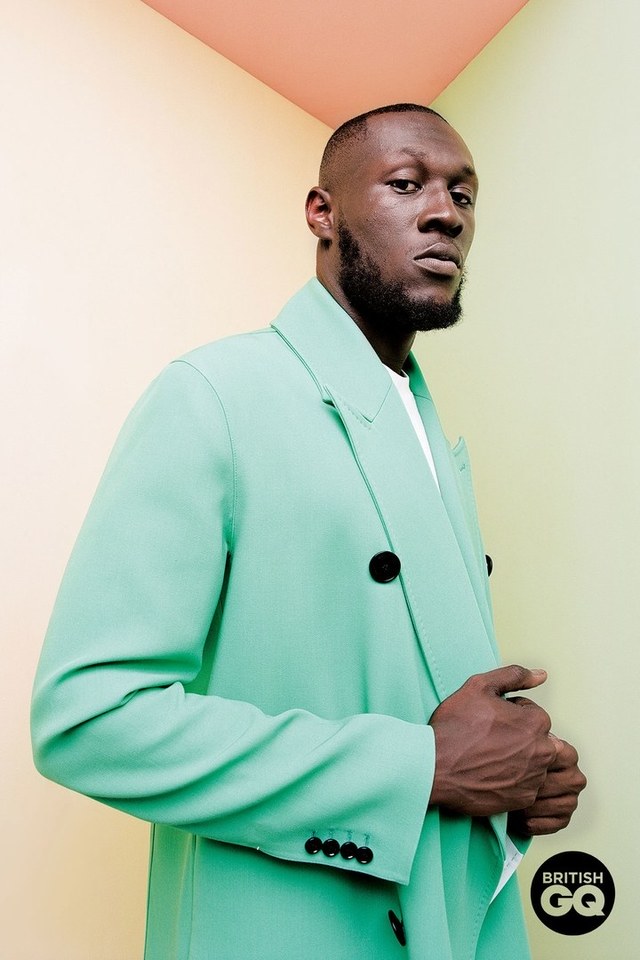