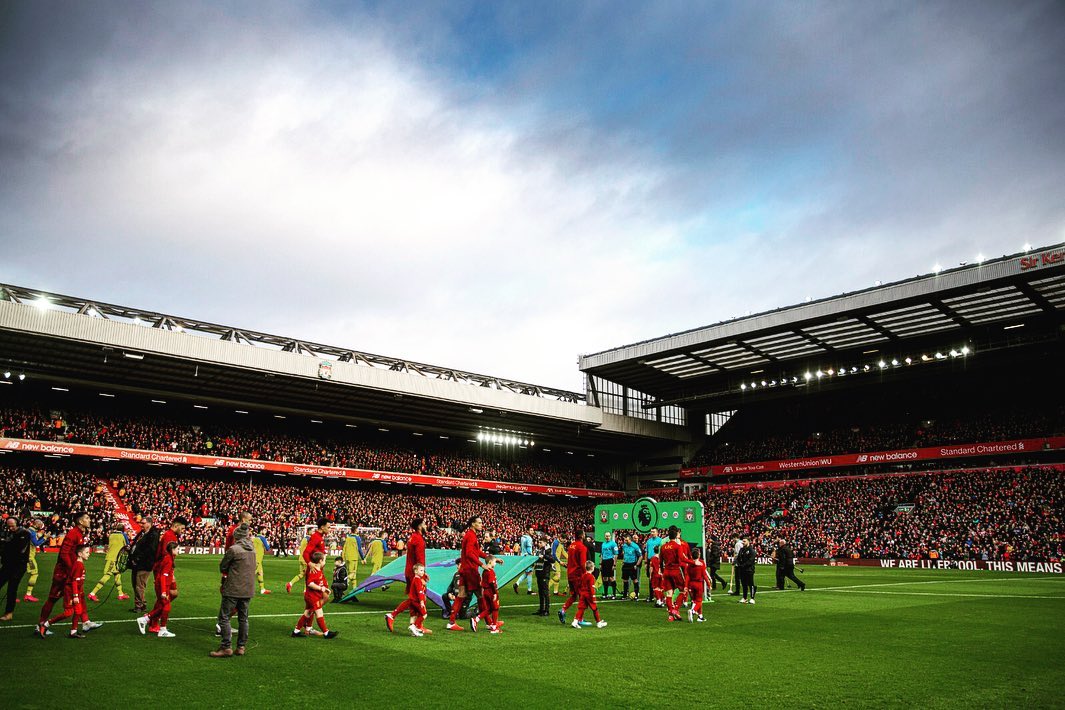 With no more fixtures will be played until at least early April due to the pandemic, no collections for FSF – a charity set up to support the city’s most vulnerable – will take place at Anfield for the foreseeable future.

The Reds’ first-team squad have now pledged their support to charity initiative Fans Supporting Foodbanks to replace fund-raising at their cancelled home games, with 25% of the charity’s donations coming from matchday collections. Liverpool will now donate £10,000 per game for their four remaining home matches.

Thanks to all our fans for the continued generosity shown in supporting @SFoodbanks, which makes a real difference to lives in the local area ❤️

New foodbank collection points have also been set up at the club’s stores around the city and an online fundraising page set up.

“We hope the collective backing of the club’s first-team players, LFC Foundation and Red Neighbours programmes, and staff, can help to alleviate concerns around the absence of the usual matchday collections,” said LFC Foundation director Matt Parish.

“Our fans have consistently gone above and beyond in their backing for Fans Supporting Foodbanks in recent years and we would encourage anyone who is able to make a donation at any of our collection points or via the online fundraiser.”

Liverpool’s donation follows on from an open letter penned by Klopp to the club’s supporters on Thursday, which was openly backed by World Health Organisation director Dr Tedros Ghebreyesus:

“First and foremost, all of us have to do whatever we can to protect one another. In society I mean.

“This should be the case all the time in life, but in this moment I think it matters more than ever. I’ve said before that football always seems the most important of the least important things. Today, football and football matches really aren’t important at all.

“If it’s a choice between football and the good of the wider society, it’s no contest. Really, it isn’t. The message from the team to our supporters is only about your well-being. Put your health first. Don’t take any risk. Think about the vulnerable in our society and act where possible with compassion for them.”

Thank you Jürgen Klopp and @LFC for your powerful message to the world. Put people's health first, reduce risks, care for the vulnerable and compassion: this is the @WHO way. We will win the fight against #COVID19 if we are working together. #coronavirushttps://t.co/h6uGF8ZiRJ